Home » Entertainment » TV » TLC’s Biggest Stars: How Much Are They Worth?

TLC’s Biggest Stars: How Much Are They Worth? 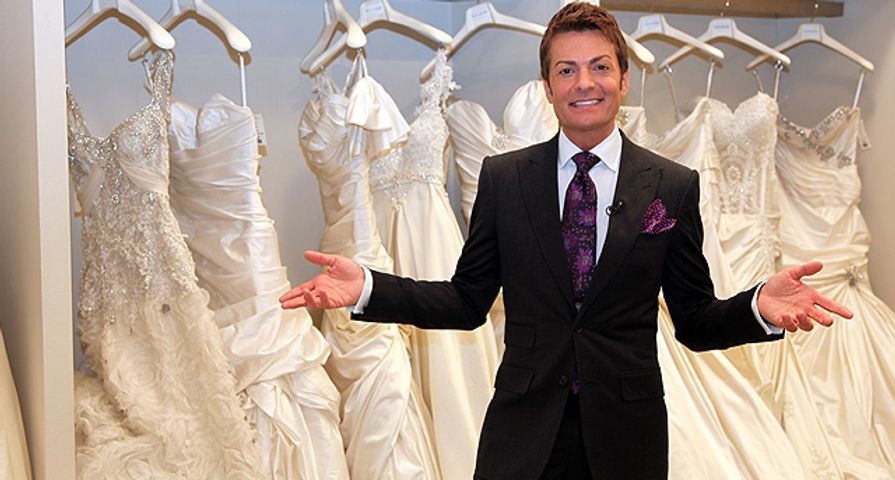 TLC started off as “The Learning Channel” and has since expanded into a reality TV dynamo network. Over the past few years, TLC has turned many “regular” people into stars by filming their lives that are anything but regular to viewers. With so many different stories being told, fans have watched loyally each and every season, and now those once regular people are full-fledged reality stars, and their lives have been changed by the fortune that comes with fame. As everyone is well aware, reality stars are not on the same level as other celebrities, which makes many wonder just how much do they get paid to broadcast their lives to the public? For a better idea, check out how much some of TLC’s biggest and most popular stars from shows both past and present are worth!

Estimated Net Worth: $4.5 Million. The Roloff family may have found fame back in 2006 when TLC first premiered Little People, Big World, but they also run a successful family farm. While the Roloff’s were first reportedly paid somewhere between $1500 to $3000 each when the series first began, 18 seasons later it is one of TLC’s most successful shows, and they are being paid accordingly. Business Insider reports that each star earns up to $10,000 episode while Celebrity Net Worth has now split Amy and Matt Roloff’s net worth as $4.5 million!

Estimated Net Worth: Unknown. As shows like 19 Kids and Counting and The Willis Family got scratched from TLC due to some serious situations, Outdaughtered has become one of the network’s newest family favorites. Danielle and Adam Busby began sharing their story in 2016 on the series which featured the parents, who already have a daughter Blayke, then welcome the only all-female set of quintuplets. Fans were quick to notice that the couple had a nice house and seemed to be able to care for six children, and five babies, with little financial struggle. While their net worth is unknown, it is estimated they make anywhere from $25,000 to $40,000 per episode which can equal $1 million a year and in addition, Adam reportedly makes over $80,000 a year in his career. In addition to their TLC series, and Adam’s career, they also opened a cycling business, and it is safe to assume that they are very well off.

Estimated Net Worth: $200 Thousand. Back in 2015, TLC embarked on telling a unique story through teenager Jazz Jennings who knew since she was two that even though she was born a boy she wanted to be a girl. I Am Jazz has now been through four seasons documenting Jazz’s transition and life as a transgender teen, and the show’s popularity has made Jazz one of the network’s biggest stars! Before TLC came calling, Jazz was a YouTube star and was earning money as a Clean & Clear representative and along with the series has also sold books and made endorsement deals. Jennings is said to make around $10,000 episode and reportedly has a net worth of $200 thousand.

Estimated Net Worth: $800 Thousand. Fans of TLC know Kody Brown as the polygamist at the head of the series Sister Wives. He is the legal husband of Meri Brown and has a “spiritual union” with three other women, Janelle, Christine, and Robyn. The show debuted in 2010 and has had great success on TLC, leaving Kody with an estimated net worth of $800 thousand. Meanwhile his wife Janelle has an estimated net worth of $400 thousand, as does his wife Meri.

Estimated Net Worth: $3.5 Million. Bill Klein and Jen Arnold each had their own money before becoming reality stars thanks to the series The Little Couple. Arnold is a neonatologist while Klein works in medical supplies and telemarketing which help the two get the funds to adopt two children. Reality stardom and a successful series has also helped greatly with their income, especially as they dealt with launching their own business, and Jen’s battle with cancer. The pair now have an estimated net worth of $3.5 million.

Estimated Net Worth: $3 Million. Theresa Caputo has risen in the ranks of as one of TLC’s favorite stars after her hit series Long Island Medium debuted on the network in 2011. Despite skepticism from some critics, the series has now gone on for eight seasons, and Caputo has taken her medium skills internationally as well. Between the show’s success and Caputo’s own bubbly personality, she has also landed some commercial appearances and endorsements, and now has an estimated net worth of $3 million.

Estimated Net Worth: $3.5 Million. At one point, the Duggar family had the most popular show on TLC with 19 Kids and Counting. After a slew of scandals surrounding Josh Duggar, the show was cancelled, but TLC didn’t give up on the family. Now, Jessa and Jill Duggar star in the spin-off Counting On.. with their own husbands and families, and of course, appearances from their siblings. Along with having their own jobs, the entire Duggar family now has an estimated net worth of $3.5 million.

Estimated Net Worth: $1 Million and $800 thousand. TLC’s hit series has always been one of the most contested on the network, but it didn’t stop them from creating the now cancelled spin-off, Here Comes Honey Boo Boo. The series followed one particular contestant, Alana Thompson aka Honey Boo Boo, and her family in Georgia. Despite being depicted as “rednecks,” the show proved to be very profitable for the family, leaving the family’s matriarch “Mama June” with an estimated net worth of $1 million, and Honey Boo Boo with her own net worth of $800 thousand. The family is now back on TV with their new show, Mama June: From Hot to Not, which follows Mama June’s dramatic weight loss.

Estimated Net Worth: $4 Million. Say Yes to the Dress has a simple concept, but it is one of the fan-favorite series on TLC, and has now run for 14 seasons. As all kinds of different brides from all different walks of life search for their perfect wedding dress at Kleinfeld Bridal in Manhattan, they can always count on the expert advice and often hilarious opinion of Randy Fenoli. After success as a fashion designer he was hired on to the prestigious bridal store where he now serves as Fashion Director. Thanks to his popularity on Say Yes to the Dress, he even got his own spin-off series, Say Yes to the Dress: Randy Knows Best and Randy to the Rescue, all adding to a very respectable estimated net worth of $4 million.

3. Stacy London and Clinton Kelly – What Not to Wear

Estimated Net Worth: $8 Million and $2 Million. Fans of TLC will know Stacy London and Clinton Kelly as co-hosts of the extremely popular series What Not to Wear. As one of America’s “premier style experts,” London joined What  Not to Wear in the very beginning and it went on to have a successful 10 season run. Along with her hosting, she has worked as a stylist for many celebrities, and was part of the fashion editorial team of American Vogue and Mademoiselle. Clinton Kelly has also had success as a writer and editor, and a co-host of The Chew. Together, the pair did very well, with net worths of $8 million and $2 million respectively.

10 Things You Didn't Know About TLC's "The Little Couple"

Estimated Net Worth: $10 Million. Buddy Valastro has baking skills most people didn’t know were even possible and has showcased them on TLC with Cake Boss which debuted in 2009. Prior to the series he was a an entrepreneur and family business owner of Carlo’s Bake Shop in Hoboken, New Jersey. The success of the show led to increased business at the bakery and also landed Valastro with spin-off series such as Next Great Baker, Kitchen Boss, and Buddy’s Bakery Rescue. Along with some published books as well, Valastro has now made an impressive estimated net worth of $10 million.

Estimated Net Worth: $200 Thousand. Audiences were first introduced to Kate Gosselin and her then husband Jon and their family when they were first featured on the NBC reality series Home Delivery. After a featured special on Discovery Health entitled Surviving Sextuplets and Twins did very well, Discovery Health signed them on to their own reality series in April 2007: Jon & Kate Plus 8. They then became TLC stars when the network picked up the series after the second season. After their split, Kate continued on with her eight children appearing in Twist of Kate and then Kate Plus 8, and she also did reality appearances on others shows such as Dancing With the Stars. Although Kate was paid very well for her TV appearances, she has maintained that she does not have a lot of money, and has an estimated net worth of $200 thousand.