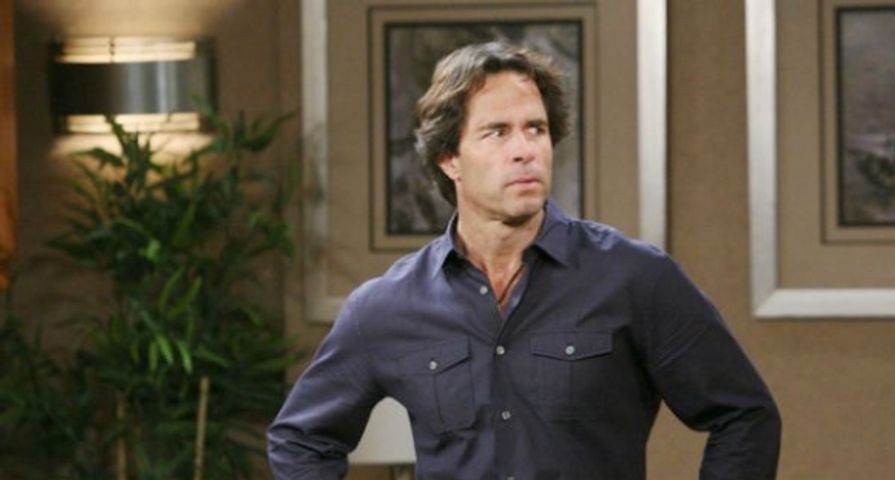 In the land of soap operas, even the dead can come back to life. How many times have Days of Our Lives’ (DOOL) fans thought Stefano DiMera passed on, only to come back? Roman Brady, Hope Williams, Steve Johnson, and others too have miraculously come back from the grave, to once again enjoy life (and romance) in Salem. Still, there are times when dead means dead, and below are the top five DOOL characters that should have never been killed off.

Speaking of Stefano, the man certainly does have nine lives. However, when Hope shot and killed the patriarch of the DiMera clan in early January of this year, DOOL fans and the internet were buzzing. Unlike other instances in the past, Stefano did not fall of a cliff or was presumed dead: this time, Hope actually shot him, three times, and he fell over. Still, anything can happen in the land of soaps, and while it seems his son Andre is taking over the DiMera reins, can anyone really replace the infamous Stefano DiMera? Off the DOOL set, the incredibly talent actor who plays Stefano DiMera, Joseph Mascolo, may feel like it is finally time to hang up his acting shoes. The actor has enjoyed a tremendously successful career playing one of soap operas most iconic villains, and at the age of 86 years young, he has decided to retire. Stefano is not a character you can recast, so perhaps this really is the last Salem will see of him.

The evolution of Jack Deveraux, from zero to hero, throughout the 80s and 90s was a delightful thing to watch. One half of the J&J super couple (along with Jennifer Horton), Jack mixed a bit of slap stick humor, with romance and adventure. Jack and Jen’s relationship was a rollercoaster ride over the years, but at the end of the day, no matter what was thrown at them, they were also a couple who always seemed to find their way back to each other. That is why it was so devastating for fans to see Jack meet his demise in the summer of 2012, when he sacrificed himself to save his daughter Abigail; pushing her out of an elevator, only to fall in and crash to his death. It really is one of those instances where it would be hard to bring such a huge (and popular) character back into storylines. Which makes it that more interesting that the actor who played Jack, Matthew Ashford, is apparently set to make a return to the show. It is being reported that he is signed up for five episodes so far, which will be airing sometime later in the spring.

The Necktie Killer storyline rocked Salem last year, with the initial deaths of Paige Larson and Serena Mason. As DOOL characters without that much history on the show, fans were upset, but no one was really devastated. That all changed, and fast. To further intensive the storyline, Days writers opted to nix beloved fan favorite, Will Horton. Shocking and saddening, Will had real roots within Salem, with a connection to the two biggest families on Days: the Bradys and the Hortons. He was also character that many fondly had watched grow up over the years. Being a victim to the Necktie Killer really did seal this character’s fate of never returning to the show. While anything can happen in the land of soaps, and characters do outrageously return, Will’s death, and the way he passed on would make it difficult to create a believable storyline.

It seems that Days is on a killing spree of some of their current top characters, with Dr. Daniel Jonas being one of the recent victims. While the actor playing Shawn Christian left after his contract was up, killing Daniel off in a car accident and then giving his heart to Brady makes for a cool storyline; but it also pretty much means this is the last DOOL fans will see of Jonas, unless he is brought back as a ghost now and again.

Many Days fans were excited about the return of legendary soap opera character Bo Brady. The youngest son of the Brady clan, one half of an iconic soap super couple (along with Hope), Bo Brady was a fixture on DOOL for many years and audiences simply couldn’t wait to enjoy him once again. In an ironic twist of fate, Bo fought to return home, he then saved “Fancy Face” from Aiden Jennings, the couple reunited…and then Bo died. All is the span of mere weeks. While his return provided much-needed closure for his character in terms of storyline, his death was devastating to fans on so many different levels. The worst part is, bringing him back from the dead will be quite hard, if not impossible, as Bo’s cause of death was a brain tumor that was inoperable.