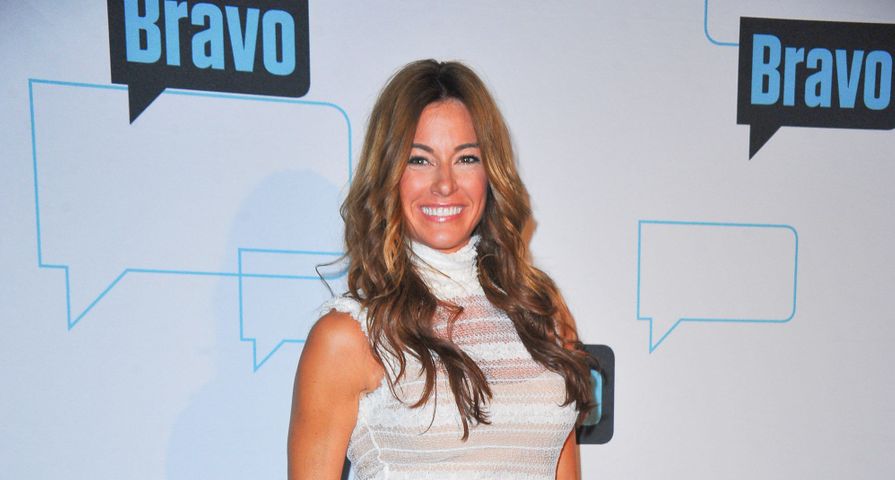 Bravo’s most franchised series is the popular reality show known as the Real Housewives. It initially began as one show, Real Housewives of Orange County, but because of their enormous success, the show now spans over multiple cities and has been a launching pad for spin off shows. The series has been around for quite some time now — believe it or not, The Real Housewives of Orange County first aired about a decade ago! As a result, we’ve seen a lot of housewives come and go, some have been more memorable than others and managed to stay relevant by returning for guest appearances, while others have simply disappeared. Here’s a list of the 12 most forgotten Real Housewives:

Joyce Giraud was on The Real Housewives of Beverly Hills for one season, and has never made any returning guest appearances. She was let go from the franchise after appearing on season 4, probably because she didn’t bring enough hard-hitting drama. She had a couple tiffs with other ladies along the way, mainly Brandi who unnecessarily bullied her throughout the entire season. Today, Joyce still works in reality television as an executive producer on the Spanish-language Housewives knock-off, Rica Famosa Latina. She also runs the Queen of the Universe Pageant.

DeShawn Snow lasted for one season on The Real Housewives of Atlanta, which is the franchises most successful city. In an interview with Essence, Snow said that the producers told her she was “too human for a circus show,” which is actually quite a compliment. The Real Housewives series is all about drama in the midst of living a lavish lifestyle — and those are some big requirements to fill! A lot of women just aren’t cut out for it. After the show, DeShawn divorced NBA player Eric Snow, her husband of 12 years. She’s also lost an incredible 30 pounds and is now the author of a children’s book and wrote the successful tween series, Lil Shawnee.

Cindy Barshop was on The Real Housewives of New York for one season and it’s pretty clear why. She didn’t seem to enjoy her time filming and she barely bonded with any of the other women. Cindy was a little too down to earth and, quite frankly boring for this particular show. She was constantly being overshadowed by the other ladies, and during the reunion episode she barely said a word. She had joined the cast to replace Bethenny Frankel, but she clearly couldn’t fill the shoes of such a strong presence. It was reported that the business woman turned single mom ran into some financial problems after she left the show. As founder and owner of Completely Bare, a chain of upscale salons, she had to shut down numerous locations. Today, she has only New York locations and released a line of at-home waxing kits and skin care products. She is still single, living in New York and raising her daughters while juggling her career.

Peggy Tanous was only on The Real Housewives of Orange County as a regular cast member for one season. The season prior she had made some guest appearances as Alexi Bellino’s close friend. Peggy is the original holistic O.C. momma, before Shannon Beador. Since leaving the show after season 6, she hasn’t made any guest appearances, but has apparently continued with a role on-screen. She launched a YouTube channel that is no longer updated, apparently wrote a book (but there are no records of it online), released a fitness DVD and actively refers to filming her show on her Twitter, but it never appeared on air. Sounds like Peggy has her hands in a bunch of empty cookie jars! She’s managed to maintain a friendship with former O.C. housewife, Lynne Curtin.

Lydia, oh sweet Lydia. This housewife only lasted one season on The Real Housewives of Orange County and we aren’t at all surprised. Lydia McLaughlin was far too harmless and quiet to stand out on the show. She kind of faded into the background and the only interesting part of her story was her whacky pot-smoking mother. Remember when she threw fairy dust at strangers? She and her husband run Beverly Hills Lifestyle Magazine and continue to be good Christians within their community. Since leaving the show after season 8, Lydia wrote a book for Christian women called Beyond Orange County: A Housewives Guide to Faith and Happiness, launched a jewelry line and welcomed another baby boy! She’s continues to be very active on social media.

Carlton is another housewife who only lasted one season. She was definitely a spooky addition to the show, with her gothic mansion and powerful crystals. The self-proclaimed witch was fired abruptly before the finale of The Real Housewives of Beverly Hills season 4, which she claims was a blessing because she wanted to start a new reality show with her husband. Carlton was an odd ball among her Bravo co-stars, but she definitely added some diversity to the mix. She was able to hold her own ground among the women, but she didn’t seem to take a liking to many of them and kind of lifted her nose throughout the entire season. Since being on the show she’s returned to her interior design business, wrote a children’s book and a horror script. She is still relatively close with former controversial Real Housewives star, Brandi Glanville.

Lynne Curtin was extremely ditzy and somewhat of an airhead on the show, from her money troubles to marriage problems, her life basically fell apart on camera. At one point during her time on the show, her daughters received an eviction notice for their family’s home. Yikes. She left the show in 2010 soon after a fight with Gretchen Rossi, who she accused of stealing her ideas and contacts for a handbag line. Then in 2013, her and husband Frank divorced after 22 years of marriage. Lynne is still chasing after some failed business endeavors like her jewelry and purses. Reports of her money troubles resurfaced again in 2013 and she hasn’t been active on any social media accounts since 2012. However, she did make a brief cameo on the show at Tamra’s wedding in 2013.

Alex McCord stood out on the show, not only because she lived in Brooklyn, but because she just wasn’t exactly well-liked by other housewives, especially Ramona. Ramona had continuously claimed that Alex and Simon were fame chasers who didn’t bring anything of their own to the table. Her somewhat eccentric husband Simon and their abnormal parenting tactics with their two sons, Francois and Johan, were another hot topic among the other housewives. Alex was let go from the show in 2012 after doing four seasons and she didn’t take it well. She began blogging about the show, first for RumorFix and then The Stir. She appeared on-screen again in 2012 on VH1’s Couples Therapy to work out marital issues that ironically stemmed from being on a reality show. In 2014, she and her Australian hubby left Brooklyn, New York and moved their family to Australia.

This former model and New York socialite joined the show in season 2. She’s most well known for the episode “Scary Island” when it appeared that Kelly had actually gone bonkers. Kelly’s train of thought on the show was always hard to follow, she was well known for speaking nonsense to the camera — kind of like a Kim Richards. She was part of the group of ladies that were let go after season 4 in order to revamp the show. She feuded with Bethenny Frankel and Ramona Singer and never returned back to the show, except for one episode. Since her time on the show, Kelly wrote two books (she had two before joining the show), hosted a web series for iVillage, wrote the odd column for amNewYork and posts videos on YouTube.

Jo De La Rosa was on The Real Housewives of Orange County for two seasons, but then left to focus on her singing career. When she left the show, she had split up with her fiance Slade Smiley (an infamous serial dater of real housewives), but the couple reunited again in 2008 and Bravo offered them their own spin-off show called Day My Ex. The show failed, along with Jo’s singing career. Today she still lives in L.A. and works in marketing and advertising as the national accounts director for Empire Digital. She recently just got engaged to her long-time boyfriend, Mark Lovette!

Danielle Staub is probably one of the most hated housewives of all time. Danielle was on the show for two seasons and during her time on the show she was the center of a lot of feuds and rumors. Teresa Giudice’s famous table flip was in the midst of fighting with Danielle, and before leaving the show entirely at the end of season 2, she was embroiled in a fight with her co-star, Jacqueline’s daughter, Ashley, which ended in a physical altercation. Danielle’s image was tarnished on the show and she became a reality television villain. Rumors began swirling about Danielle’s criminal past, alleging that she was a prostitute and had been arrested for extortion. After the show, Danielle went onto VH1’s Famous Food where she starred alongside Heidi Montag. The show failed, and then she signed a deal for Dial-A-Star (a chat line to connect fans with D-list celebrities), but that also flopped. She’s returned to the small-screen on Andy Cohen’s Watch What Happens Live and Oprah’s Where Are They Now? Also she recently announced her engagement to a former Navy Seal, Joe Masalta.

Jill Zarin, the show’s Jewish socialite, was loved by some and hated by many. The Real Housewives of New York veteran got the boot after season 4 and was well known for her harsh behavior. At the beginning of her time on the show, Jill BFF’d a then-struggling Bethenny Frankel and took her under her wing. But the two had a huge fight in season 3 and Jill never really recovered after that — and there was a lot of bad blood between co-stars. Jill has never returned for any guest appearances, but she’s been on a few other shows. She appeared on Oprah’s Where Are They Now?, Andy Cohen’s Watch What Happens Live, and in an episode of ABC’s Celebrity Wife Swap. Today, she’s tending to a bunch of businesses, like a shapewear line, jewelry line, and a bedding collection. She’s continues to run Zarin Fabrics with her husband, Bobby.