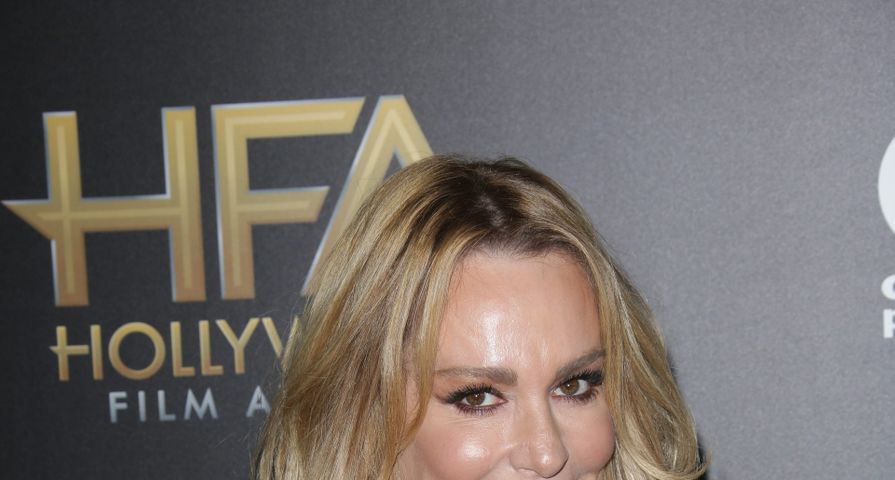 Ronnie Negus – from the Real Housewives of Vancouver – looks like she hits the Botox and the fillers pretty hard. Her cheeks are huge and she’s got some trout pout happening. We think it might be time to lay off the tweaking and opt for a more natural look.

Real Housewives of Miami star Lisa Hochstein’s admitted to a nose job, Botox and more than one boob job. She got her first one when she was 18. She had her As turned into Cs. Less than 10 years later, she had her plastic surgeon husband Lenny Hochsteic fix them because they became lopsided. During this procedure, she had her Cs turned into Ds. She thinks they look more natural now, but we’re not so sure.

According to her ex husband Paul Nassif, former Real Housewives of Beverly Hills star Adrienne Maloof has only had Botox and fillers, but man, she certainly got a lot of it!

Real Housewives of New Jersey star Danielle Staub looks ridiculously tweaked. Although she has previously admitted to getting Botox and fillers, as well as her breasts done, we think she must have done something else as well. It would certainly explain a lot.

Vicki Gunvalson, from the Real Housewives of Orange County, recently gave herself a complete makeover, after Gretchen Rossi’s boyfriend Slade Smiley compared her appearance to Miss Piggy’s. “I did some cartilage reconstruction on my nose. I had some fat injected in the upper part of my cheeks so I don’t have any more wrinkles. And I did a little chin implant,” she said. She may have been trying to go for a more natural look, but now her face looks like it’s made of plastic.

Brandi Glanville – former Real Housewives of Beverly Hills star – is having trouble accepting that she’s getting older, which is why she has been loaded up on Botox and fillers. In addition to these procedures, she’s also had breast implants and vaginal rejuvenation. We definitely prefer her face pre Botox and fillers. It was actually really pretty.

Kim Zolciak of Real Housewives of Atlanta is only 37, but she looks a lot older than that! We blame it on the fact that she started using Botox when she was 25. She says she did it to help with migraines, but it’s pretty obvious that she’s now addicted.

Taylor Armstrong of the Real Housewives of Beverly Hills is famous for her plump pout. According to her, she’s had lip injections and breast implants and, as many of us who watch the show saw, she’s also had fillers. Did she really need any of this work? Not at all. None of it even looks natural.

Elsa Patton – mother of Real Housewives of Miami star Marysol Patton – looks like she’s had some bad plastic surgery. According to Marysol, Elsa had her eyelids done in the ‘80s and it was botched. She had hematomas on her eyes for about three years after that. We don’t think that’s all she’s had done though.