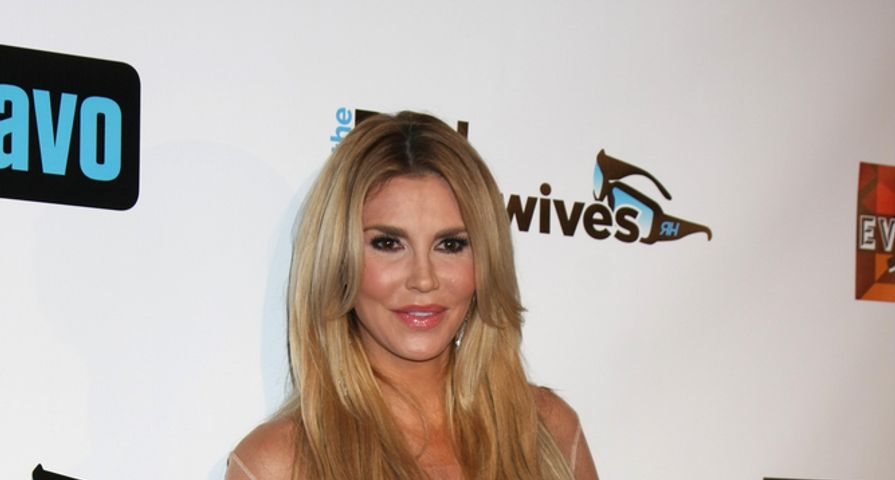 The reality television show The Real Housewives seems to star women who are anything but “real,” especially when it comes to their appearances. From botox to fillers and breast augmentations to nose jobs, these stars will readily deny having work done on many occasions despite their seemingly drastic altered appearances. It’s difficult to tell whether these stars are being honest when denying having work done, especially when they’ve admitted previously to long lists of procedures. Whether being accused of minor or major cosmetic surgeries, here are 10 Real Housewives women who have blatantly denied having certain procedures done:

Real Housewives of Atlanta star Kenya Moore has denied rumors of breast implants on Bravo talk show Watch What Happens Live! and told the host Andy Cohen that her breasts were “all natural.” She did address the sudden growth though by commenting, “They get bigger as I’m aging. If I gain, like, two pounds, it’s going to my boobs. It’s crazy. I’m, like, going up in a bra size lately.” In terms of future plastic surgery, she did comment that she would consider getting a breast lift eventually if she thought it was necessary. 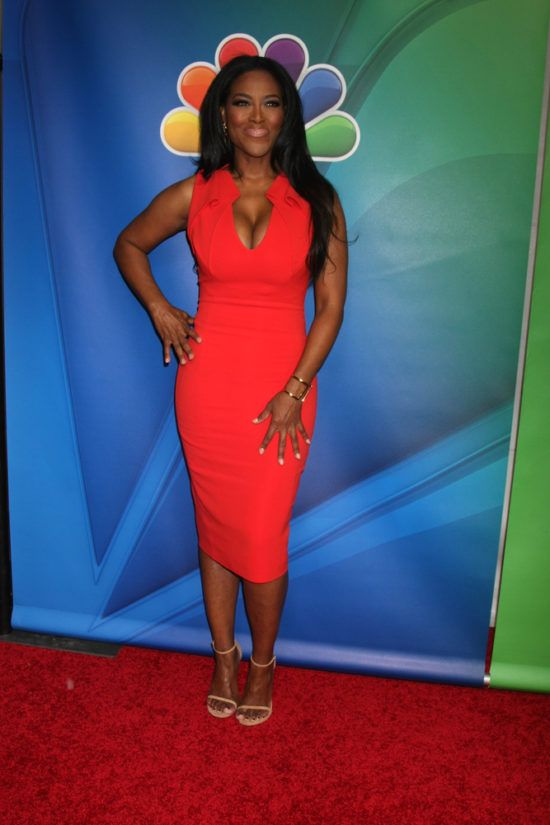 Cynthia Bailey, who stars on Real Housewives of Atlanta, took to social media to address rumors of plastic surgery. When a Twitter fan asked her what doctor she used for her nose job, Bailey replied, “Sorry the nose was God given.” Her straight up denial may lead you to the conclusion that Bailey is plastic-free, but the star has openly mentioned previously the breast enhancement procedure she undertook after she gave birth. 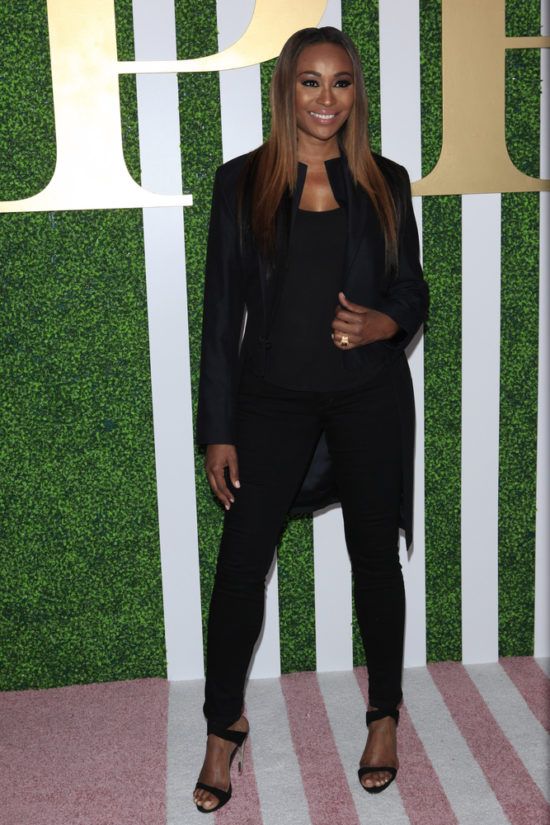 Recently rumors swirled about Real Housewives star Kandi Burruss’ supposed breast augmentation. The Kandi Koated Nights CEO addressed the claims head on in a social media post with subtle hashtags promising she has not done any plastic surgery on her breasts. In the photo she posted on Instagram at the Sister2Sister event she captioned it with the hashtags #whyilooklikeihadaboobjob #ipromiseyouidonothaveimplants in denial of the rumors. 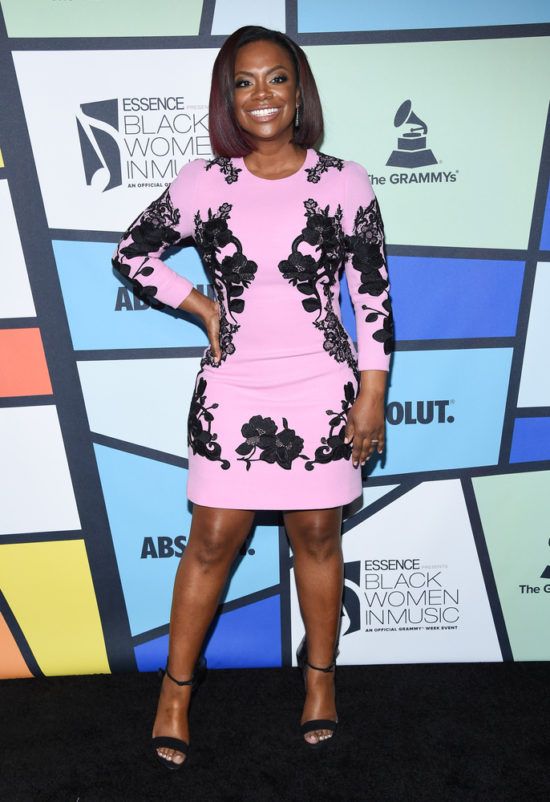 In 2015, Atlanta housewife Porsha Williams confessed to Steve Harvey that, aside from her 2014 breast augmentation, she has not had any other plastic surgery procedures done despite the popular belief that she has. “I haven’t had any other work done except for the new girls, and I love them. I’m enjoying them, probably more than anybody!” she explained, speaking openly about her recent cosmetic procedure. A year later in 2016, however, sources have confirmed that Williams did have a non-surgical nose job. 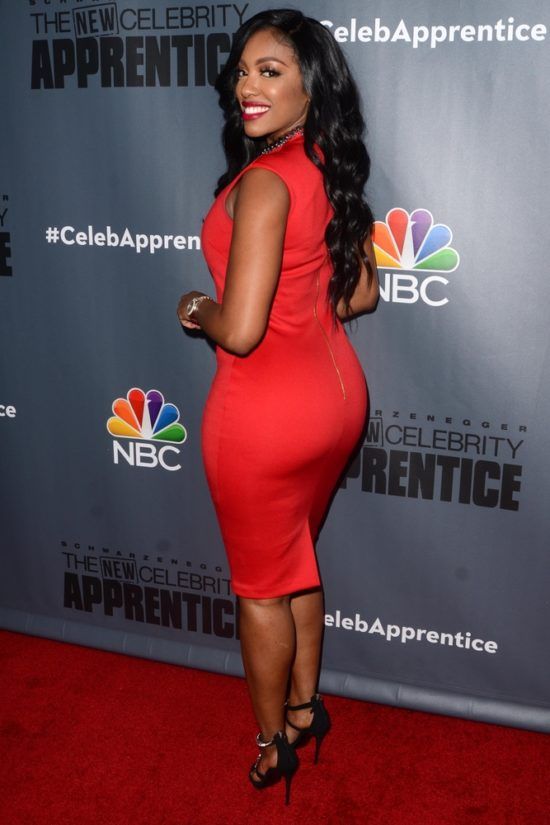 Brandi Glanville has denied having any plastic surgery to her face despite the recent changes we’ve noticed in her appearance. The Real Housewives star has previously admitted to have gotten breast implants and a vaginal rejuvenation yet continues to deny any facial reconstruction. In a tweet directed at the Daily Mail she wrote, “Haven’t had plastic surgery on my face ever thank you very much I’ve had fillers and Botox that’s it it’s called getting older.” In defense of her altered appearance she noted how powerful makeup can be and added, “I used makeup in my gold look to arch my brows higher & try & make my very almond shaped eyes look rounder – it doesn’t look good -live&learn.” Her highly defensive behavior seems quite questionable in our opinion!

Kyle Richards is naturally gorgeous so we weren’t surprised to find out she has denied rumors of plastic surgery! Richards said in an exclusive interview, “I’m one of those people who thinks less is better. There are so many people who have so much done to their face. They never look better!” She also commented how she has embraced the passing of time by stating, “I’m not one of those women who is like, ”Every wrinkle has made me who I am,’ but I’m also not the person who doesn’t want to age. My mom died young, so for me, every birthday is a reason to celebrate.” We couldn’t agree more, Kyle! 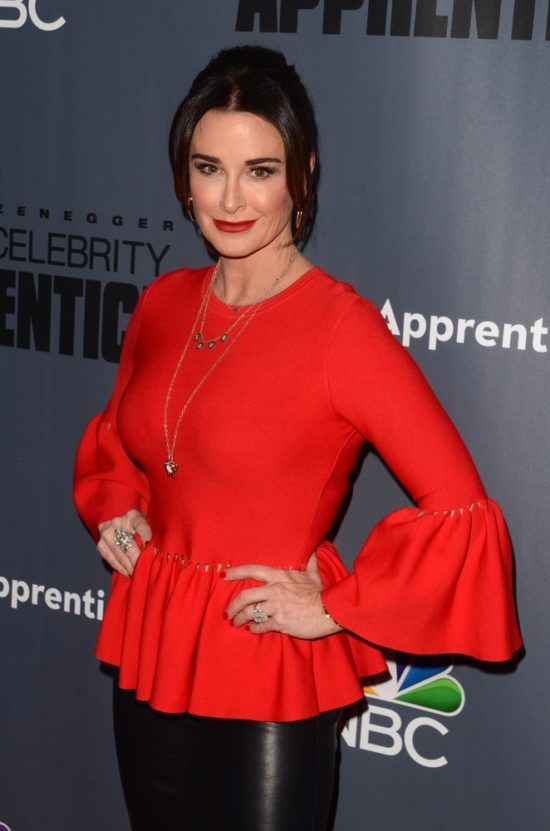 Real Housewives of Beverly Hills star Taylor Armstrong has made a few puzzling contradictory statements regarding her rumored plastic surgery. She confessed to Oprah that, “I got new lips and new breasts and changed my hair. It was anything I could do to try to become someone else.” She also told an interviewer in 2011, “A lot of people have been obsessed with the plastic surgeries of the Beverly Hills housewives, and really all we talked about was injectables, Botox and filler, and all of a sudden it’s turned into surgery, which is not the case. I have my original nose, original cheekbones, I do filler and Botox, but it’s definitely not surgery.” 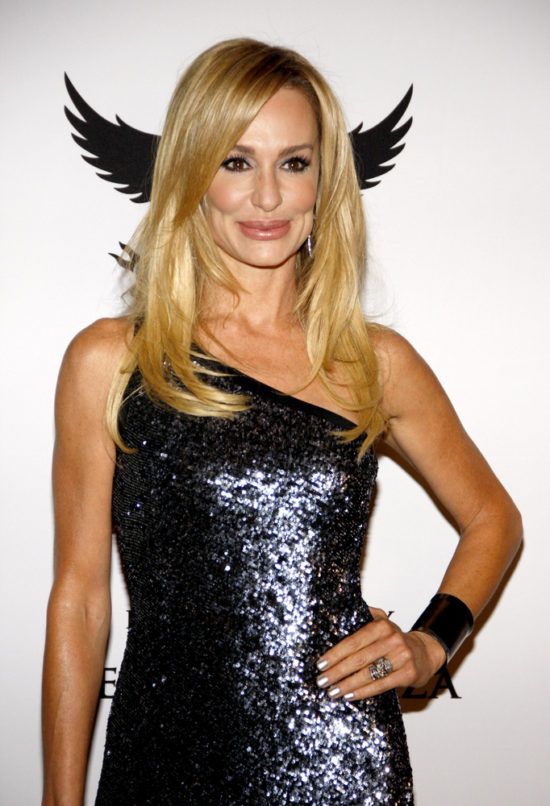 In yet another encounter with Watch What Happens Live host Andy Cohen, Real Housewife Bethanny Frankel addressed rumors about her plastic surgery, specifically about her chin. “I had my jaw injected with Botox because I have TMJ, and if you look at pictures of me from probably like seven years ago, it’s gradually gotten smaller to the point that I had to stop, and now it actually hurts again,” Frankel explained to a fan. In addition to her denial of surgery on her chin due to her joint disorder, Frankel also explained her new wide-eyed appearance as the result of cosmetics. She shared her tip with her fans by stating, “When you put your eyelashes on, put the ends up a little bit and it makes your eyes look a little bit more out, so they don’t go down, but no, I have not [had plastic surgery done lately].” 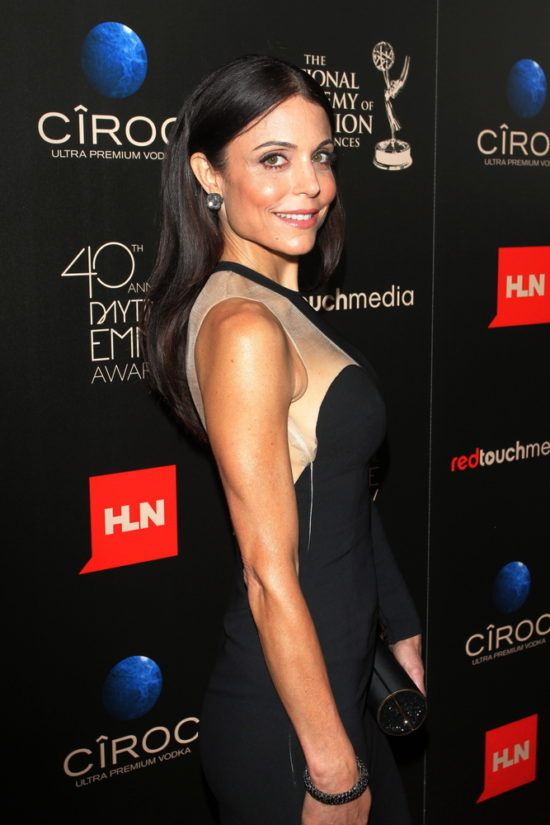 In similar fashion as her Real Housewives costars, Lisa Rinna denied plastic surgery rumors when appearing on Watch What Happens Live. A fan addressed her surgery directly by asking whether she recently got her lips done to which Rinna denied the accusation claiming, “No, it goes up and down, you know that!” Rinna went on to further deny more plastic surgery by refuting claims of having had work done on her breasts. Instead, she explained her recent altered appearance by stating, “Pads are in. They’re pushing them up. It’s an illusion. I can do many things with this body.” 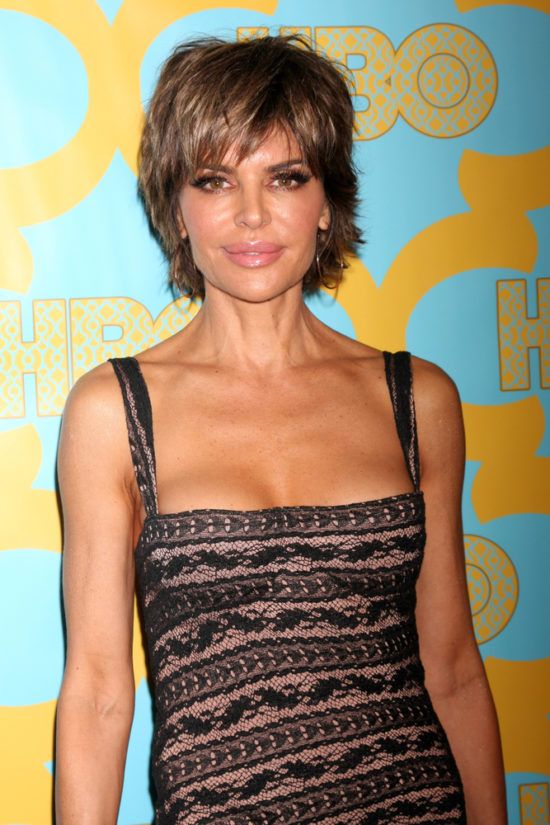 Real Housewife Kim Zolciak-Biermann is far from shy when it comes to sharing her plastic surgery stories. The star documented her breast augmentation and tummy tuck surgery on Bravo reality show Don’t Be Tardy and has openly discussed botox, fillers and cellulite injections in the past. She did, however, deny rumors of a rhinoplasty when appearing on Watch What Happens Live! with Andy Cohen. She countered Cohen’s claims by saying, “If I’m going to have a nose job, it’s going to be a hell of a lot shorter. It’s not going to go down in my mouth.” The star simply chalked up her altered features to genetics and pregnancies and continued to deny that she had any surgery done on her nose. 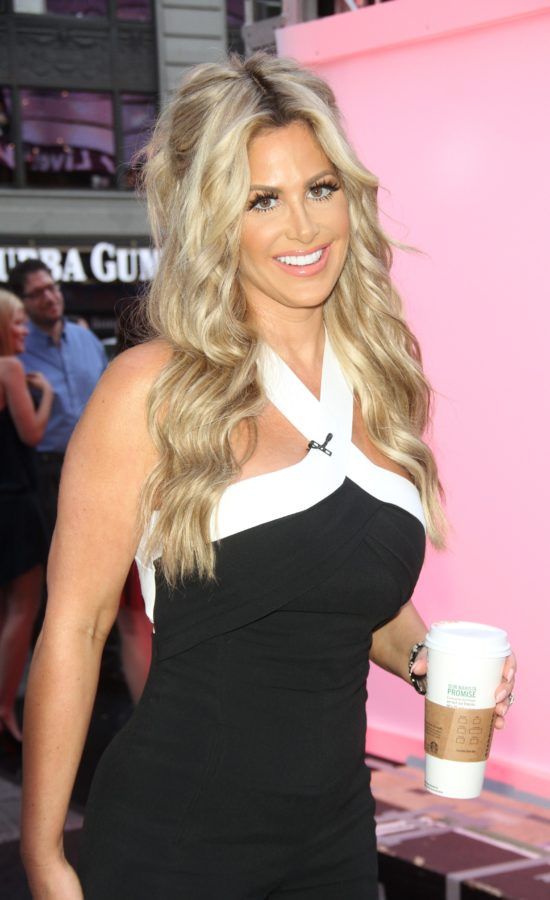