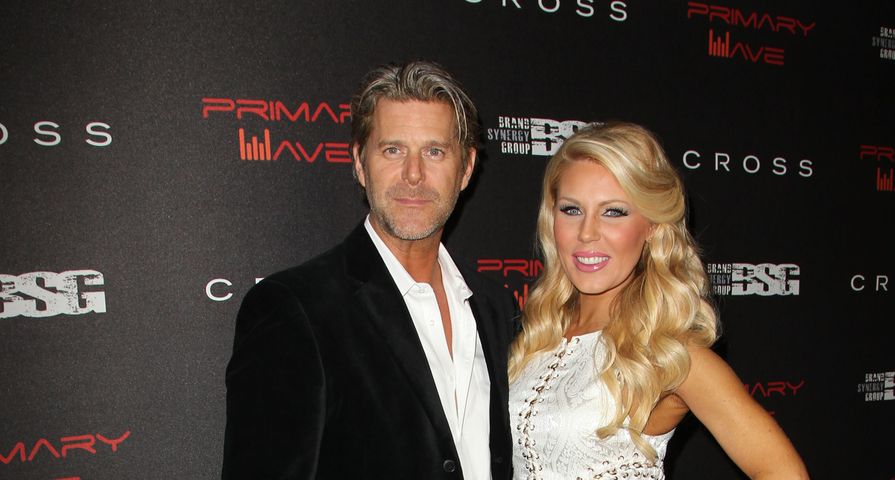 Bravo’s reality series known as the Real Housewives works hard to cast individuals with larger than life personalities that will clash with their co-stars on the show. This is their easiest and best form of entertainment! The franchise has grown lately covering numerous cities with multiple different shows, and some have been on the air for quite some time now. Not only do fans get to know the housewives over the years, but we also enjoy getting to know their families and significant others! However, reality television doesn’t always paint a pretty picture for the housewives and sometimes it can highlight the bad within a relationship. Here’s a list of 6 worst Real Housewives couples:

Joe and Teresa are a staple couple on The Real Housewives of New Jersey, but their relationship has definitely been tested as of late. These two have suffered through legal troubles, accusations of infidelity, reality television fame and even jail time! Through it all these two have stuck by one another. While Joe and Teresa uphold a strong marriage for their four daughters, at times on the show it seems like they aren’t very good at communicating with one another and feed off each other’s ignorance. When the feud between Teresa, her brother and his wife Melissa was at its worst, Joe only seemed to make matter worse. He definitely didn’t seem to care about mending her family issues or talking about it with Teresa. Then back in 2012 while filming for the Real Housewives, Joe went off to take a private phone call, but forgot that he was still mic’d. During his phone conversation he referred to Teresa as a b-tch along with some other unfavorable words. When he was later confronted about it he said it was someone from work, but the secrecy of the phone call lead viewers to think there was more to it than that. Joe is currently serving his jail time under fraud charges while Teresa served her jail time under the same charges last year.

Adrienne and Paul fell victim to the reality television curse in 2012 when they filed for divorce after 10 years of marriage. It all happened after filming the third season of The Real Housewives of Beverly Hills when Brandi outed the married couple’s use of a surrogate for their twin boys. For a while people suspected that Brandi played apart in causing the riff that broke their marriage, but the truth was Adrienne and Paul’s relationship had been suffering long before that. Their bickering throughout the first couple seasons was funny and fans laughed it off as the typical married couple, but their problems went much deeper than that. When the divorce happened, things escalated quickly and turned into a full blown custody war. Both attacked each other in the media with allegations of emotional and physical abuse and even gun allegations! The dust from their marriage has settled now and the two are continuing to work on their co-parenting skills while dating other people. They could never agree on much in their marriage, but one this is for sure — these two are definitely better off apart than they are together!

The relationship between Vicki Gunvalson and Brooks Ayers was an uphill battle right from the get-go. He did not get along with the other women on the show, especially Vicki’s daughter, Brianna. Brooks faced allegations of using Vicki for her money, not paying child support for his other children, cheating on Vicki and even got caught drunkenly telling Brianna’s husband that she should hit her when she gets out of line. The bickering between him and everyone else was nonstop. There was definitely something about Brooks that didn’t sit well with anyone in Vicki’s life. After all the bickering and fighting on the show, Brooks seemed to take a step back from the spotlight and put his relationship with Vicki on hold. But last season on RHOOC he resurfaced and was living with Vicki in her Orange County mansion. He claimed to have been battling stage-3 cancer, but because of his rocky past no one believed him! Their suspicions were answered when it turned out he faked hospital records showing he had cancer and throughout the past season Vicki managed to isolate herself from not only all the other women on the show, but also caused a rift in her family between her daughter and son-in-law. It was a huge mess and it’s definitely going to take a while for Vicki to fix her tarnished image from that relationship.

This relationships seems to be the storyline for the most recent season of The Real Housewives of New York City. Dorinda has been dating John ever since she started appearing on the show last season. The two met soon after her second husband passed away and they’ve been going strong ever since! However, there’s just something not quite right about John Mahdessian. These two love to party, and while it’s important to have shared interests…in this case they bring out the worst in each other. Many of the other housewives on the show have voiced their concerns about John and think he is the ultimate sleaze ball with his inappropriate jokes and bad behavior. Many of these issues surfaced during the previous season of RHONY, but it all came up again in a recent episode when Bethenny accused John of being a bad influence on Dorinda with his partying ways and of using Dorinda to get his 15 minutes of fame. And to top it all off, Dorinda’s daughter doesn’t get along with John! Things came to a head when John crashed Dorinda’s ‘girls party’ in a drunken stupor and got in a heated tiff with Bethenny, accusing her of stealing the name for her SkinnyGirl brand, not being able to hold a relationship and of being jealous! Who knows how the rest of the season will play out, but it seems like Dorinda is sticking with her man and doesn’t care what anyone else thinks!

These two had a bad dating reputation long before they linked up together. Slade is notorious for dating housewives and Gretchen got off to a bad start when she started filming season 4 of The Real Housewives of Orange County because she was engaged to a much older wealthy man who happened to be terminally ill. Slade doesn’t have a good relationship with the other women on the show and he’s been accused of not paying child support and, of course, Gretchen has been called a ‘gold digger.’ These two almost seemed destined to be with one another and have turned into the Heidi and Spencer of RHOOC. Both got the boot off the show after season 8 and since then have become bottom feeders chasing fame wherever they can find it! Sticking to reality television, these two did a stint on Marriage Boot Camp and Slade who seems to be unemployed, working as Gretchen’s manager.

Tamra and Simon were one of the main couples on the first few seasons of RHOOC, but it was clear these two had a tumultuous relationship from the beginning. He was much more conservative than her which caused a lot of bickering, as Simon continuously tried to reel in her wild behavior, he seemed to nit pick everything right down to the clothes she wore. One of the most awkward episodes was the season finale in 2010 when they were bickering the limo on the way to a party and Tamra told Simon she wants a divorce. She eventually got what she wanted and they went through a horrid custody battle. Tamra is now married to Eddie Judge who now appears on the show with her. It wasn’t until season 10 of The Real Housewives of Orange County that Tamra really opened up about how nasty her divorce had gotten and these two have some serious issues with one another! Their family is split with the eldest daughter Sidney choosing to live permanently with her father and cut ties with her mother and they’ve both tarnished each other’s image in the media by publicly bashing one another. Simon even accused her of being an unfit and abusive mother! We hope these two can come to some kind of resolution soon.