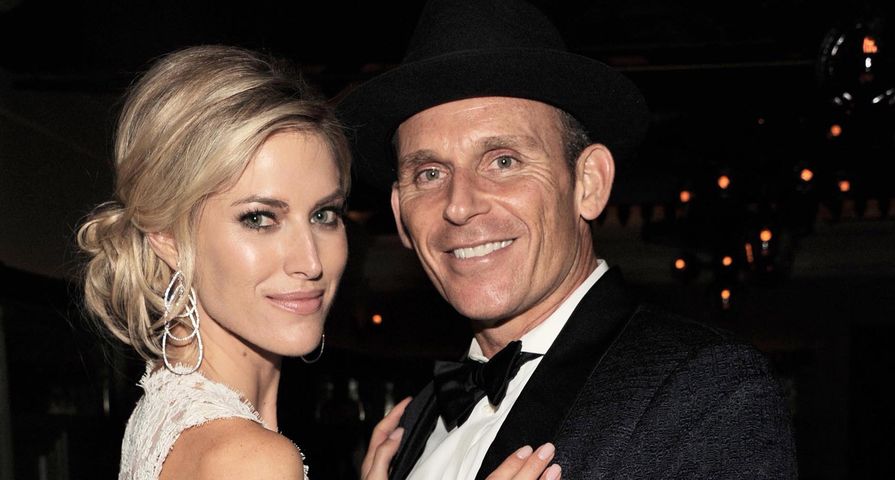 Bravo’s reality franchise known as Real Housewives has been around for quite some time with the first season dating back as early as 2006. During this long span of time we’ve seen a lot of drama going down on and off screen, especially since the franchise has grown enormously and now includes shows that over multiple different cities. Some of these housewives have turned into full blown reality stars reaching celebrity status! With such a wide arraignment of women and a revolving door of new cast members, drama on the show can get pretty wild and often spills off screen into their daily lives. For some the drama has turned to scandal and caused the demise of friendships, marriage, lead to estranged children and some stars have even faced criminal charges. Here are the 11 biggest scandals in Real Housewives history:

Last season on The Real Housewives of New York City Ramona Singer finally opened up about her divorce and the cheating rumors involving her husband, Mario Singer. She revealed that she initially filed for divorce back in January 2014, but didn’t fully execute it until August 2014. She confirmed rumors that her husband was having an affair with a woman named Kasey Dexter and said she didn’t follow through with the divorce initially or confirm the rumors because the two decided to work on their marriage. However, she later walked in on him with his mistress at their home in the Hampton’s which was the last straw leading to the demise of their marriage later that summer. When she opened up during a reunion taping she said, “I was traumatized and on a lot of medication to deal with his infidelity.” She released all the nitty gritty details in her tell-all book called Life on the Ramona Coaster.

Last summer the hackers group known as Anonymous revealed many hidden ongoing scandals when they released the subscriber list behind a previously confidential site geared towards promoting and facilitating marriage infidelity. The Real Housewives of New York City star’s husband, Josh Taekman, showed up on that list as a subscriber from 2011 to 2014 under the name “Mr Big NYC” spending more than $1500 in a membership annually and that he accessed the site 62 different times during the span of 3 years. When he was first questioned about his involvement on the site he furiously denied all allegations and claimed someone had been using his credit card fraudulently, but later admitted to it all and said, “I signed up for the site foolishly and ignorantly with a group of friends and I deeply apologize for any embarrassment or pain I have brought to my wife and family.” In the Fall Kristen Taekman announced she would not be returning for another season of Real Housewives and will instead be focusing on her business ventures and family.

Ever since Tamra Judge and her ex-husband Simon Barney got a divorce they’ve been involved in a vicious custody battle over their three children. Both parents have slammed one another in the tabloids, but it was Tamra who found herself in the unlucky situation of having to defend herself against child abuse accusations. Feeding into rumors, her eldest daughter Sidney requested to be under the permanent custody of her father and has an estranged relationship with Tamra. There were court documents filed that alleged Tamra refused to bring their 13-year-old son Spencer to the doctor and that Simon “found a bug” in the hair of their 8-year-old daughter, Sophia. Tamra has of course denied all of these wild accusations. In an interview with In Touch magazine she said, “He knew the papers would be made public. It’s sickening that he would do it this way, just to hurt me. Every one of his statements [is a] self serving, manipulative, flat-out lie.”

Former Real Housewives of Beverly Hills star Taylor Armstrong suffered through one of the darkest and saddest times on the Real Housewives when her husband Russell Armstrong committed suicide in August 2011 after she filed for divorce. Afterwards viewers found out what the other housewives had been hinting at, but couldn’t say for the past season — that Taylor and Russell had an extremely abusive marriage. The domestic abuse was so bad she had to have a titanium mesh implant put in to hold up her right eye. To top it all off, after Russell passed, Taylor was left solving all of his money problems because during that time he was tied up in many legal battles. She was forced to sell her assets to pay off his debts, including her wedding ring. She has since moved on and is happily married to John Bluher and makes sporadic guest appearances on the show.

Last summer former Real Housewives of Beverly Hills star, Kim Richards was caught shoplifting at a Los Angeles Target store. According to reports, she was suspected of stealing a shopping cart full of toys and merchandise valued at $1,000. She was placed under citizen’s arrest, spent a night in jail and was later released after posting a $5,000 bail. It’s common knowledge that this former child star turned reality star has been in and out of rehab battling a severe addiction to alcohol, and viewers have watched her tirelessly relapse with each new season. Earlier in 2015 she was also arrested for public intoxication which lead to her second stint in rehab over the past four years. She is now sober and starring on a new Lifetime show called The Mother/Daughter Experiment: Celebrity Edition alongside other former reality stars like Heidi Montag.

6. Porsha and Kenya Fight on RHOA

How could anyone forget the insane brawl that went down in 2014 on the season 6 reunion special of The Real Housewives of Atlanta. The women on Bravo’s Real Housewives can be catty and ruthless at times, but in this particular instance, things escalated quickly and the two reality stars got physical. Kenya Moore and Porsha Williams were standing face to face arguing when Porsha grabbed a chunk of Kenya’s hair and pulled her down to the ground. In the end, Kenya filed charges against Porsha, who eventually turned herself into the police. She was booked and charged with a misdemeanor count of battery — she even got her mug shot taken! She was later released on a $2,000 bail.

The drama never stops for former Real Housewives of Orange County star, Lynne Curtin. First a financial crisis with her ex-husband and now her daughters are bringing trouble to the table. She revealed back in 2014 that her 22-year-old daughter Alexa had launched a career in the adult entertainment industry. She was reportedly working to pay for her plastic surgery. In an interview with the National Enquirer, Lynne said she was lead to believe her daughter was working as a lingerie model, but in reality had formed an entire career under the stage name “Jayden Taylors.” Lynne said, “She thought she could make a few movies under an assumed name, get her nose and boobs redone, and nobody would ever recognize her. She’s wrong. She now realizes this will follow her for the rest of her life thanks to the Internet.” Despite Lynne being adamant that “she is no longer doing porn and only made a few movies last year,” Alexa had tweeted out that same year that she wanted to one day win an Adult Video News Award and there is new speculation that her other daughter, Raquel is now involved in the industry as well.

This was another highly publicized prison sentencing for the Real Housewives franchise especially because it happened around the same time as Teresa and Joe Giudice’s case began. On July 8, The Real Housewives of Atlanta star Phaedra Park’s husband Apollo Nida was sentenced to 8 years in prison for cashing stolen checks and laundering more than $2.3 million in fake bank accounts. This wasn’t Apollo’s first sentencing, he had previously served time behind bars before his marriage to the reality star. Authorities reported that his illegal activities over the span of four years cost at least 50 people $2 million and are typically warranted at 30 years in jail, but he only got 8 because he cooperated with federal investigators by spilling insider information. The couple shares two children together.

Danielle Staub has stood out from the beginning during her time on The Real Housewives of New Jersey. She didn’t get along well with the other women and viewers later found out why. One of her co-stars came across a book written by one of her ex-husbands who also happened to be an undercover FBI informant, Kevin Maher. The book is called “Copy Without a Badge” and shared scarring details from Danielle’s criminal past. It was revealed that she was a former stripper named Beverly Ann Merrill who met Maher back in the ’80s after she was released on bail from charges involving an alleged kidnapping of a man who owed drug money, but failed to collect ransom money from the victim’s father. When she was initially arrested she was charged with extortion, kidnapping and possession, but after cooperating with the authorities and with the help of Maher it was reduced to a single extortion charge and sentenced to 5 years probation.

Vicki Gunvalson’s former boyfriend Brooks Ayers was constantly fighting an uphill battle with the other women on The Real Housewives of Orange County. He was accused of (and sometimes caught) lying, cheating and using Vicki for her fame and money, but the worst of it all went down last season when a huge scandal was uncovered involving Brooks health. Brooks publicly aired on the show that he was battling stage-3 cancer, but his past behavior instilled doubt in the other women on the show. Vicki and Brooks both relentlessly disputed their claims all season that he was ‘faking’ it and fought tooth and nail to prove it. Brooks even went so far as to provide medical records of his supposed treatment at cancer hospital City of Hope. However, after some investigating from the other housewives and insight from the media, Brooks eventually admitted that he fabricated the medical documents which brings into question whether he is sick at all. Why would someone lie about having cancer? Vicki later revealed on the reunion that she wasn’t sure if he has cancer at all and that she was duped as well. Despite all of this, Brooks remains adamant that he has cancer, but has chosen to no longer discuss it publicly.

One of the most publicized scandals from the Real Housewives franchise has been the legal troubles of Teresa and Joe Giudice from The Real Housewives of New Jersey. The couple was charged with 41 counts of fraud including bank, wire, and bankruptcy fraud — all of which they eventually pleaded guilty to. The judge allowed the two reality stars to serve their sentences at separate times so there would always be a parent present to care for their four young daughters. Teresa was just recently released from a federal prison after serving 11-months of her 15-month sentence while Joe is on the brink of serving his sentence which is a whopping 41 months.