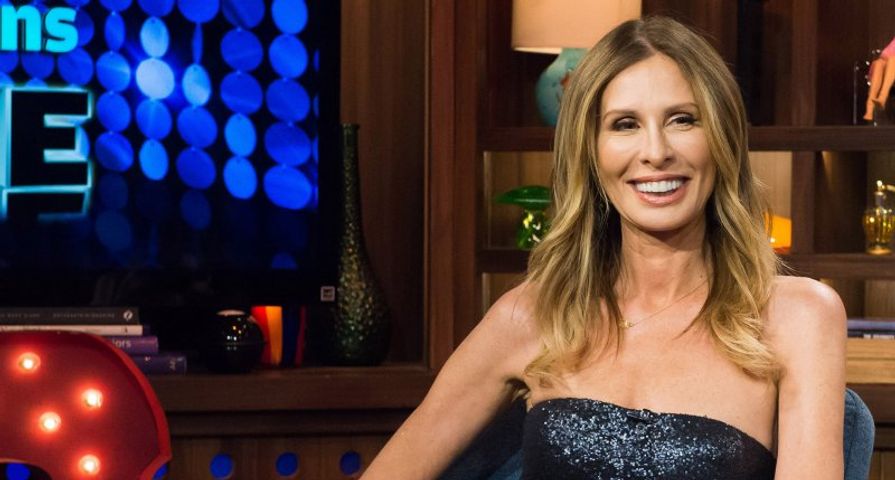 Bravo’s reality franchise known as the Real Housewives has been incredibly successful over the past ten years, and it’s all due to the cast of women who keep us reeled in for more drama and more drama. As with all reality shows, the Real Housewives has a revolving door of cast who come and go throughout the years, but there’s a few who’ve stuck around through thick and thin. So what does it take to be a ‘real housewife?’ This list takes a look at how Bravo picks the lucky women who are cast for the show!

A transcript of an interview with a former producer for The Real Housewives of New Jersey was released with exclusive behind the scenes details that only an insider could know! One of the things the producer said was that all of the housewives have to audition for their role on the show. We know some are selected because they are friends of current housewives, but even if they aren’t auditioning, there is always a ‘trial period’ when they begin filming to see if their personality will work well on camera. When asked about Melissa Gorga being invited on RHNJ, the producer said she wasn’t just given a golden ticket in, she had to go through the process. “They auditioned, as does everyone. Look, it’s not like just because she is Teresa’s sister-in-law we instantly cast her because we had heard of bad blood between them. Teresa’s brother and Melissa were filmed for a short period and that was edited into a small compilation to see if they were interesting enough to be on television. This happens on every single show.”

As most people know, Andy Cohen is an executive producer for all of the Real Housewives shows and he’s an integral part making the Real Housewives happen. He’s got relationships with all of the women on the show, acting as their ‘middle man’ when things go wrong. During an interview in 2013, Andy revealed that, not only as a host of the show, but as the executive producer of the show, all of the women who are cast must go through him first. He said, “I am involved in all of it. We have a team…we work with the production company to go over submissions for Housewives.” Not only does Andy have a say in who gets hired, he also has a say in who gets fired! When NeNe Leakes, housewife from The Real Housewives of Atlanta, found this out, she said, “So if anything ever happens to me, I need to come for you? What! Are you kidding me?”

Being on any kind of reality television show requires a larger than life personality. This is mainly because the cast isn’t given a script to follow or a production story line, they must carry the entire show on their own. Back in 2015 Cohen said, “We cast very highly volatile, emotional, driven, opinionated women, and because of that, they go to town! And you sit down with them at the end of the season and they all have it out with each other…It’s really fun.” It’s clear just from watching the show, there are no ‘plain Jane’s’ cast, and if a cast member turns out to be boring, they are quickly booted off the show. On Watch What Happens Live, NeNe Leakes asked Andy Cohen what he looks for when casting a housewife and he replied: “someone who has a sense of humor or at least, funny or humorous or different in some way.” It takes a special kind of person to put up with some of the nonsense that happens on the Real Housewives. These women must be capable of having a good time — for Ramona it’s some good old fashioned “turtle time” or in Vicki’s case, “whoop it up!”

One of the main constants we see with the women who are cast on the Real Housewives is that they are typically quite wealthy, but we’ve seen women cast who aren’t necessarily filthy rich, like Bethenny Frankel circa season one and two of The Real Housewives of New York City. In fact, more than once women on the show have claimed bankruptcy! Looking at you Teresa Giudice and Sonja Morgan…It’s clear that having a lot of money in the bank isn’t necessarily a requirement, but Andy Cohen said in an interview that you have to be living a certain lifestyle. There’s a reason women who are rich are cast, it’s because they live a particular lifestyle that is entertaining to watch or interesting to the average person.

4. It’s All About Who You Know

It’s no secret that a lot of the women on the show aren’t necessarily friends outside of filming; they just come together for a series of weeks to film. The producers of the show like to keep the women they hire within a certain group. The shows that work the best like RHOBH, RHOOC, and RHONY have a strong cast made up of women who have known one another for many years. They aren’t all necessarily friends, but they run in the same circles which makes it easier for producers to create a show around them and get them to all film together. In an interview with Attitude, Andy Cohen said, “The show works so well because it’s all people who have long histories with each other. So it’s not just throwing people together in a Big Brother house and seeing what happens.”

3. Willing to be Open

In order to be on a reality show it requires a certain form of invasion of privacy because cast members have to allow cameras into their personal space and relationships which takes a lot of courage and openness. When housewives aren’t being real in front of the cameras it always comes out later when they are caught being double-sided. In the interview with NeNe Leakes about what the producers look for when casting women on the show, Cohen said, “Someone who is willing to be open, live their life fully in front of the camera. Someone with a point of view.” No only do these women have to be open with their own lives, but on some level they have to be open to what it takes to create good entertainment which means hanging out with their cast mates and participating in the drama. “Someone who will fit in with the group and hopefully someone who knows people in the group and has a natural connection to them. They have something to say, they won’t be run over and will open their lives up to the camera and share something that we haven’t seen before.” Bravo has been known to fire people who don’t put their full effort forward in terms of participation. Women will be weeded out if they can’t maintain relationships with the other housewives, or in Aviva Drescher’s case, don’t participate in filmed ‘girls trips’ for the show.

2. Don’t Necessarily Have to be a Wife

In an interview with The Daily Beast, Carole Radziwill of The Real Housewives of New York City admitted that she didn’t audition for the show, but was courted by none other than Andy Cohen. Fans probably don’t know this, but Carole and Andy are actually friends in real life. The two were at a dinner party and Andy asked Carole if she would consider doing the show because they were currently firing some of their former housewives. She said her first impulse was to say no and that he wasn’t serious, but the next day he followed up with her by sending an email. Her friends were horrified that she was considering taking the job, and she did her due diligence to weigh the pros and cons, mostly cons, but finally landed on the fact that it would be a great way for her to promote her book. She’s now been on the show for three seasons! Not only will Andy recruit new housewives, but he tries to recruit old housewives into returning! In a Q&A with Andy he said, “Typically, I’m at the forefront of trying to woo back formers to the show. If it’s a terrible idea, people will say to me, ‘It’s a terrible idea.’ For Orange County, I always wanted to bring Lauri back but Lauri didn’t want to come back.” He also said he was responsible for bringing Bethenny back to the show — after many conversations she agreed it would be the right move in her career.