7 Of The “Realest” Real Housewives 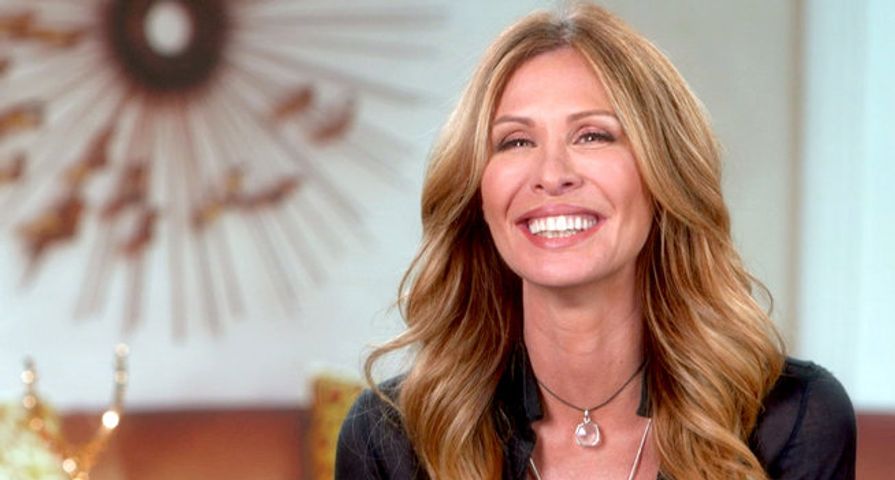 The cast members on Bravo’s Real Housewives series tend to be among the more wealthy and privileged people in America. One of the reasons the show is so successful is because it offers a window into their lavish lifestyles (and the drama, of course). A lot of the time, extreme wealth and privilege at these levels can have a negative affect on a person’s personality — it’s definitely hard to stay modest and humble with millions in the bank. Most of the women on the show love to flash around their wealth with fancy cars, sprawling mansions, designer clothes and lots of diamonds. But there are a few women in the group who stand out against their peers not because of their money, but because they are the most down to earth, real women who remain humble despite their wealth. We applaud them for that! This list takes a look at Bravo’s 7 realest real housewives:

Bethenny Frankel is a fan favorite, not just because she’s absolutely hilarious with her witty one liners and sarcastic comments, but because she remains true to herself. The Bethenny we all met at the beginning of the series, who was struggling to get her brand up and running, is the same one we see now running her Skinny Girl empire. We love her ability to laugh at herself and not take things so seriously. Despite the fact that she doesn’t always get along with all the women on the show, probably because she tends to be harshly opinionated, she’s definitely one the other women gravitate towards for friendship, or just a good time. Unlike the other women, she doesn’t participate in catty gossip. It seems she’s usually too busy working for that, and she’s definitely not fake, Bethenny isn’t afraid to speak her mind. She’s among the wealthiest women on the entire franchise, and to top it all off she can take full credit for her finances! This self-made millionaire is one of the realest housewives on Bravo.

This Orange County housewife is hilariously down-to-earth, and the only woman from The Real Housewives of Orange County to make this list! Tamra is a love her or hate her kind of lady with some wild opinions and a bit of sass to match it. She’s not afraid to voice her thoughts which can sometimes gets her into some trouble. She is successful, but she’s not among the richest of the housewives. She still knows what its like to work for her money which is sometimes hard to find among these women. The extreme wealth of her costars shocks her as much as us, so we feel like we can relate better to her. She knows there’s no such thing as being perfect and has recently become more inclined to admit when she’s wrong, or point out her imperfections and just be more accepting of others. Her great sense of humor and ability to have a good time no matter what, makes Tamra one of our favorite housewives. She’s definitely the one we’d call up to have some fun!

Lisa Rinna is someone we just want to hangout with, at least once. She’s constantly in good spirits and doesn’t seem to ever let anyone or anything bring her down. She’s loyal to a fault and her endearing friendship with Eileen Davidson just makes us want to be apart of their elite clique. Also, Lisa Rinna has got to be one of the funniest housewives to grace our television screens! She has the ability to just say it like it is and isn’t afraid of voicing it. We can always count on Lisa to say what we are all thinking, but would never say out loud. For a woman who lives in Beverly Hills, married to an actor and a fruitful career of her own in the entertainment industry, we are pleasantly surprised at how much viewers can relate to her. She isn’t afraid to discuss how hard it is to parent teenage daughters and tries to maintain as much of a normal life for them as possible. Lisa also just might be the housewife who drops the most f-bombs, between her and Tamra we can’t decide. Despite it all, we can’t get enough of Lisa Rinna!

Oh sweet Yolanda. She’s like the big sister who watches over her friends with an endless stream of patience and constant voice of reason. Yolanda has this level of grace and class that no other woman can achieve; she’s seemingly perfect. Even in the midst of her latest divorce with David Foster, she’s kept her head held high and has never so much as whispered a negative comment about anyone. It’s quite impressive, especially since she’s survived some crazy seasons with heated fights between the women of Beverly Hills. Another thing that makes Yolanda so endearing is that in addition to being one of the richest housewives on the franchise, she’s also the nicest. This season, the women have begun to turn on her and we’ve seen a new momma-bear side to Yolanda that is extremely protective of her reputation and children. But still, she handles all the rumors and cattiness with grace and doesn’t resort to gossip in return. Yolanda is a role model for us all and we could all learn a thing or two from this Dutch goddess!

Kathy Wakile was invited onto The Real Housewives of New Jersey because she’s Teresa Guidice’s cousin. However the two don’t really get along, mostly because Teresa doesn’t like to share the spotlight, especially with family. She’s no longer on the show, but still remains close friends with some of the cast members. Kathy Wakile wasn’t rolling around in heaps of cash like some of her cast mates on the show, which made her seem like she was more of just an average Joe living among these lavish women. She definitely had money, but didn’t feel the need to flash it around and she seemed to be more interested in investing their cash in business opportunities rather than owning material objects. We have to give Kathy kudos for keeping her grace and dignity while filming with her cousin Teresa, who seemed to do nothing but insult her on the show. Overall, she’s one of the realest housewives because she just wasn’t interested in being the best of the best, or loudest of the bunch like the other Italian women on her New Jersey show — she just wanted to be apart of the gang!

Eileen Davidson is new to the show and isn’t exactly a show stopper with her drama, but she’s quickly risen to the top with her fans. This daytime soap star graces our television screens everyday on the wildly popular show, The Young and the Restless, in addition to being on The Real Housewives of Beverly Hills. She’s made a great career for herself as an actress, all the while being one of the most modest and self aware women on the show. In a recent episode of the newest season, Eileen even admitted that despite her wealth she refuses to spend thousands of dollars on bags or shoes like some of the other women. She’s just not that materialistic. She’s also shared a lot of personal struggles with viewers like losing her sister to cancer, having an affair and being in a physically abusive relationship — she doesn’t try to hide behind all the glitz and glam, she puts it all out there for us to see with a take it or leave it attitude. Eileen also has this surprisingly great sense of humor, she always knows how to lighten a mood and bring some of these other women back down to earth. It’s a refreshing quality for a Beverly Hills actress and housewife!

Carole Radziwill takes the number one spot on this list because she’s the ultimate cool girl we all aspire to be, without actually trying to be. She’s effortlessly amazing, from her attitude, to her fashion, and ability to just not take life so seriously. As much as we admire her, we are completely envious! She’s enjoyed a lot of success in her career as a journalist and novelist, so she has the ability to live this nonchalant life, taking it day by day. Carole is like something out of Sex and the City, this downtown city girl with great style, who has money in the bank without actually working. She’s currently dating a much, much younger man, who is an up and coming chef named Adam and she’s currently working on her third novel. For the most part, Carole manages to stay out of the drama, because she just lets things roll of her shoulder without getting too worked up about much, which typically would get a housewife booted, but somehow she manages to stay relevant. She’s the second richest woman to star on the Real Housewives series and one of the most ‘normal’ and down-to-earth women on the show. It’s amazing!