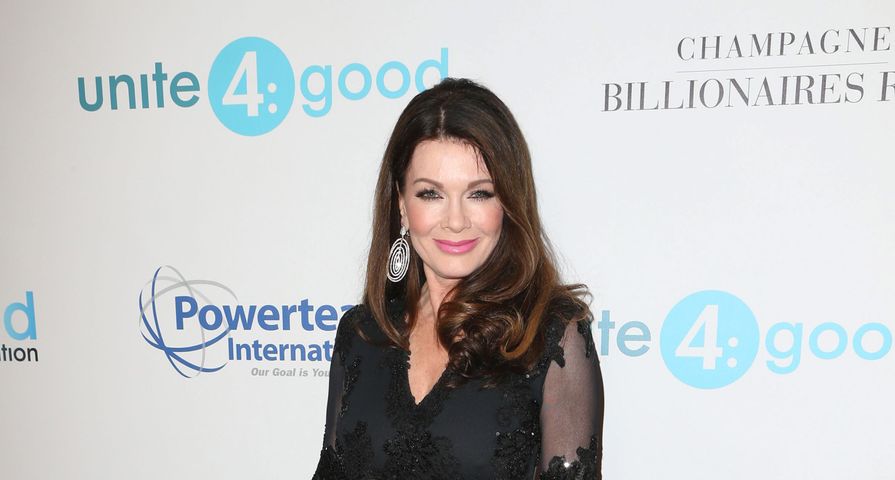 Bravo’s Real Housewives franchise has been around for a long time and it has come a long way in that time. When it first started in 2006 it was a docu-series that was all about showcasing average, working women who live a luxurious lifestyle, but now it’s transformed into a series that is all about seeking out and casting the most glamorous women around (bonus points if they have a celebrity connection). Just like any job, these ladies get paid off performance and some of them are making some serious dough for their drama! Here’s a look at the 12 highest paid women in the Real Housewives franchise!

Vicki Gunvalson is commonly referred to as the O.G. of The O.C. because she is the only Housewife to have been around for every single season of The Real Housewives of Orange County, and because it was this show that started it all. Gunvalson has made a strong career out of her reality TV stint, in addition to already earning millions at her COTO Insurance company. Because she’s such a dedicated cast member who is never afraid to bring the drama each season, she’s among the higher earning cast members with a reported $750,000 per season.

Veteran Housewife Teresa Guidice’s sister-in-law, Melissa Gorga has been with The Real Housewives of New Jersey for quite some time now. She joined the show back in season 3 and has stuck it out through thick and thin as she battled with her co-star and sister-in-law over the past five seasons. These two seem to be on really good terms now, and seemingly as a reward she got herself a pay bump! Now that Gorga has solidified herself as a regular cast member she earns what many of the other ladies earn which is around $750,000 per season.

Emmy Award-winning soap opera actress Eileen Davidson joined The Real Housewives of Beverly Hills in season 5 and started raking in big bucks from Bravo right from the get-go. Usually a Housewife works up toward the big pay checks, but because she was already an established actress prior to joining the show, she had a leg to stand on. She started earning $750,000 which made her one of the higher earning Housewives in the franchise! There hasn’t been much updated information since she joined in season 5, and just recently she announced she will not be returning for season 8.

Sheree Whitfield was a main cast member for The Real Housewives of Atlanta for the first four seasons. She left for three seasons, but managed to climb her way back in the ranks when she returned in season 8 as a friend, and then a full-time cast member in season 9. As a full-time cast member she began raking in a salary of $800,00 per season! We’re pretty sure this is what helped to finally open the doors of Chateau Sheree.

Teresa Giudice is one of Bravo’s most infamous and highly prized Housewives. The New Jersey Housewife attracts so much media attention not only because she loves all the attention, but also because of her legal troubles. She and her husband Joe Giudice were both sentenced to jail time after being convicted of 41 counts of fraud. If it weren’t for Teresa’s hefty pay checks from Bravo and the sales from her best-selling cookbooks, she’d be in a much worse state financially, but she’s doing just fine with a salary of $1 million per season.

Cynthia Bailey has been a regular cast member on The Real Housewives of Atlanta from season 3 to season 9. During her time on the show she’s played nice with her cast mates and been the best friend to both NeNe Leakes and now Kenya Moore, and it seems to have paid off for her! She’s now collecting $1.3 million per season while her ex Peter Thomas makes about $20,000 for his appearances.

Similar to Bailey, Phaedra Parks has been on the show from season 3 to 9 and she’s been known to bring the drama, especially as of late! She is the most recent Housewife to be fired from the franchise after a tumultuous season when she accussed Kandi Burruss and Todd Tucker of conspiring to date rape Porsha Williams. The whole thing was very odd and malicious. It put Parks at odds with all her cast mates to the point that no one wanted to work with her anymore, so Bravo had no choice but to fire her. This was not good news for Parks because she had to kiss her $1.3 million pay check goodbye!

Even though Kenya Moore hasn’t been with the show as long as some of her peers — she’s only been a regular cast member for five seasons from season 5 to 9, but she still makes more than them! The actress/model/producer/author and entrepreneur collects $1.4 million per season, mainly because she knows how to entertain and consistently brings drama to each new season.

The Skinnygirl mogul and New York City Housewife has been associated with the franchise for a long time and is one of the best examples of going from the bottom to the top in a short period of time. When she first began appearing on the show she was just another cast member with no real pull on the show, but now she’s become one of their biggest assets. Not only has she earned celebrity status, she’s become a millionaire along the way! Frankel is a no nonsense kind of lady, so she wouldn’t appear on this reality series unless she was making some serious money while doing it, hence why she’s earning $1.5 million per season!

This Real Housewives of Atlanta star has the most consistent track record of all the other Housewives on her show. She has been a regular cast member for eight consecutive seasons from season 2 to season 9. Her salary definitely reflects her dedication. When NeNe Leakes left the show seemingly for good, Burruss stepped up as the highest paid RHOA Housewife. Now that Leakes is coming back, she’s been demoted once again, but she still collects a pretty hefty pay check of $1.8 million per season!

NeNe Leakes has always been at the top of Bravo’s payroll ever since she joined The Real Housewives of Atlanta. Not only because she demands a lot, but also because she knows how to bring the drama. Her co-star Kandi Burruss moved up to the top of the RHOA food chain when Leakes left the show completely after season 8. It was recently announced she’s returning for season 10 and is back at the top of the roster making approximately $2 million per season!

Lisa Vanderpump has no doubt been one of Bravo’s biggest assets. She’s not only been a regular cast member on The Real Housewives of Beverly Hills for the past seven seasons, but she was also given her own spin-off series called Vanderpump Rules which has also been incredibly successful! The restaurateur and business-mogul sits at the top of Bravo’s payroll with an estimated $2 million per season.