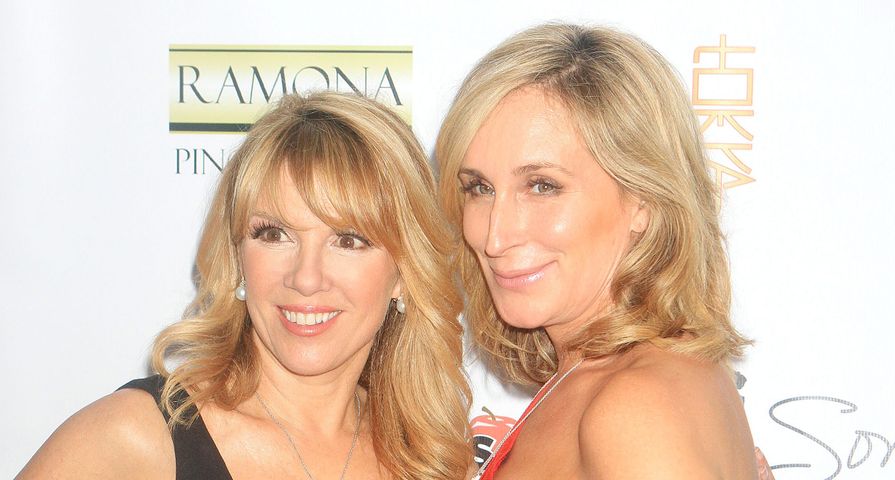 The ladies of each season of Bravo’s hit series, The Real Housewives, seem to hang out in the same circle while filming, but it’s hard to tell whether these friendships are the real deal or just for show. Some of them are authentic relationships that existed before the show, while others formed during filming of the show, but plenty of these women rarely speak when the cameras aren’t rolling. You’d be surprised to learn that some ladies are long-time friends with other women from from different cities of the show — there’s a couple odd pairings you’d never guess! This list takes a look at which Bravo’s Real Housewives are friends outside the show:

These three women didn’t all start out on the right foot, but since filming their first season all together they have all become close friends. Veteran housewife Tamra Judge has been friends with Heather Dubrow since she first started appearing on Real Housewives of Orange County a couple years ago, but when Shannon came on the show two seasons ago her presence centered around a feud between all three. We are pleased to say that it seems their woes are in the past and currently the ladies have all gotten extremely close. The O.C. women are often spotted on each other’s social media accounts, hanging out and dining together, and if Heather Dubrow is there we are sure it’s nothing less than fancy!

Much to Teresa’s dismay, Jacqueline, Kathy and Melissa are real friends and keep in constant contact outside of filming Real Housewives of New Jersey. Kathy is the cousin of Melissa’s husband, Joe, so the two are close through family, but also share a bond as friends. During filming for the show these three women would be seen hanging out together a lot. But when the cameras are off they are also consistently spotted on each others social media accounts on double-dates having dinner with their husbands and out on ‘girls nights.’ The three women have lots to bond over, mainly their shared feuds with fellow housewife Teresa Guidice!

Lisa Rinna was featured on an episode of Real Housewives of Orange County when she met up for lunch with the O.C. housewife. Though the two ladies are from different shows, it’s not too much of an odd pairing because of Heather’s acting background and Lisa’s prominent presence in the entertainment industry. According to Heather’s blog, they met in an acting class years ago and clicked right away as Lisa was able to make Heather laugh. She’s also appeared on Heather Dubrow’s podcast outside of filming the show and dished on the newest season of Real Housewives of Beverly Hills.

Bethenny Frankel has long been a part of the New York Real Housewives franchise, recently returning to her role on the show. Kyle Richards has been appearing on the Beverly Hills Housewives show since it premiered in 2010. The two ladies might live on separate coastlines, but they are actually long-time friends! This long-distance friendship began back when Bethenny was trying to make a career as an actress in California. She met Kyle when she started working for Kyle’s sister Kathy Hilton as an assistant. We suppose it isn’t as surprising when we remember that Bethenny also used to babysit Paris Hilton and probably befriended Kyle while working so closely with the family.

I love this #flashbackfriday with @bethenny flashing WAAAY back   A photo posted by Kyle Richards Umansky (@kylerichards18) on Jan 31, 2014 at 6:50am PST

These hot-headed women are either the perfect match or the most unlikely. Both women are known for bringing the drama in their own seasons of Real Housewives. NeNe Leakes is arguably the most famous and argumentative of the ladies on Real Housewives of Atlanta, while Teresa Guidice is the infamous fiery Italian mother of four girls on Real Housewives of New Jersey. Perhaps it’s the fact that both women have been somewhat outcast by their castmates, but in reality their friendship actually began through Bravo connections. Teresa was photographed visiting NeNe Leakes show on Broadway and, recently on What Happens Live with Andy Cohen, Leakes revealed that she visited Teresa while she was in prison for the past year — now that’s real friendship! Teresa’s sister-in-law Melissa Gorga didn’t even visited Teresa in prison!

The friendship between Kristen and Brandi seems to be totally out of left field, but surprisingly the two women are actually quite close! It’s definitely an odd pairing as Brandi is extremely outspoken and vulgar, while Kristen is much more reserved and well-mannered — but opposites attract! Reportedly the two housewives have been good friends for a long time despite the fact that Kristen resides in New York and Brandi lives in California! It’s quite the long distance friendship. The two have been spotted lunching together and Kristen has made guest appearances on Brandi’s podcast. There have even been rumors about the two having their own spinoff show.

These two housewives were long-time friends before coming on the show. Eileen and Lisa both starred as characters on the widely popular soap opera Days of Our Lives. In fact, Eileen currently still is working on the daytime soap. The ladies then joined the cast of Real Housewives of Beverly Hills at the same time for season 5 and came back to film season 6 of the show as well.

Ramona and Sonja are typically attached at the hip on Real Housewives of New York, so it’s not too surprising these two are friends outside of filming the show. These besties are so close they compare their relationship to being sisters and they are always causing a ruckus on the show. Ramona and Sonja are usually at the center of any drama, and when they aren’t bickering with other women, they are usually fighting between themselves. No matter what happens though, Ramona and Sonja will always forgive and forget. These two women are the true definition of best friends forever!