Home » Entertainment » Celebrities » Former Real Housewives: Where Are They Now? 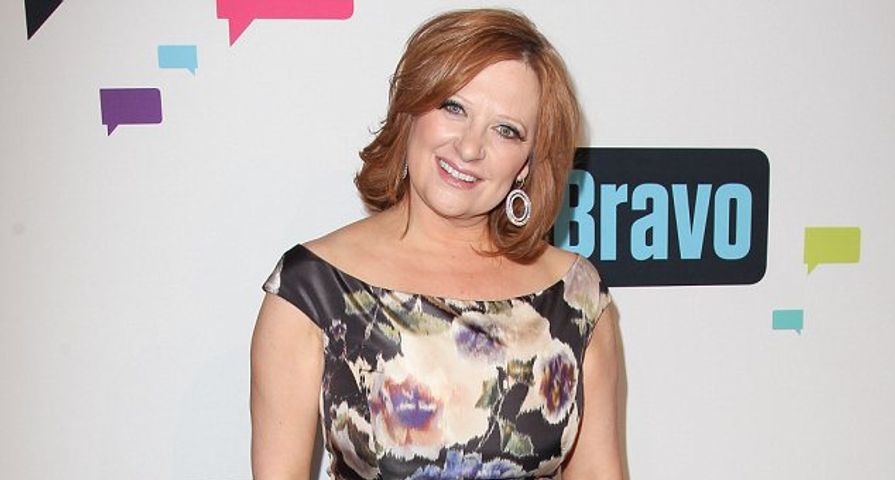 Bravo’s popular reality series the Real Housewives has been around for a long time and is continuing to grow with new shows and new seasons. Similar to many other reality shows, the Real Housewives has a high turnover rate when it comes to cast members. As a result, we’ve seen many women come and go over the past few years, and while some might come back for a few guest appearances here and there, many of them disappear from the spotlight! We’re checking in on 12 former real housewives to see where they are now!

This former Beverly Hills Housewife is never far away as she’s continuously appeared on the show since leaving her series regular position on the show after season 2 as she still has close relationship with several of her former cast members. Viewers got to see Grammer go through a very public divorce from her ex-husband Kelsey Grammer and the two have since had a strained relationship. According to Grammer, she’s been asked to return to the as a main cast member and is considering it. She’s moved on from her marriage with a new boyfriend, been supporting her daughter as she pursues a modeling career and in 2016 underwent surgery for an early stage diagnosis of endometrial cancer.

Lynne Curtin was a main cast member on season 4 and 5 of The Real Housewives of Orange County. When she left the show her marriage and financial situation were in jeopardy. She has since divorced her husband, Frank Curtin, and continues to work on her business Lynne Curtin Designs which sells her signature cuffs, as well as rings, belts, bags and collars for dogs. It’s unclear how successful her business has been, but it’s still kicking! For a while her family was still immersed in controversy as her daughters pursued careers in the adult entertainment industry, but Lynne is now a grandmother to her grandson and, according to her, is “very happy!”

Alex McCord starred on the first four seasons of The Real Housewives of New York City before she was fired in a huge cast shake up. After she was fired, she hung around NYC and took a job at Rumorfix doing video blogs about her time on the show. She and her husband, Simon van Kempen, appeared on VH1’s Couples Therapy, but have since moved to Simon’s native home Australia with their two sons Francois and Johan. She earned her B.A. in Psychology and is now working as a psychologist!

She was fired from RHOC after season 8 when her storyline fell flat, but was a main cast member for quite a long time from season 3 to 8. After the show she and her fiance Slade Smiley did a few stints on other reality shows like WE’s Marriage Boot Camp and The Doctors, but still have yet to take the plunge and walk down the aisle together. Rossi is still working on her Gretchen Christine Collection of cosmetics and handbags and, according to an interview she did with People in September 2016, she and Smiley are working towards starting a family. They’ve even undergone IVF! Rossi continues to mingle with some of the former and current Housewives like Lizzie Rosvek, Kelly Dodd and Vicki Gunvalson.

Taylor Armstrong’s time on The Real Housewives of Beverly Hills was riddled with sadness as she quietly battled a domestic abuse in her relationship with her late husband, Russell Armstrong. Eventually in season 3, her troubles were outed by her former cast mates, and were confirmed after she filed for divorce and Russell took his own life in 2011. She has since then been extremely open about the abuse she suffered and even wrote a tell-all called Hiding From Reality. Taylor is often seen on RHOBH in guest appearances and has since turned her life around with her marriage to her attorney, John Bluher. The two live in Colorado with her daughter, Kennedy, whom Bluher adopted.

Dina Manzo was kind of off and on with her Real Housewives of New Jersey experience. She was a main cast member in season 1 and 2, a guest in season 4 and then returned as a main cast member once again in season 6. She left the show both times to avoid conflict with her sister-in-law, Jacqueline Laurita, who also happened to be a Housewife on the show. Dina’s relationships with her sister-in-law and sister, Caroline Manzo, are still up and down, but she has finally divorced her ex-husband Tommy and moved to California. She recently made headlines in May 2017 when she and her boyfriend David Cantin were beaten and robbed in her home in New Jersey. They are both okay, and have since returned to California.

This Atlanta Housewife was only part of the franchise for one season, but many fans were sad to see her go. She was one of the few calm-minded women in the cast, so she offered a nice balance to the many drama filled moments. Ironically after she was fired from the show for not being exciting enough, her life took a much more dramatic turn! In 2010 she got divorced from her husband of 12 years, former NBA player Eric Snow, and became an author in 2013 when she penned a book series for tween girls. To top it all off, she’s also lost over 30 pounds!

Adrienne Maloof served as a main cast member of The Real Housewives of Beverly Hills for the first three seasons until she abruptly left the show after former co-star Brandi Glanville revealed she used a surrogate for her twins, Christian and Colin. Since leaving the show she’s gone through a nasty public divorce and custody battle with her ex-husband, Paul Nassif. She’s since moved on from her marriage by casually dating Sean Stewart, Rod Stewart’s son. Maloof is still involved in her family’s various businesses including the Palms Casino Resort in Las Vegas and a new product called Never Too Hunger, a hangover supplement, as well as her own jewelry line.

Veteran Housewife Jeana Keough was one of the original Housewives of Orange County. She appeared as a main cast member from season 1 to 5 and has returned as a guest several times since. She is legally separated from her husband, Matt Keough, and now sporting the title of Grandma! Her daughter Kara welcomed a daughter with her husband, Kyle Bosworth, in January 2016. She still works as a realtor in Orange County and loves spending time with her growing family!

An original Housewife from The Real Housewives of New Jersey, Caroline Manzo was definitely a fan favorite so fans were devastated when she left the show in 2014. Thankfully, they didn’t have to miss her too long because she and her family were given their own spin-off on Bravo called Manzo’d with Children. The show ran for three seasons, but in February 2017 it was announced it would not return for a fourth season. She still lives in New Jersey with her husband, Albert, and near their three children, Lauren, Albie and Chris. Her daughter Lauren is now married and welcomed her first child with husband, Vito, in February 2017 which means Caroline is now a grandmother!

Jill Zarin was a main cast member on The Real Housewives of New York City for the first four seasons until she was fired alongside several other cast members. Since leaving the show, Zarin and her husband, Bobby are still happily married and spend most of their time in their new Florida home. She still runs their fabric company in New York City and spends time with former cast mates like Luann D’Agostino and Kelly Bensimon. Jill recently shared that her husband’s cancer returned last November when he was diagnosed with a brain tumor. He had initially been diagnosed with thyroid cancer back in 2009, which then returned to his lungs in 2015 and have now spread to his brain.

She is one of the most beloved Housewives in the franchise. She served as a main cast member on The Real Housewives of Beverly Hills from season 3 to 6. Fans were shocked in late 2015 when she announced her split from husband, David Foster, especially since the announcement came while season 6 was still on air. She also revealed she would not be returning for another seasons and has since moved to New York City to be closer to her supermodel daughters, Bella and Gigi Hadid. Don’t fret, Yolanda is coming back to the small screen as the host of the new Lifetime series Model Moms where she will be coaching aspiring teen models.