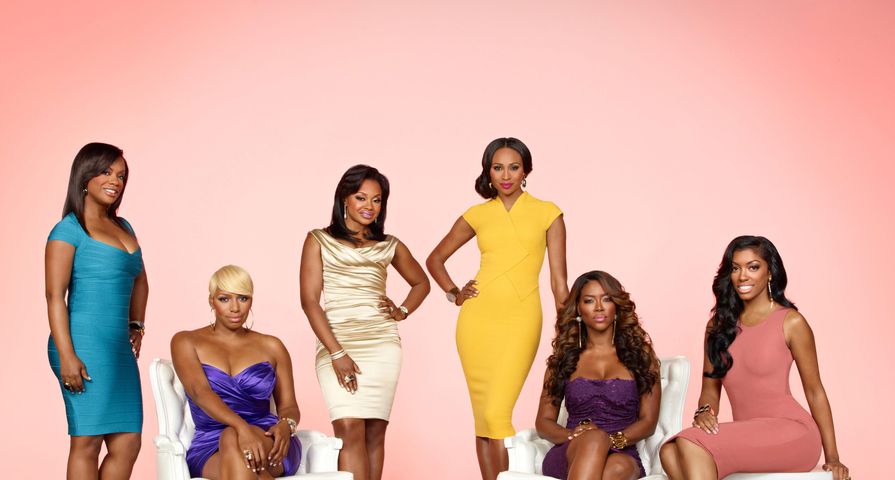 10. The Real Housewives of Atlanta Are the Hottest Housewives

9. Atlanta Spin-Offs Are Just As Hot

The Real Housewives of Atlanta is so wildly popular that it has sparked more spin-offs than any other Real Housewives show. Don’t Be Tardy focuses on Kim Zolciak and her family while I Dream of NeNe: The Wedding was just that. The Kandi Factory featured Kandi Burruss’ attempt to help 16 aspiring artists succeed in the music business and was one of three of Burruss’ spin-offs along with Kandi’s Wedding and the most recent Kandi’s Ski Trip.

10 Things You Didn't Know About Real Housewives Of Potomac

8. DeShawn Snow Was “Too Human For a Circus Show”

DeShawn Snow was one of the original Real Housewives of Atlanta, but left the show after the first season. She claimed that it was because the producers thought she was “too human for a circus show.” In a series that’s widely considered to be the fakest of the bunch, Snow was apparently “boring and not ‘real enough.” While the producers were looking for more drama for the second season, Snow said “I’m not the type to go ‘television’ and start acting crazy because somebody’s talking about me.” Yeah, she had no chance.

7. The Real Housewives of Atlanta is a Media “Guilty Pleasure”

The Real Housewives of Atlanta is more than just a guilty pleasure for the everyday viewer, but it’s also a favourite of media outlets. Latoya West of About.com commented that the “show’s divalicious drama might be addictive” while the staff of Entertainment Weekly said that they are “never tardy for this party” and said that they feel RHOA is helping to make the series a “franchise for the ages.” Essence noted that they can’t “get enough of the ladies” and deemed it the best reality show of the year.

There has been wide speculation around how much of The Real Housewives of Atlanta is actually true from plot to background. In season five, the main suspicion was around Kenya Moore. It was alleged that she had asked Walter Jackson to pretend to be her boyfriend merely for the show. Producers responded by saying that they were completely clueless about the entire thing and Kenya herself claimed that the accusations were completely false. NeNe Leakes also reportedly leaked the fact that the reunion episode had been scripted and released texts to back up the claim. And speaking of NeNe, there are rumors that her divorce from husband Gregg Leakes was just another stunt fabricated for the show.

The suspicion around The Real Housewives of Atlanta doesn’t end around the storylines. There are also rumors that Kenya Moore isn’t as financially well-off (or even as financially stable) as she claims to be. The RHOA star reportedly joined the cast of the show in order to pay off lawsuits she faced brought against her by several creditors. Talk about drama!

In 2013, Porsha Williams apparently worried that her spot on the show was in jeopardy, so she is said to have staged her divorce from Kordell Stewart in order to spice up her storyline. Suspicions of fake marriages aren’t new in the business, but staging divorces might not be as common. Kudos, ladies, on trying to be semi-original in your fabrications.

Kim Zolciak may be best known as one of The Real Housewives of Atlanta, but that’s not all she does. In 2009, Kim released a debut country music single called “Tardy for the Party” (of course) which was followed by “Google Me” and “Love Me First.” But before she was a Real Housewife and a country singer, Kim studied nursing at the University of Connecticut and earned her licence as an LPN (Licensed Practical Nurse). And if that’s not enough, Kim endorses her own line of fruit flavored moscato wines called Viva Diva, which comes in mango, strawberry, raspberry, pomegranate, coffee, and of course, chocolate.

2. 17-Year-Old Kim Zolciak Had An Affair With A 49-Year-Old Police Sergeant

If you think the drama began with the Real Housewives of Atlanta when the cameras started rolling, then you’d be wildly wrong. Back when Kim Zolciak was 17-years-old, she had an affair with a 49-year-old police sergeant. The two met when he interviewed her as a material witness in a case he was working on. When the affair was discovered, the police office was given a 45-day suspension before retiring two years later.

1. Not All of The Real Housewives of Atlanta Are Strictly Straight

Kim Zolciak has previously come out as bisexual and in 2010 was dating well-known female DJ Tracy Young. However, just one week after making the announcement, Kim and Tracy broke up and Kim claimed that the relationship had merely been a fling.