Home » Entertainment » TV » Cast Of RHOC: All 6 Housewives Ranked From Worst To Best 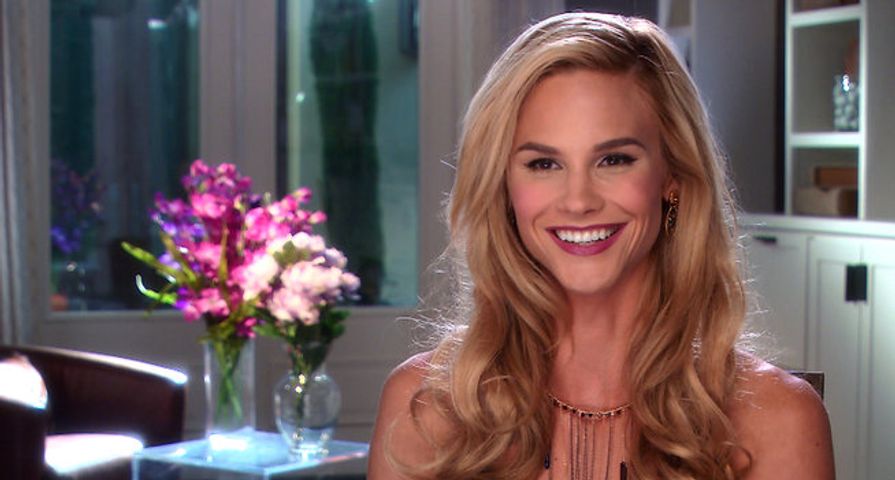 The Real Housewives of Orange County is the show that started it all! First airing back in 2006, RHOC paved the way for the entire Real Housewives franchise. With 11 seasons and counting, the show has seen a lot of women come and go throughout the various seasons and only one cast member remains from the original season, the rest have joined along the way. Regardless of the revolving door of cast members, fans will continue to side with their favorites each season and a few of the women on the show have been around long enough to develop a loyal fan following — some more than others. Here’s a look at our ranking of all the housewives on The Real Housewives of Orange County from worst to best!

She’s the newest member of The Real Housewives of Orange County, so by default she lands in the last spot on this list. It’s not necessarily because she’s done anything wrong, but rather because we don’t have much to go off in terms of ranking her. The 11th season has only begun and she’s made a good impression so far. We do know she likes to be the life of the party and she’s quite loud…so she’ll fit right in with the other women! Our background research tells us she’s married to an older man who she briefly separated from but they have recently reconciled; the two share a 9-year-old daughter and she owns a house on the beach where she lives with her family. Kelly joined the group as a friend of Meghan, who’s also fairly new to the show, but spoilers tell us she’ll become close friends with Vicki Gunvalson. We aren’t sure what to expect this season from Dodd, but we’re pretty sure she’ll be a fiery addition to the show!

Vicki Gunvalson calls herself the OG of the O.C. because she’s the only cast member to have been around since the first season and due to the fact that RHOC was the first show within the entire franchise, she literally is the first housewife! Fans who’ve been watching the show for the past 10 and counting seasons have gotten to know Vicki Gunvalson and she’s an acquired taste. She is a popular housewife because she’s been around so long and she definitely knows how to have fun (or should we say whoop it up!), but she is constantly finding herself at odds with the other women on the show. One thing is for sure, Vicki has a hard time admitting she’s wrong. She can be extremely judgmental, condescending and opinionated. She’d probably find herself a bit higher up on our list, but last season she got involved in a pretty ugly mess of things when her ex-boyfriend, Brooks Ayers faked medical records to prove he had cancer. A lot of people speculate he’s lying about having cancer entirely, and Vicki stood by his side through it all knowingly lying for him. This didn’t set well with fans, and she’s got a lot of making up to do, but there’s one thing we know about Vicki, she’ll always come out on top!

Shannon Beador joined The Real Housewives of Orange County in season 9 and she’s brought a lot of juicy storylines to the show. During the first season of filming, viewers quickly realized something wasn’t right in her marriage to David. She was fast friends with Vicki Gunvalson and Tamra Judge, but Tamra betrayed her trust and not surprisingly she turned on her. She butted heads with Heather Dubrow, who is typically the voice of reason on the show and fans didn’t like her naggy attitude towards her husband. Last season we realized why she seemed so uptight with her husband — he had an affair and Heather knew his mistress! She’s reconciled with all the women, except now in a strange twist of events, she’s at odds with Vicki. Shannon definitely brings some comic relief to the show because she’s so quirky and unintentionally funny, but she does have a side to her that is extremely judgmental and she isn’t the most welcoming person when new women join the show. Many viewers questioned Shannon’s intentions when she openly aired her dirty laundry on the show, especially since she has children, but she claims they already knew about the affair and she wanted to have an open dialogue within her family.

When Meghan King Edmonds got off to a rocky start when she first joined the show last season. She immediately butted heads with Shannon Beador and Vicki Gunvalson. In Meghan’s defense, she was up against two women who don’t typically make new friendships easily and she stood her ground which is admirable. It was quickly clear that Meghan wasn’t going to down play her presence just because she was new to the group and she came off a bit like a spoiled brat at times. Right out the gate Meghan knew there was something strange about Brooks’ cancer story and she wasn’t afraid to come out and say it…even when she had no evidence to back it up. Fortunately for Meghan, her instincts were spot on and she was right! The truth might not have come out if it weren’t for her relentless efforts. We love that she was so genuine and caring with her stepchildren’s mother, and she seemed to be a huge support system for them. Meghan is now expecting her first child via IVF with her former baseball pro husband, and we’re hoping this season is a little less tense for her with Brooks’ cancer scandal behind them.

Heather Dubrow, or should we say Mrs. Fancy Pants, is onto her fifth season with the show. This former actress, mother of four and wife of famed plastic surgeon and star of Botched, has definitely left an impression on viewers with her larger than life mansions and know-it-all attitude. Despite the fact that Heather can seem like she’s snobby, she’s actually quite relaxed and much more open minded than some of her cast mates. She’s got a great sense of humor and her happy little family gives us all the feels — especially cute little Coco! She’s the mom that does it all and she looks good while doing it! We somehow envy and love her at the same time. Heather had her conflicts with the other women, she’s even feuded with her best friend Tamra Judge, but she’s so level headed and a constant voice of reason, it’s hard to stay mad at her for long. To some viewers, she might seem a little too ritzy and fancy, but there’s no denying she’s been a great friend to all the ladies on the show and extremely supportive of her husband.

This longtime Orange County housewives lands herself in the number one spot on this list because of her great sense of humor! We must admit, in previous seasons she might not have been number one on the list, but lately she’s cleaned up her act and toned down her mean girl habits. Possibly the fact that she’s now a grandmother and happily remarried has softened her up a bit. Tamra joined the RHOC back in season 3, so she’s been with the show for a long time. She’s seen a lot of different cast members come and go over the past few years, and many of them she’s feuded with or picked on which wasn’t a good look back in the day. She’s toned it down recently and become a little more level headed. She still has her wicked sense of humor, crazy antics and snarky comments, but its all in good fun now and she doesn’t seem to take it as seriously as before. She’s got bigger things to worry about in life like her nasty custody battle with her ex-husband Simon Barney. Last season we saw Tamra turn to a new found Christian faith and she seems to be on a better path in life! Hallelujah.