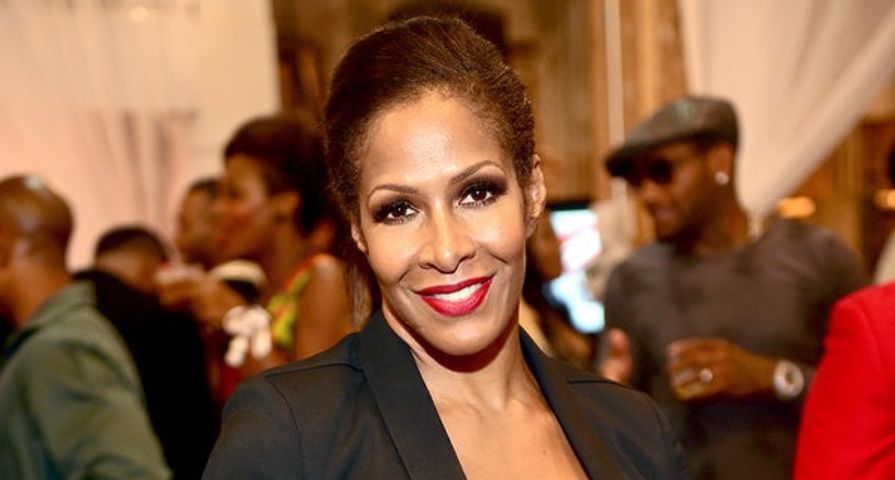 Sheree Whitfield is a long-time member of The Real Housewives of Atlanta after appearing on the first four seasons of the reality series. She made a brief exit for three seasons, but couldn’t stay away long as she’s already back at it and starring in season 9. The single mother of three had no problem reasserting herself into the group of Atlanta’s Real Housewives and she’s made it clear she’s back and better than ever! The newest season started a few weeks ago, so we’ve decided to a little light reading on all the stars of the show. Here’s a look at 10 things you probably didn’t know about Sheree Whitfield:

Sheree Whitfield married former NFL player, Bob Whitfield, in 2000. They got married after having two children together, a son named Kairo in 1996 and a daughter named Kaleigh in 1999. Their marriage was short lived as they divorced in 2007. Since then the two Whitfield’s have been co-parenting their two children and it hasn’t been easy! This seasons viewers get to see how the two parents operate in a pretty serious situation when Kairo gets a DUI. Sheree told the Daily Dish that she’s always had to be the more strict parent in their family because she’s the parent that’s around more, so Bob is more of the “fun parent.”

Their relationship has experienced a lot of ups and downs, especially after their divorce. The couple went through a nasty battle over child support and have both dated other people in the time they’ve been apart. Many people are questioning the status of their relationship now because Bob has been seen multiple times alongside Sheree in the latest season of RHOA. Sheree said in an interview with Essence that she would never say “never” when asked if she would consider remarrying Bob — she’s happy they are back on friendly terms, but they still have a lot of work to do on their relationship. She also alluded to the Daily Dish in an interview that Bob is potentially trying to woo his ex-wife back into his life, and she’s definitely planning on making him work for it! “I am not surprised because I am a really great woman, a real catch and sometimes people don’t realize what they have until they no longer have it,” she said.

Sheree and Bob were in and out of court in the years after their divorce, first because of a long drawn out battle over their prenup and then for unpaid child support. In 2011, Bob filed for Chapter 13 bankruptcy settlement and told the courts he was living off disability checks from the NFL. After a lot of negotiating and battling it out in court, in 2012 Sheree won her case and Bob was given 21 days to pay $75,000 to his ex-wife after he failed to make 38 months of child support. No wonder there’s some bad blood between these two!

7. She has a Half Sister

In an interview with The Grio, Sheree revealed she has a half sister. Before Sheree was born, her mother had another daughter when she was only 16 or 17, but she put her up for adoption so the Housewife never met her. “My mom actually had a daughter when she was young, 16 or 17. She was put up for adoption a long time ago in Ohio. In Ohio, they had a ban on finding out who your adoptive parents were until this year. So this year, my mom’s daughter applied….so I actually just met her for the very first time, and she’s 51 or 52. We’re trying to work that dynamic,” said Sheree.

One of the most surprising things about Sheree Whitfield is the fact that she had her oldest daughter, Tierra, when she was only 15! She opened up about what it was like having a child at such a young age in an interview and said: “It was absolutely tough. I had a great support system with my mom and my brother. It was that one time, and I just sort of got caught up. At the time back then, there was a lot that you could do now that you couldn’t do back then… I’m happy to say that my daughter has broken the cycle. She has not had any kids yet and won’t until she gets married,” said Sheree.

Any fan of The Real Housewives of Atlanta knows that Chateau Sheree has taken over 5 years and has been riddled with rumors of foreclosure throughout its construction. At times it seemed like Sheree was all talk and no game, but finally in season 9 it seems like the mansion is almost ready to live in. She even hosted a housewarming party to prove it! Unfortunately, she just spent some more time in court as a result of Chateau Sheree because when she threw her over-the-top party she was busted by the cops for not obtaining the proper Certificate of Occupancy to prove the home is habitable. She also needed a permit to throw such a large gathering at her home. In early November 2016 she appeared in a Georgia court to plead no contest to her charges. Sheree was put on probation for a year and fined $1,000 dollars.

In 2013, TMZ reported that the Atlanta Housewife owed the IRS over $40,000 in back taxes. According to documents obtained by TMZ, the U.S. government filed a tax lien against Sheree for unpaid taxes in 2009 and 2010. I suppose she thought, “Who gonna check me, boo?” but that didn’t exactly fly with Uncle Sam! The total amount she owed was $41,752.83. She ran into even more trouble with her former divorce lawyers who sued her for unpaid legal fees. The firm received a judgement against her and even seized her Aston Martin in November 2010. She was ordered by a judge to pay $119,000 to the lawyers.

3. What She Looks for in a Man

Even though many have speculated about Sheree and Bob are getting back together, she remains adamant that she’s still very much single, dating and looking for any potential suitors. “I have gone on a few dates. I’m single and free and just having fun. No one serious right now,” she said. In a separate interview with the Daily Dish she described what she’s looking for in a relationship and why that might not be with Bob. “I think I’ve always been kind of looking for the same thing, maybe a few things may have changed. I’ve always wanted a great guy who’s family oriented, God fearing, honest. I need someone who can communicate. And that was the problem with Bob and I. I think we talked so much before we got married, but once we got married the communication was like cut off. So definitely someone who communicates, makes me laugh.”

When it comes to dating, Sheree has said that she typically only dates younger men — in fact, the men she sometimes dates are a lot younger! “I’ve never really dated older. I always get the young guys hitting on me, so I’m not so concerned with age. I mean, of course they can’t be too young. But I’ve met some guys who are in their early thirties, late twenties who are more mature than some of the 50 + year old guys that I’ve met. At a certain age, some of these guys are set in their ways,” she said.

Sheree Whitfield definitely doesn’t put a lot of restrictions on herself — she’s more of a ‘do what I want kind of gal,’ but when it comes to dating and being a single mother, she makes sure to have some rules in place. During an interview with Wetpaint, she was asked if her son Kairo, 16, has met any of her suitors, but she quickly responded that she would never bring any man around her kids unless their relationship was extremely serious. “I will never bring a man around my kids. My kids have never met any guy that I have dated. Because if I’m just dating — unless it’s super serious, you’re not going to meet my kids,” she said. That’s a pretty good rule to live by!