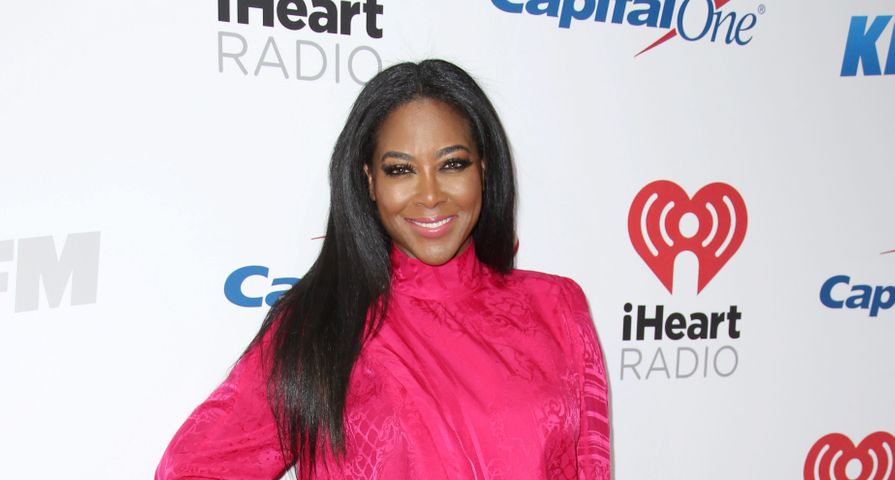 Kenya Moore joined the cast of The Real Housewives of Atlanta in 2012, but she was already a celebrity long before she became a reality star. From her modeling career to her television and movie parts, she has deep ties in the entertainment world. Even though she has a career that spans over two decades, there’s a lot most people don’t know about the stunning star, so here are 7 things you didn’t know about Kenya Moore:

Moore’s relationship with her mother is non-existent. Her mother was only 15 when she got pregnant and she wanted to give her daughter up for adoption, but her father begged his mother, Doris, to raise Kenya for him, so Doris took her in. Since Kenya’s birth, her mother has acted like she doesn’t exist. “Since birth, my mother made the decision at age 16 to pretend she never had me. She has never spoken to me,” she wrote in her Bravo blog. “Even if present in the same room with other people and family, she pretends that I simply don’t exist. She pretends I’m invisible.” Growing up, she was very angry with her mother for abandoning her and took her frustrations out on her grandmother.

The reality TV star began her modeling career when she was 14. In 1992, she was the cover girl for Chicago-based Johnson Publishing Company’s Ebony Man’s (EM) magazine and she also became a model for the Ebony Fashion Fair cosmetic line. In 1993, she won Miss Michigan USA, becoming the second African American woman to do so, and then represented the United States in the Miss Universe pageant that same year where she placed sixth.

She has appeared in a number of television shows including The Fresh Prince of Bel-Air, Smart Guy, Living Single, The Jamie Foxx Show, In The House, and Girlfriends, and she’s also dabbled in movies. Some of her better-known roles were in Waiting to Exhale, I Know Who Killed Me, and Trapped: Haitian Nights, which she also directed and produced.

During Kenya’s teen years, she had a relationship with a boyfriend who was jealous, controlling and eventually physically abusive. It lasted for three years and only ended after he stabbed her with a nail file. In 2015, she started dating Matt Jordon. These two broke up in 2016 while on vacation in Mexico because of his jealousy and anger, which had turned violent. Over the course of their relationship, he kicked in a door in her hotel room; broke windows on her garage door; smashed the glass on the side door of her house; hit her driver; spray painted her security camera; and damaged the back window of her car.

Kenya Summer Moore was born on January 24, 1971 in Detroit, Michigan, to Patricia Moore and Ronald Grant, who were both teenagers at the time. Her paternal grandmother is the one who raised her, along with her paternal grandfather. Even though her grandparents didn’t have a lot of money when she was growing up, she made sure to graduate high school and then move on to university. She attended Wayne State University in Detroit where she majored in psychology and minored in communications.

In January 2017, she had two unidentified men and a woman hop her fence and enter onto her property. She saw them on her security camera and was waiting for them with a gun. She put up security stills of the trespassers on Instagram and is offering a $1,000 reward to anyone who can identify them. “It’s never OK to violate anyone this way,” Moore wrote on Instagram. “It is not funny. Men showing up at your door is an immediate threat. Things could have ended badly and all 3 will be criminally prosecuted.”

Although the Real Housewives of Atlanta star’s net worth was reported to be at $1.5 million in 2013, it dropped considerably in 2016 to $300,000. Given that she has a job on a hit show and has her own production company called Moore Vision Entertainment, one would think that her financial situation would be more comfortable; however, since joining the reality TV show, she’s had some financial issues. In 2013, she was evicted from her $4,000 a month rental property in Roswell, Georgia, after failing to pay rent for several months. She was also hit with a lien in 2016 after she failed to pay portable restroom company Johnny on the Spot, Inc.