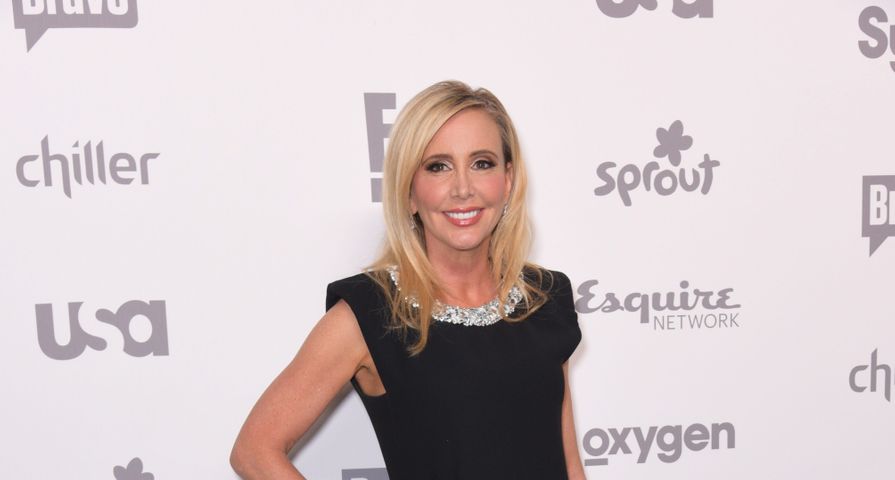 Shannon Beador joined The Real Housewives of Orange County back in season 9 and she’s been a regular cast member ever since. She’s known for her magic crystals, nine lemons in a bowl, odd holistic remedies and overall just being a little whacky at times but, regardless, fans love her! Shannon is definitely a no-nonsense lady and she’s not afraid to stick up for herself which is a quality that is necessary for each and every housewife. She’s a little old school in her way of thinking and behavior, but she offers a great mix to the group and vibes well with the other women…for now! Shannon Beador has only been on the show for a few seasons, but fans have seen her go through a lot of really heavy emotional and personal matters like infidelity, an almost-divorce and having her children find out about it all. Kudos to her though because she’s managed to completely turn her marriage around and is now living a happily life! Here’s a look at 10 things you didn’t know about RHOC star Shannon Beador!

Shannon Beador is a California girl. She talks briefly about her background while on the show and mentions that she comes from a well off family. She grew up in Bel-Air and lived in San Diego, Rancho Santa Fe while attending high school. She then went to the University of South Carolina (USC) and moved to Orange County after she graduated which is when she met her now husband, David Beador. Shannon and David now live in Newport with their three children, Sophia and twin daughters, Stella and Adeline.

Shannon is all about keeping energy levels balanced and living a holistic non-toxic life. She works with a Feng Shui consultant in order to let go of her anger and resentment and free her body of any negative energy. She said, “When my twins were born, my husband and I had to move our 3-year-old daughter into a new room. She screamed all night every night. We consulted doctor after doctor and finally Elaine was recommended to us. I was willing to give Feng Shui a try but my husband wasn’t. I called Elaine anyway and when she came to our home, my husband was so angry that he would barely speak to Elaine. When she saw my daughters room, she immediately moved some furniture around and my daughter slept soundly from that night on…Our lives have drastically changed for the better since Elaine entered our life.” Her favorite specialist is Dr. Moon, who has appeared on the show a few times now. Some of the odd quirks she follows involve always having a bowl with nine lemons in it sitting out in her home; she uses crystals for healing and even uses them on her children to cure illnesses and even has little fragments of jewels in her teeth which are said to be healing. She said the first two jewels cost her $20,000!

Shannon and David have been married 15 years, but despite the longevity of their relationship, it hasn’t always been easy. Shannon revealed that the two of them had been fighting before they started filming the show and the day after the cameras entered into their home, David ran to the arms of another woman. Their marital problems quickly became a storyline for the show, but during the first season Shannon didn’t realize there was an affair going on and viewers simply thought the problem was tireless bickering. In fact, we now know the only person who knew about it was Heather Dubrow, but she was extremely discrete about it. Now that Shannon knows, things seem to be going better for the couple. They have been extremely open about the entire thing, not only on the show, but even with their children! David and Shannon did an interview with Andy Cohen on WWHL and divulged a lot of painful details. For example, Shannon said, “One day he handed Stella his wedding ring and said, ‘Give this to your mother, I don’t want it anymore.'” She also admitted that she found out about the affair because she heard him whispering to someone on the phone which was unusual. She got suspicious and looked through his things only to find receipts from hotels and she knew he was having an affair. One of the most hurtful things was that she knew the woman, Nicole McMackin. McMackin had tried to deceitfully start a friendship with Shannon in order to get details about her marriage and one day Shannon got a phone call from her where she told her, “He’s obsessed with me! He wants to marry me and I don’t even know the guy.” Despite David and Shannon surprisingly moving forward from this mess, Shannon admits that she still sees the woman out from time to time which is hard, especially since her children know who she is. But they are adamant this affair was the best thing for their marriage because now they are all closer than ever.

4. She Once had the Largest House in Bonita Canyon

Fans of The Real Housewives of Orange County will know that in Orange County it’s all about who has the biggest and baddest house. The title typically goes to Heather Dubrow who is always constructing a new mansion, but when Shannon joined the show she stole the title from Heather! Shannon’s house has a basketball court inside for heaven’s sake! She proudly showed off her home to the other housewives, but what she didn’t mention was that it was the largest house in all of Bonita Canyon. When she first joined the show, Shannon invited Heather Dubrow over to tour her humble abode and viewers learned that her home was built by the same builder, architect and designer as the Dubrow’s. This automatically makes Shannon’s home extra fancy! This season the couple is moving on from their Bonita Canyon mansion and downsizing to something a little more practical. They insist it’s not due to financial issues, but rather to get a fresh start and move on from the past. Shannon said there are a lot of awful memories in that home.

When she first joined the show, her Bravo bio described her as a woman who adheres to a strict holistic lifestyle, lives in a toxic free house with hospital grade air filtration and that her three daughters have never eaten cheddar cheese! The reason she deprives her children of this particular food is because she’s afraid of the “orange dyes.” We’re going to assume there’s not much ‘fun’ food in the Beador family home. In her first blog post she wrote, “I cannot control the environment in general, but I can control the environment of my home, and I choose to make that the healthiest one possible.” Now as fans have gotten to know Shannon, we’ve seen a few of the unconventional things she does to stay healthy and toxin free, like her at home enema kits and how can we forget when she brought her traveling nebulizer to help with her breathing issues. Shannon does admit that while she’s all about being environmentally friendly and non-toxic, but she’s absolutely controversial because at the same time she drives an Escalade, colors her hair, drinks cocktails, eats out at restaurants and lives in a big ol’ mansion. “I am a contradiction. I want to live in a non-toxic environment, yet I drive an Escalade. I want to be healthy, but I don’t exercise. I don’t make sense, I wish I could figure myself out.” Well at least she admits it!

Just because Shannon had one of the biggest mansions on the show doesn’t necessarily mean it’s got all the perks! In fact, Shannon’s house is a little dated when it comes to technology, but not because they can’t afford it. Shannon doesn’t have WiFi in her home because she’s worried it can have a negative impact on her family’s health and that it would interfere with their green living space. Her home was built with almost entirely environmentally safe materials. In addition to that, Shannon’s children aren’t allowed to have cell phones. It’s not because she’s overly strict with her children, but rather because she’s concerned about radiation! During an episode of season 9 we hear Shannon’s daughter complaining that all her friends have cell phones and she doesn’t, but Shannon quips back that she’s read countless reports which state “when you put a cell phone to your head, you’re radiating your brain.” We’re not quite sure if they have a microwave…but they probably don’t!

Shannon’s husband, David Beador, is the President of Beador Construction, a company created by his father. We must say, David and Shannon’s marriage is in a much better place now, but it seems he’s had quite the past. Not only did he have a wandering eye, but he’s been arrested and charged with assault. Star magazine reported that Shannon told them the charge stems from a verbal argument between her and David, but the argument wouldn’t end so she called the police. She maintains that he never hit her or that anything overtly serious happened and they’ve both moved on from the incident. Radar Online also reported that David was investigated and charged with “battery against cohabitant” and “assault” in 2003. Court records obtained by Radar Online state that David pleaded not guilty to both charges and they were eventually dismissed three years later.