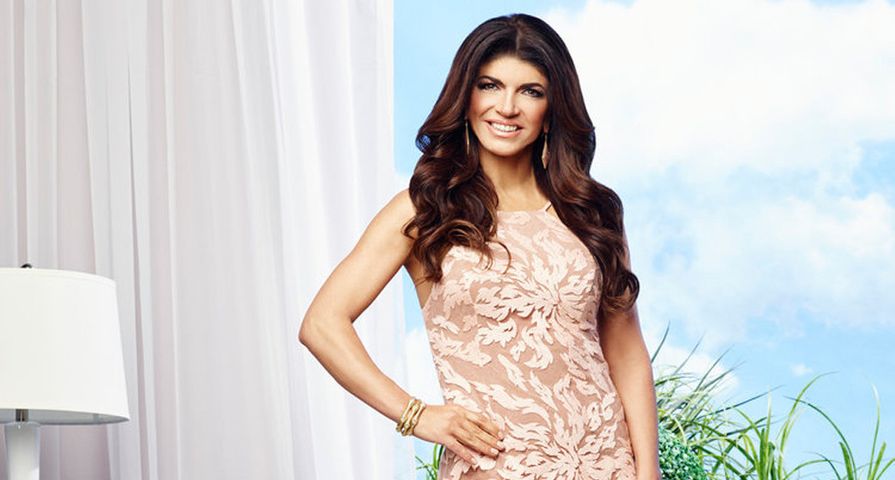 Teresa Giudice is no doubt the star of The Real Housewives of New Jersey. She joined the show back in 2009 for the first season and has been making headlines ever since. She’s well known for her hot temper, Italian roots and flashy lifestyle, but more recently she’s been captivating an audience with her legal storm of financial charges and just recently spent time behind bars. Teresa has opened up her life to fans as a reality star, not only on the show, but in the media and through her recent memoir. Here’s a look at 10 things you didn’t know about this fabulous housewife:

8. Before the Real Housewives

Teresa Giudice was born in 1972 and was raised in Paterson, New Jersey, to her parents who were both born in Italy. She has one sibling, Joe, who is seven years younger than her and also appears on The Real Housewives of New Jersey. The show has become somewhat of a family matter over the past few seasons as more and more of her family members appear alongside her. Growing up with immigrant parents meant her first language was Italian. “I learned to speak Italian in kindergarten,” she said. “I went to a technical high school, I was a good student. I almost got best-dressed. I came in second. I got along with everyone. I had a lot of friends. I had a great time in high school.” She was also a baton twirler at her Catholic school and played the saxophone. After graduation, she went on to attend post-secondary school in California at Berkeley College and earned a degree in Fashion Marketing and Management. One of her first jobs was working as a buyer at Macy’s in New York City.

She doesn’t have a middle name. In fact, none of her four daughters have middle names either. The reason? In Italy, it’s not customary for individuals to be given a middle name — it’s not part of their culture. In her Bravo blog, Teresa talked about the naming process for her youngest daughter, Audriana, who was born while Teresa was on the show. “She doesn’t have a middle name. None of my daughters do. Neither do Joe or I. I made up the name Audriana I had never heard anyone with the name and I liked Adriana, but I wanted it to have the Italian sounding ‘u’ in it, so I just added a ‘u.’ I like pretty and unusual girl names that end in an ‘a’ of course!”

Teresa married Joe on October 23, 1999, but she first met him when she was only 14-years-old. He had been a close family friend since they were children. Joe was born in Italy, but moved to the U.S. with his parents when he was only 1-year-old. The couple now share four daughters, Gia, Gabriella, Milania and Audriana.

Fans of The Real Housewives of New Jersey will remember back in season 5 when former best friends Jacqueline Laurita and Teresa Giudice’s friendship came to a screeching halt on the show. Things seemed to go from bad to worse in such a short amount of time and viewers never really got the whole story. A former employee who worked on the production revealed that the friendship actually ended because of an endorsement deal, but of course, producers didn’t want their viewers to know that. The relationship started to go downhill by the end of season 3 when “Jacqueline was offered several endorsement deals (including teeth whitener and a real fruit-based alcohol), and Teresa organized deals for herself with similar products which turned off the company wanting to invest in Jax and the Housewives name.” This story was not played out because producers didn’t want to taint the real behind-the-scenes image of either housewives, so the fight was portrayed as Teresa not confiding enough in Jacqueline and wasn’t being a “real friend.” We all known once someone is on Teresa’s bad side…it takes a long time to get back to a good place (ahem…Melissa).

Teresa does a lot of work promoting herself outside of being a Housewife. Not only does she have her memoir, cook books, hair care line or Fabellini company, but she also went on Donald Trump’s show, The Celebrity Apprentice 5. While she was on the show, she managed to raise $70,000 for the NephCure charity, but she was fired by Trump on the 12th episode. This New Jersey housewife has now written five books: “Skinny Italian,” “Fabulicious,” “Fabulicious: Fast and Fit,” “Fabulicious: On The Grill” and most recently her memoir from her time in prison called “Turning the Tables: From Housewife to Inmate and Back Again.” All of her cook books focus on Italian cuisine and many of them have caused controversy over the past few years, especially with some of her co-stars. She reveals information about them in her books which didn’t sit too well with former housewives Kathy and Caroline. Not including her most recent memoir, her cook books have also become huge hits because of all of the bad press she’s received as a result of her and Joe’s legal troubles.

Despite being bankrupt, Teresa earns the most out of all her RHONJ co-stars. She has the highest earning salary which is around $700,000 per season. In fact, her salary seems to be even bigger when compared alongside the woman like Amber, Teresa A, and Nicole, who earn around $60,000 per season. She also rakes in money from her additional deals with Bravo like Teresa Checks In and selling exclusive rights to interviews about her and Joe’s prison sentencing to Bravo. A google search reveals that Teresa’s income is listed in the negatives at $-11 million. This is due to her bankruptcy filing and the cost of her legal matters — paying for lawyers and inability to work. However, there’s been a lot of controversy lately because in Teresa’s homecoming episode she was greeted by her family and a $90,000 Lexus in the driveway. Many people aren’t really sure what to make of this, especially the people who are still owed money by the family. Their finances are once again being called into question!

Teresa Giudice has been a popular reality star since she joined the show, but her fame went to a dark place when she started making headlines for her legal troubles. In 2009, when the show first began, Teresa and Joe filed for bankruptcy; however, in 2010 they withdrew their bankruptcy. Things seemed to be going well for the couple until 2013 when they were hit with a slew of legal charges including conspiracy to commit mail fraud, wire fraud and bank fraud. The federal government claimed these two made false statements about their income for loan applications and bankruptcy fraud in a 39-count indictment. Teresa’s husband Joe was also charged with tax fraud as he failed to file his tax returns from 2004 to 2008. These two became the center of the most publicized scandal of the Real Housewives franchise as they were eventually charged with 41 counts of fraud — all of which they eventually pleaded guilty to. Luckily, the judge allowed Teresa and Joe to serve their sentences separately so there would be a parent home to take care of their four daughters, and so that Teresa could continue with her career as a realty television star. Teresa served 11 months of her 15 month sentence and Joe is currently serving his long 41-month sentence. Unfortunately, many people are still worried that Teresa is not taking accountability for her actions and still does not recognize what she did wrong.

It’s safe to say Teresa had a lot of time to think and plan while serving her prison sentence. In her memoir, “Turning Tables: From Housewife to Inmate and Back Again,” she wrote about her newest ventures which involve teaching yoga. She wrote, “I want to come out with my own yoga DVD tape, my own yoga line. If you put out what you want, sometimes you get it. Never say, ‘I can’t do that,’ because then you’re already bringing yourself down.” While serving her sentence, she used yoga to cope with all of the stress, depression and wasted time. Each morning in prison she participated in daily yoga sessions. “I think I’ve changed…I’ve grown from doing yoga. I’m very zen now,” she said. She’s currently training to become an instructor.