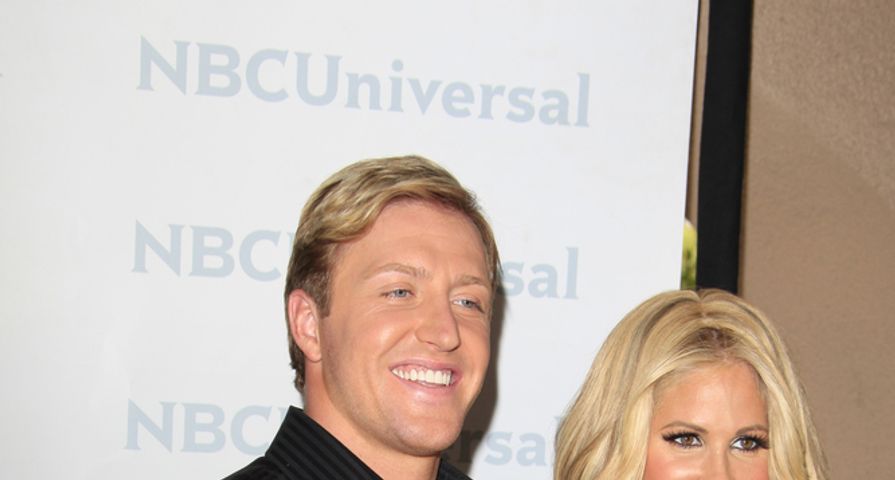 Kim Zolciak and Kroy Biermann were one of those couples that people didn’t expect to last, but here they are, still going strong after seven years together! Even though Kim initially wasn’t keen on the idea of dating a guy who was seven years younger than her – he was 24 when they started dating – he has proven himself to be a loyal and loving husband and a wonderful father to their children. In celebration of their sixth wedding anniversary, here are 8 things you didn’t know about the Kim and Kroy’s relationship:

They met at the charity event, Dancing with Atlanta Stars, in May 2010. He was participating in the competition and she was on The Real Housewives of Atlanta at the time. She was pretty taken with the pro football player when she first saw him. While she was shaking hands with Kroy, she told him, “Can I just be honest with you? I have never, in my whole life, seen an ass like that. We were all sitting at the table, I was like ‘10. 10.’ I just had to tell you. Adorable. You did fantastic as well.”

The reality TV star and the NFL athlete have four children together, Kroy Jr., Kash Kade and twins, Kane and Kaia. They also have her two children, Brielle and Ariana, from two of her previous relationships. In 2013, Kroy adopted Brielle and Ariana and now they share his last name, Biermann. He even tweeted about it: “One of the happiest days of my life was the day that @BrielleZolciak @arianazolciak legally became mine!! I love you girls!!” Lucky for them, Kroy got himself a vasectomy, which means no more kids!

When they were first getting acquainted with each other, the former Real Housewives of Atlanta star was warned not to date the pro athlete because NFL players have a reputation for cheating on their wives and girlfriend, but she was too impressed by him to listen to any of the negativity. “After I met him, he just sent me a text that said, ‘It was really great to meet you. I’ll be in touch.’ Some guys, when you meet them, they try to play it cool for a couple days. But Kroy just sent me that text. And, honestly, people always say you just know when you meet The One. And almost immediately I just knew,” she said.

Kroy’s parents do not approve of his marriage to Kim because she has two children from previous relationships. The tension was so bad that Kroy chose to cut them out of his life, so now they don’t have relationships with their grandchildren. “That’s life. You’re going to have problems with your family, we’re human. We all make mistakes, we all go through problems, but at some point you’ve got to put some more love, put some more work back into that relationship on both sides. But if you never do that, it’s over,” he said. “It’s frustrating that the kids can’t see their grandma and grandpa. Kim’s done enough to try to fix that problem.”

They spent close to $1 million on their lavish wedding in November 2011. Kim wore three different wedding dresses that totaled roughly $92,000 and they had an 11-layered cake that rang in at $14,000. “We spared no expense, you only do this once,” Kim told Life & Style. “This is it for me. It’s very expensive but we’re in a position where we’re able to do that and I’m thankful for that.”

In 2013, Kroy’s ex Elizabeth Stewart told In Touch Magazine that he began his relationship with Kim while he was still dating her back in 2010. She even released text messages that they had sent each other discussing the alleged betrayal. A source close to Kim confirmed that he had started dating her when he was still seeing Elizabeth, but Kim brushed the whole thing off, claiming that he wasn’t serious about Elizabeth and was just playing the field.

In 2014, it was reported that Kim and Kroy – who had taken out a $300,000 loan to renovate their lavish Georgia mansion – were facing eviction because they owed thousands in back taxes. They were served with two tax liens: one from the City of Milton, Georgia, for $1,665.26, and the other from the State of Georgia and Fulton county for $10,572.67. They had 90 days to pay or the home would be seized. The couple obviously ended up paying their back taxes cause they didn’t get evicted.

It’s no secret that the reality star and her husband live a really extravagant lifestyle full of mansions, diamonds, and Louboutins, but they can afford it! Kim is worth a reported $1.5 million and Kroy is worth $5.5 million. Although the linebacker was recently released by the Buffalo Bills, he and his wife still their reality TV show, Don’t Be Tardy, to help them maintain their lavish lifestyle.