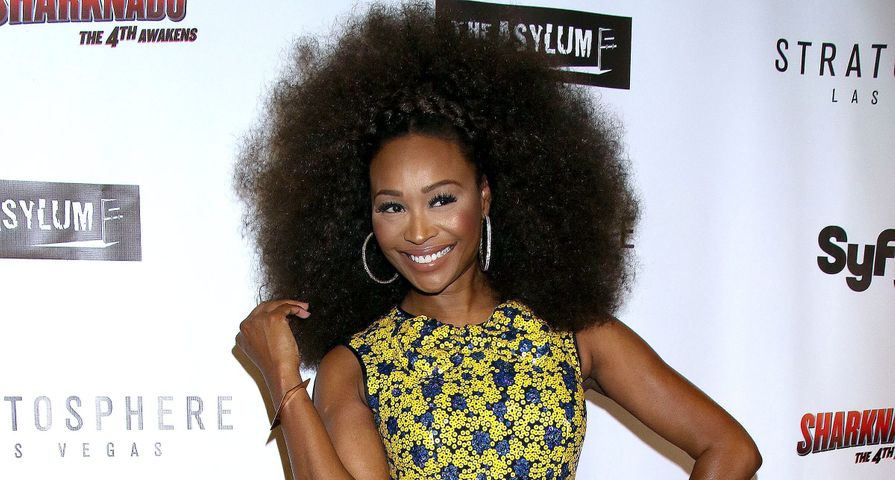 This former model turned reality star has been appearing on The Real Housewives of Atlanta since she joined the show in 2011 for season 3. She’s been a main cast member ever since and is currently making headlines because of her divorce from her long-time beau, Peter Thomas, who she dated for nearly a decade. Despite being a reality star for the past six years and a model in the limelight, there’s lots we don’t know about this business and fashion mogul! Here’s a look at 7 things you probably didn’t know about RHOA star Cynthia Bailey:

Even though she stars on The Real Housewives of Atlanta, she’s actually from Alabama. She moved from Alabama to New York City when she was 20-years-old to pursue a career in modelling. She ended up getting a five-year contract with Wilhelmina modeling agency and had a flourishing career. She was featured on the cover of magazines, moved to Paris and Milan to walk the runway for numerous designers and eventually moved back to New York City to snag campaigns with companies like Maybelline, Oil of Olay and Target. Prior to joining the Real Housewives, she did spreads in Glamour, Vogue, ELLE and Vanity Fair.

The father of her now teenage daughter is actor Leon Robinson. He’s famous for playing Jesus in Madonna’s controversial “Like a Prayer” video. Cynthia Bailey admits that she’s still quite close with Robinson and he’s even been a source of support through her recent divorce. “Leon has always been very supportive of me, and anything that involves my happiness. Not only is he Noelle’s dad, he is my friend. I can always depend on his love and support,” she said in an interview with Bravo.

5. Her Fault in the Divorce

Viewers of RHOA watched Cynthia Bailey and Peter Thomas exchange vows in 2011, but unfortunately the marriage didn’t last long. Together for 9 years and married for 6, their relationship was riddled with rumors of infidelity, but surprisingly, Bailey is the one who’s been admitting her fault in the demise of their relationship. In an interview with Us Weekly, Bailey admits that she’s part of the reason her marriage to Peter Thomas fell apart. She described herself as “not marriage material” because she spent more time focusing on her daughter’s needs and never paid attention to her husband. “Peter never felt like he was my No. 1 priority. He was right. She was. I couldn’t give up Cynthia Bailey to be Cynthia Bailey Thomas. I was in love with Peter, but I’m just not wife material.

4. She’s Been Going on Acting Auditions

When Cynthia came onto RHOA in season 3, she was no stranger to being in front of the camera! Back in the ’80s she starred in a low-budget zombie film and also had a cameo in an episode of The Cosby Show! It seems like she’s taking another shot at being an actress as she’s recently been spotted spending a lot of time in LA. “I definitely love acting. I’m still very interesting in pursuing an acting career, and that has been really, really positive for me. I have an agent. I’ve been out on auditions. I’m very well-received out there,” she said in an interview with The Daily Dish.

Bailey’s already landed her first gig — a small role in Sharknado: The 4th Awakens. “I’m excited about that. It was a small role, but it was very pivotal because I was with the main cast, and my part was to let them know that we were about to get hit by another ‘nado.” From the sounds of it, this role is just the beginning! She told The Daily Dish that she’d love to work with the likes of Jennifer Lawrence, Will Smith and Jennifer Aniston, preferably in a romantic comedy. “I like romantic comedies. I like being funny. I like laughing. I like love. I love love stories, funny love stories. I love movies like [The Hangover series], feel-good movies that are just hilarious,” she said. She’s completely optimistic about the future. “I was never really focused on it before, and I think age has no limit. I think I look great for my age, and now I’m at a point where I really want to focus on it. I definitely think I have a career in acting,” she said.

Cynthia Bailey might be a divorcee now, but she’s actually been quite the hot commodity when it comes to marriage in the past! She’s received several proposals from some pretty rich men. The first was from Def Jam founder Russeell Simmons a long time ago. According to Bailey, the hip hop mogul vehemently pursued her in a way that she describes as “stalking.” “He wasn’t my type, you know. He was still wearing the paisley wool shirts and the jeans and he was sending flowers and every second was like, ‘please, please, please, please,” she said. Eventually she agreed to go to lunch with him and they ended up dating for seven months. After that relationship she had another high profile relationship with New Jersey Nets player, Jayson Williams. He famously proposed to her during a live halftime show at a Nets game, but she turned him down. Then she dated actor and musician, Leon Robinson. “I met Leon at a BET event. And he was just one of those people that I just knew if I ever met him, he was just gonna get it,” she said. The two never got married, but share a daughter together named Noelle.

In the most recent season of RHOA, viewers are watching the heartbreaking divorce of Peter Thomas and Cynthia Bailey. The reality star just turned 50 and what many of us are curious about is whether we’ll see her start dating again! To answer that question she said: “I’m definitely looking forward to finding love at some point. With this being my first marriage and it not really working out I felt kinda like a failure, which is kinda tough for someone like me because I really, really try to win at everything I do. I was really kind of beating myself up…I really don’t know what the future holds for me, but I’m optimistic. I want love again. I want to be in a relationship again,” she said in an interview with People.