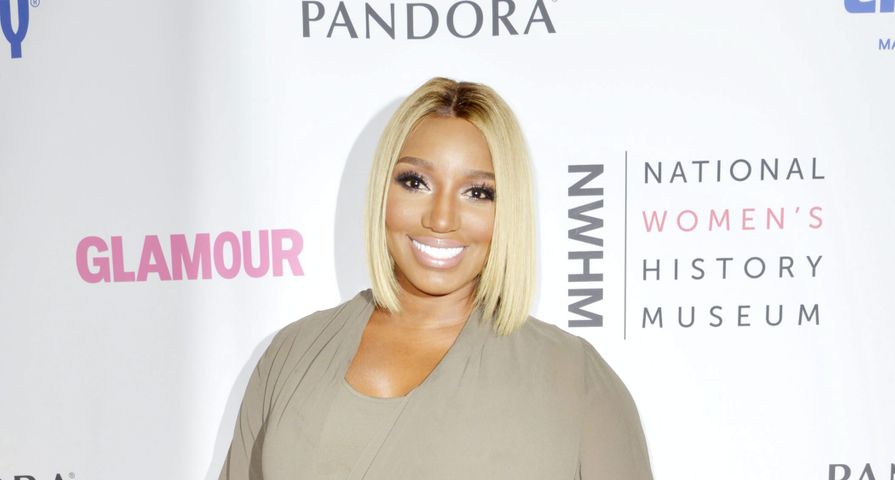 NeNe Leakes is one of the most well known reality stars from Bravo’s popular series known as the Real Housewives because she managed to take her small reality TV stardom and turn it into a full blown celebrity status. She starred on The Real Housewives of Atlanta for nearly 8-years, held a recurring role on Glee and a series regular role on The New Normal. More recently she’s moved onto hosting gigs on Fashion Police and appearing as a regular panelist on To Tell the Truth. This former Housewife is on a fast rise to fame and it doesn’t look like she’s slowing down anytime soon! Since she took her role on RHOA, her life has been an open book, but there are a few things fans don’t know about her! Here’s a look at 10 things you probably didn’t know about NeNe Leakes!

NeNe Leakes was born in Queens, New York on December 13, 1967. She was given the name Linnethia Monique Johnson and was born into a family of five children. Her mother had all her kids at a young age and couldn’t provide for them all, so she sent NeNe and her brother to live with her aunt in Georgia when she was only 4-years-old. The majority of her siblings stayed with her mother in New York. Leakes has said on The Real Housewives of Atlanta that it has always bothered her that her mother gave her up, especially because she never knew why.

NeNe Leakes doesn’t regret much of what she does because, according to her, she’s usually in the right, but she did admit to one thing that she deeply regrets from her time on The Real Housewives of Atlanta. Fans were heartbroken for her when she found out that the man she thought was her father wasn’t her biological father on camera. In season 1 she was told that Curtis was not actually her biological father, so she decided to pursue a paternity test to find out if it was true, which it was. “I still consider him my dad. I don’t think he considers me his daughter anymore, because that guy was my dad’s friend. And he revealed in a clip that he had slept with my mom and that was really hurtful to my dad. My dad never got over that,” she said in an interview with Andy Cohen. “I regret ever going on that search, because that really hurt my dad. To this day, our relationship has never been the same. Once he heard that he never had a relationship with me or my children again.”

Ever since she’s been thrust into the spotlight, many things from Leakes past have come back to haunt her. Her net worth is sitting somewhere around $12 million, but there was a time when she didn’t have two pennies to rub together. Star magazine was the first to break the news back in 2014 that Leakes had been arrested and charged with one misdemeanor and three felony counts of “theft of services” for ripping off a phone company in 1992. At the time she was only 25-years-old. She pleaded guilty to all four counts, was put on two years probation and order to pay $2,650. In the following two years she was arrested three more times for probation violations. News of these arrests were quite controversial because she had only admitted to one shoplifting charge in her 2009 autobiography, Never Make the Same Mistake Twice.

NeNe Leakes quickly realized her past would come back to haunt her, so she’s been quite open about the fact that she used to work as an exotic dancer. She used the name ‘Silk’ and described the job as an “addiction” because at times she could make up to $1,000 a night! “I used the name Holly and then Silk. I thought I made pretty good money. It was a great hustle. If I needed to make $1,000, I got dressed and went to the club. If me and my roommate needed $5,000 by the weekend, I would work all week. What you mentally wanted to make, you could make,” she said. At the time she was in an abusive relationship and just trying to make some money so she could take care of her son. Luckily she didn’t have to do it for long because she ended up meeting her future husband, Gregg Leakes.

Gregg and NeNe have been together for 20 years, and like many other relationships, they’ve had their ups and downs. The couple went through a very public divorce while appearing on the Real Housewives series. They first got married back in 1997, but separated in 2010 and were divorced on September 29, 2011. Their falling out didn’t last long because by January 2013 they were engaged again and remarried on June 2013 in a ceremony that aired on Bravo in the spin-off special, I Dream Of NeNe: The Wedding. It seems their relationship is stronger than ever, and in a recent interview with Bravo, they both divulged the secret to making it last: “We date every week. One day a week every week. No certain day, but once a week we date. It’s temporaneous. Sometimes we just get in the car and we drive we go have a taco. Other times she will plan to go to her favorite restaurant, other times I’ll totally surprise her,” he said.

NeNe Leakes has two sons, Bryson and Brentt. Her first son, Bryson, is from a relationship she had in her 20s with a man whom she describes as emotionally and physically abusive. In an interview with Wetpaint, she opened up about her past: “The first person to really say ‘I love you’ a lot became my abuser. He hit me and then later on he would say ‘I love you’ and I thought that this must be what love is.” She stayed with him for six years. She reached her breaking point when he held her at gunpoint over her spending time with friends. After she called the police, she said she knew things had to change. Leakes also said that Bryson’s father has since acknowledged what he did and they’ve made amends.

Being as outspoken as she is, it’s not all that surprising that NeNe Leakes has made a few enemies on her rise to the top. One of her more public feuds outside of RHOA was with fellow Celebrity Apprentice cast mate, Star Jones. They both appeared on season 11 of the show back in 2011, but Leakes had some choice words when asked about her teammate and even spontaneously quit the show because of her! It was never clear what specifically caused the riff, but when Leakes appeared on the Ellen DeGeneres Show, she said: “I think she had preconceived notions of who she thought I was just from watching me on the Housewives. I think she thought I was going to come in and take over. I tried to get to know her. Some people are difficult to get to know. She’s not the easiest person to get to know. She is a disaster.”

NeNe Leakes is a woman of many talents which is why she’s been able to turn her reality fame into a real success off the show. She’s branched out to acting, writing and even singing! Leakes showed off her singing chops when she appeared in the Broadway show, Chicago, back in 2015. She’s also played a role in the on-stage production Rodgers + Hammerstein’s Cinderella and held a recurring role on Glee from 2012 to 2015 as Roz Washington.

Not too long ago, this reality star was hit with a tax lien of close to a million dollars! According to Forbes, the lien was from 2014 when Leakes was making a lot of money. That was the same years she launched her clothing line, The NeNe Leakes Collection, on the Home Shopping Network. It sold out the next day and she appeared on the competitive dance show, Dancing with the Stars. The documents were filed in a Georgia court and stated that Linnethia Monique Leakes owned $830,000 in back taxes. She never divulged what happened, but in a series of social media posts, she made it clear she was doing just fine financially. She posted a photo on her Instagram shortly after the news broke, holding a Chanel bag with the caption: “Running out the hotel to pay this bill y’all know I ain’t got no jobsssssss let me borrow 20$ #unstoppableNene #oversight #shaneinthebacktripping.” She also sent out the sarcastic tweet: “4 all those that r asking, reporting & concern…Yes I am broke & unemployed. Just another dumb Celeb that doesn’t know how 2 money manage.”

When NeNe Leakes was on Watch What Happens Live this past summer, she confronted all the rumors about why her face seemingly changed overnight and admitted to getting her second nose job. “Yes, I had my nose done again. Yes I did. Yes, because it was a real medical reason why I had to get it done again. My cartilage was growing in my nose and my tip was touching the top of my lip. The tip of my nose was touching my lip when I smiled. But I didn’t get a full rhinoplasty the first time. When I did the first time, I only had my nostrils taken in on the sides, the very first time. This time I had more of cartilage moved around in my nose,” she said. She also made it very clear that she didn’t have to explain herself. “I got my nose done first of all because I can and I will, and I’d get it done again if I want to, OK!”