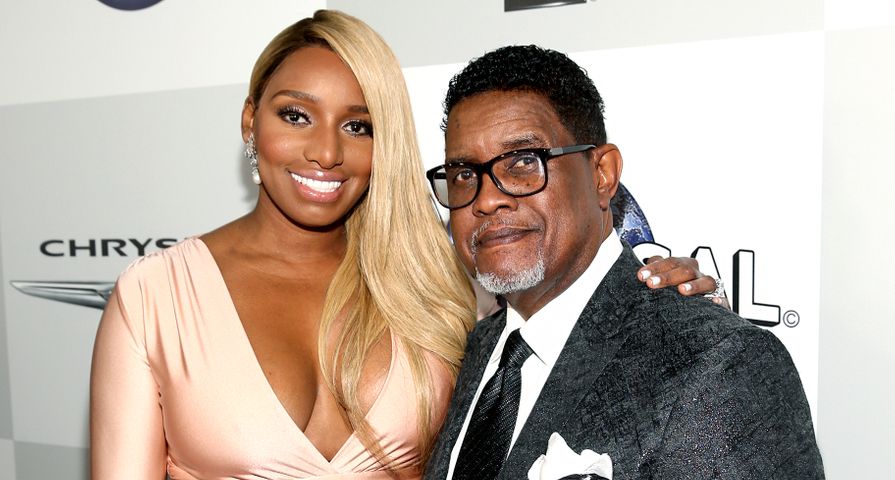 Fans of The Real Housewives of Atlanta have watched former star NeNe Leakes go through many ups and downs with her husband, Gregg. The two separated in 2010 and divorced in 2011 after 15 years of marriage only to get back together and remarry in 2013! They’ve now been together for more than 20 years and are still going strong! Even though these two have shared a lot with fans already, there are still a few things we don’t know about the reality couple! Here are 8 things you probably didn’t know about NeNe and Gregg Leakes’ relationship!

NeNe and Gregg first got married in 1997 after meeting in 1996. They have one child, a son named Brentt. The two shared a successful marriage for a long time, but things started going downhill in season 3 and 4 of RHOA. There are many reasons why their relationship began to crumble — firstly, Gregg has five children from a previous relationship and NeNe has publicly stated her relationship with them is strained and Gregg was suffering through serious financial issues. The final straw was when Gregg spoke badly about his relationship with NeNe on the radio, but later claimed he didn’t realize the conversation he was having with a friend on the phone was being recorded. After they divorced, Gregg claimed he invested $300,000 in NeNe’s career and that “fame got to her head.”

7. Why NeNe Leakes Agreed to a Second Chance at Marriage

In an interview with Pose magazine, NeNe addressed the burning question of why she chose to get married to Gregg again, and revealed that she believed their relationship needed that break. “I have been with Gregg for 18 years now, since 1996. We broke up for a year and a half and I always say that was a great year and a half for us. We needed that breakup. When we met that day in 1996, we’ve been together every day since. We needed to break up. I needed to see what else was going on. He needed to see what else was going on. I think we both learned a lot and I’m happy we found our way back to each other,” said NeNe.

Gregg and NeNe Leakes went on Watch What Happens Live in January 2013 to announce their engagement. During this appearance, Gregg told the story of how he proposed to NeNe for the second time. “The stars and the moon in comparison could not match the sparkle that was in her eye. Her lips at that time were so luscious to me, her smile was invigorating, and at 12:01 — I had already planned it — I seized the opportunity and I proposed the question, ‘Will you marry me, again?” he said. “She said, ‘yes’ and nothing else mattered.”

Despite their brief separation, it’s quite impressive that NeNe and Gregg have managed to maintain a relationship for the past two decades. That’s a pretty incredible feat for any couple, especially one in the limelight! When asked what the secret was to their success, Gregg Leakes said it involves a lot of respect for one another and allowing the other person to be themselves in the relationship. “Respect, communication, love, and we will never stop trying. I respect her, that’s first. And I let her be her. That’s it.”

It’s clear Gregg and NeNe had a lot of issues in their first marriage, but through counseling sessions they seemed to have worked through them and Gregg has admitted to a great deal of fault. In an interview with XO Necole, he said: “In our relationship, in our first marriage, we did not have to divorce. It’s 100 percent my fault. I did not listen to my wife. I did not follow the guidelines – the parameters – that she was setting for me. Which were broad and spacious. It wasn’t that she wanted me to go down a cramp road, I just didn’t listen! I was a typical man…I had a whole lot of mouth [but] my ears were blocked. But my heart never stopped functioning. I know I loved my wife.” He then added: “When your wife or your mate or your significant other asks you something, you have to be true. No matter what it is, you have to be true. I learned that the hard way because I tried to remember a lot of ‘un-truths’ and I can’t. You can’t get them in order.”

Every relationship takes work and according to Gregg, he and NeNe are no exception! In order to maintain the romance in their relationship, they make sure to schedule in a “date night” each week. “We date every week. One day a week every week. No certain day, but once a week we date. Sometimes we just get in the car and we drive we go have a taco. Other times she will plan to go to her favorite restaurant, other times I’ll totally surprise her. Sometimes I’ll bring in a chef. And when I really want to be on my wild side I cook,” said Gregg in an interview with Bravo.

2. Supportive of One Another

Bravo interviewed Gregg while he was in New York City in 2016 with NeNe Leakes for New York Fashion Week and admitted he had no problem being her sidekick. He doesn’t get jealous of the attention she gets or that she might hog the spotlight at times. He’s just there to support her. “Well she’s busy so I support her. I pump her up. I keep her going. I rub her feet. I whisper sweet nothings in her ear. And I do whatever it takes to keep her going, keep mama happy. Mama happy, daddy happy,” said Gregg.

Their second walk down the aisle was captured on the spin-off, I Dream of NeNe: The Wedding, and this time it seemed like NeNe wasn’t going to make the same mistakes twice. One of her conditions was that Gregg sign a prenuptial agreement. “But I felt like I had already been down this road with Gregg before, I know how he fights in court. I’ve already been there with him before. I feel like people think that prenups are a bad thing, they really aren’t…It’s like I would rather us agree on everything now before we get mad. I just felt like it was a contract, [an] agreement. It’s not romantic, it’s not sexy, but we need it.” she said. She admitted Gregg was extremely reluctant to sign, but eventually he complied.