Home » Entertainment » Celebrities » Things You Might Not Know About Andy Cohen 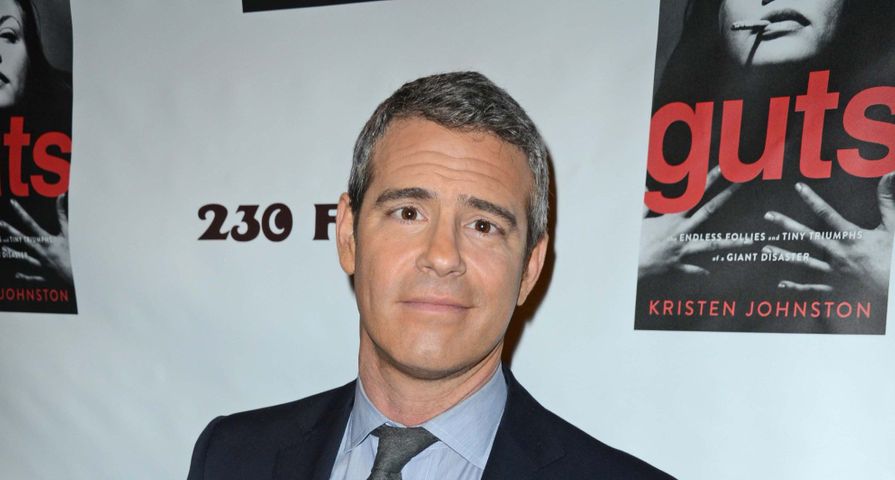 Andy Cohen is an Emmy Award-winning host, producer and author, who is best known for being the host of Watch What Happens Live with Andy Cohen and for helping to create the Real Housewives franchise. While most of us are familiar with him now, he wasn’t always this famous – but he wanted to be! Even though the Bravo host is an open book, there are still things that people don’t know about him – like these 9 fun facts:

10. Wanting To Be Famous

Since he was a kid, the television personality wanted to be on television, but he didn’t want to play characters – he wanted to be famous for being himself, but these types of opportunities didn’t exist yet. “I liked the idea of being myself in front of the camera. So, just me being me. I used to think if I could work on a morning show then I could be me,” he told The New York Times.

Andrew Joseph Cohen was born on June 2, 1968 in St. Louis, Missouri, to Evelyn and Lou Cohen. He has one older sister, Emily. Growing up, he was obsessed with TV. One of his hobbies growing up was watching All My Children, a passion his mother also shared. Other shows that he was obsessed with included Battle of the Network Stars and CHiPs.

The talk show host has a Bachelor of Arts in broadcast journalism from Boston University. After college, he began working at CBS, first as an intern and then as a producer. He spent 10 years with CBS News. He worked as a senior producer for The Early Show and as a producer for 48 Hours and CBS This Morning. He then spent four years at the short-lived Barry Diller cable network Trio as the vice president of original programming.

The Bravo host came out at the age of 22. “I went abroad to London and that’s when I came out. I started to say to people, ‘I’m gay,’ and they were strangers … it was very freeing. When I came back to St. Louis over break I told my parents,” he told CNN. In a different interview with Michael Ian Black on How to Be Amazing, Cohen said that his mother always suspected that he was gay. “My mom knew. She said there were a few times I was in the musical Carousel in high school and I came out in a tank top and she said, ‘When you came out mincing in Carousel I knew. And then she found I believe the periodical was called Honcho, which was a porn magazine under my bed in ninth grade. So, yeah, that would be a clue.”

Cohen began his career back in 1989 as an intern at CBS News for Erin Moriarty. While he really enjoyed working behind the camera, he was itching to be in front of it. When he asked one of CBS’ executive producers about going on air, the producer told Cohen that his “wandering eye” might prevent him from ever having an on-air career, so for 20 years Cohen pursued a career behind the scenes.

In 2004, he started working at Bravo when the network purchased Trio. He began writing behind the scenes gossip for Battle of the Network Reality Stars and worked as a behind the scenes executive. He found himself in front of the camera in 2007 when he was asked to be the host for the Real Housewives of Orange County’s reunion.

According to the television star, he once hooked up with ‘N Sync’s Lance Bass back in 2012; however, Bass remembers it differently. “Sex is a broad term…like ‘Andy banged Lance’ – when did he ever say that? This is an old story. Three years ago we told everyone we hooked up…Now it’s getting into who did who? I can just tell you right now, there was no Andy D going in my B,” he said on his SiriusXM radio show Dirty Pop. “It just happened that Andy was with me on this vacation,” he recalled. “It was so nice and romantic and it was just a nice time. It was one of those things where I needed someone to hold onto.” This wasn’t the first time that the two were more than platonic. In 2007, they shared a drunken kiss while on a sailing trip with friends on Valentine’s Day.

Cohen has always loved to talk. When he was in grade three, his teacher made him write “screaming causes cancer” 50 times and tape the paper to his desk to try to combat his chattiness, but it was no use. The habit was ingrained in him from birth. As a kid he would follow his family’s cleaning lady around the house, talking her ear off and in high school, he was kicked off the water polo team for talking during the coach’s pep talk. Unsurprisingly, his high school named him most talkative.

When he was working for CBS This Morning, the Watch What Happens Live star booked Oprah Winfrey for an interview, and asked her to take part in an interview for a week long series he was doing featuring talk show hosts of the time. While she said yes to the first interview, she said no to the second. In spite of this, Cohen asked production to keep filming and asked the interviewer, Paula Zahn, who was unaware that Oprah had said no to the second interview, to segue into it anyway. When Oprah found out what happened, she called him from her car phone, and although she wasn’t pleased about the second interview, she let it be aired.

Before Cohen got his job at Bravo, he interviewed for a job with Logo. They were looking for someone to be the head of programming, but unfortunately for Cohen, he didn’t get the job. “I wanted to go work at Logo which was the gay channel that Viacom was starting. And I interviewed for the job. I thought, ‘There’s no one gayer than me, so how can they not give this job to me?’ And anyway, I didn’t get the job as head of programming at that gay channel, which I couldn’t get over at the time. And I kind of still can’t, but you know had I gotten that job, I wouldn’t be Bravo Andy and I may not be amazing,” he told Michael Ian Black on his podcast, How to Be Amazing.