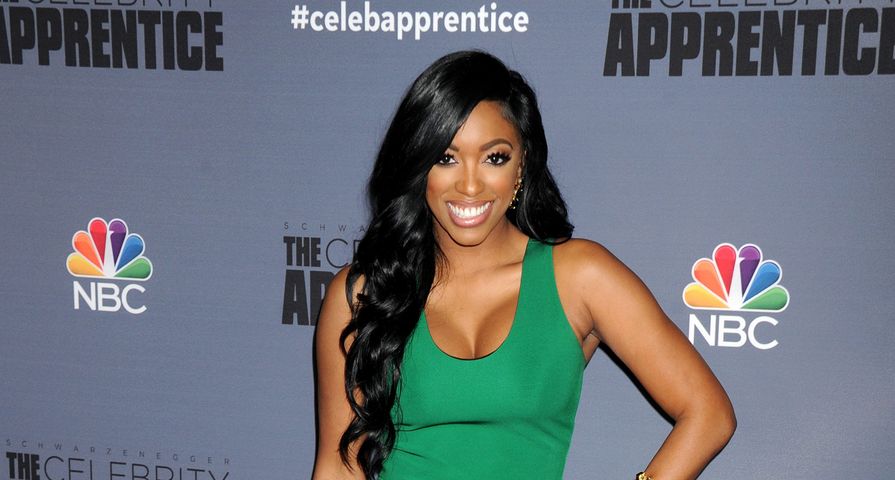 Porsha Williams has been appearing on Bravo’s reality series, The Real Housewives of Atlanta, since 2012. This Georgian peach is a bit of a jack of all trades — she’s credited as a singer, model, actress, television personality and entrepreneur. She works as a news correspondent on The Ricky Smiley Show, a co-host on Dish Nation and recently launched her own line of hair products. She’s also gearing up to appear on the newest season of The New Celebrity Apprentice in 2017. Williams is extremely open with her life, especially since she’s on one of the most popular reality shows, but there’s still a lot we don’t know about her! Here’s a look at 8 things you might know have known about RHOA star Porsha Williams:

She was born in Atlanta, Georgia, on June 22, 1981. She grew up with her one sibling, a younger sister named Lauren. Her parents were both self employed entrepreneurs. She attended Southwest Dekalb High School in Decatur, Georgia. After graduating high school, she studied business information technology at the American InterContinental University in Schaumburg, Illinois.

Porsha Williams family has strong roots and a rich history when it comes to the civil rights movement in America. Her late grandfather, Hosea Williams was a famous civil rights activist. He worked side by side with other famous activists like Martin Luther King Jr. as a leader in the Southern Christian Leadership Conference.

Williams caught a lot of heat after the ladies visited a landmark church used for the Underground Railroad and Williams implied she thought it was an actual railroad: “Well, there has to be an opening for a railroad at some point. Because somebody’s driving the train. It’s not electric like what we have now.” When confronted about the mistake on Watch What Happens Live with Andy Cohen, Williams played it off as a “brain lapse.” She said: “I have Porsha moments that you’ve seen on the show before. For me seeing that I knew that I had to go back and brush up on my history so I’m representing my legacy well.” What makes the whole incident worse is the fact that Williams grandfather was a civil rights leader.

Prior to becoming a Housewife on The Real Housewives of Atlanta, Porsha Williams tried to become a model by appearing on-screen in several music videos. “[That was] what you did in Atlanta when you wanted to become a model, and you were young and beautiful,” said Williams. She was in the video for the single “Some Cut” by the rap group, Trillville. She was also once featured in a calendar shoot.

She started dating NFL player, Kordell Stewart, while she was working at the Lucky Lounge in Atlanta, Georgia. They got married in May 2011 in a televised ceremony on the show Platinum Weddings, but after only two years of marriage, Stewart filed for divorce behind Williams’ back. She was completely blindsided and told Cohen during a reunion special that she learned about their separation through Twitter! Their divorce was pretty messy and played out in the media, but thankfully the two eventually settled in December 2013. Unfortunately for Williams, she walked away with nothing! According to her, taking nothing was her decision because she wanted to wrap the divorce up quickly.

When she was only 24-years-old, she opened a daycare facility. When asked about the bold move, she credited her parents for pushing herself toward a successful career. “It just was in my blood to want to own something for myself,” she said. During an interview with Steve Harvey, her then ex-husband, Kordell Stewart implied she had lost the business when they first got married.

She was arrested on December 29, 2014 for speeding with a suspended license, but was released the same day. There was also a more serious incident which took place on camera during a filmed reunion special for The Real Housewives of Atlanta. Porsha Williams and Kenya Moore were arguing when Williams grabbed Moore by the hair and pulled her to the ground. Moore was unharmed, but she called the police and Williams was arrested for a misdemeanor battery charge. She was booked and released on bail, but Moore eventually dropped the charges altogether.

Wendy Williams has a long list of celebrities she’s bashed in the past and Porsha Williams is just one of many. However, these two have been going back and forth with their insults since 2014 when the talk show host called the Atlanta housewife “less than smart,” a “dumbbell” and stupid for not having a baby with Stewart before divorcing him. Porsha fired back on the Ryan Cameron Morning Show with Wanda Smith and called Wendy “less than a woman” for knocking other women of color down and not supporting each other. Wendy has since said she refuses to watch RHOA because it “lowers her IQ.”