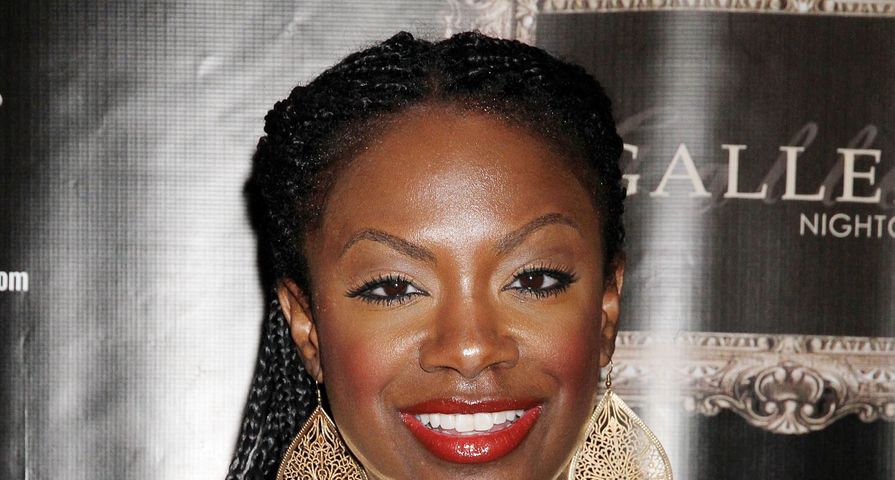 Kandi Burruss was famous many years before she landed her role on The Real Housewives of Atlanta, but it’s this role that really landed her on the pop culture map. Since the show is such a hit and she’s only become more and more popular since she joined the cast, here are 9 things you didn’t know about the multi-talented reality TV star:

Back in the ‘90s, Kandi belonged to the all girls group, Xscape, which included sisters LaTocha and Tamika Scott, Tameka “Tiny” Cottle, Tamera Coggins (who left the group after their debut album was released), and of course, Kandi. The group was quite successful. They had three consecutive Platinum albums along with 6 top 10 hit songs on the Billboard Hot 100, including “Just Kickin’ It,” “Who Can I Run To,” “The Arms of the One Who Loves You,” and “My Little Secret.” According to Kandi, she didn’t get along with all of the members of the group. She and LaTocha Scott always bumped heads and at one point it came to blows. “Everything she said had nothing to do with business. She was just going in on me personally or whatever saying crazy stuff about me,” Kandi said. “Next thing I know she started my way and we went for blows.”

The reality TV star had one brother, Patrick Riley, who died back in 1991 in a car crash. He was only 22 years old at the time. According to Kandi’s mom, one of his cousins had talked Patrick into going to Mexico to meet his adoptive family and they had a head-on collision. Kandi was 15 at the time.

During her first season of The Real Housewives of Atlanta, she was engaged to Ashley “A.J.” Jewell. They began dating in 2008 and became engaged in January 2009, but broke up in August 2009. Three months after their breakup, he died as a result of an injury he sustained during a brawl in the parking lot of a strip club in Atlanta. She and A.J. had a lot of history, dating all the way back to her Xscape days. She was into him then, but he was dating another member of her group, Tameka “Tiny” Cottle.

Source: Straight From The A

Kandi Leniece Burruss was born on May 17, 1976 in College, Park, Georgia, to Titus Burruss Jr., a reverend, and Joyce Jones, a telecommunications professional. Her parents divorced when she was four years old, and according to her mother, the relationship ended because he cheated, but he has denied those claims. After the divorce, Kandi didn’t have much of a relationship with her dad and was raised by her mother.

When she was first touring with Xscape, she was still a high school student, so she had to do homework when she was on the road. “I was still in high school at the time,” she said. “I was determined that I was gonna finish school and graduate with my class. So while we were on the road, the rest of the girls was able to kick it, chill, have fun after the shows. But I had to do work.”

Burruss began dating Todd Tucker back in 2011 after they met on the set of The Real Housewives of Atlanta – he was one of the show’s line producers. In 2013, he proposed and in 2014 they were married. In 2015, after struggling to get pregnant, they announced that they were with child and on January 6 they welcomed their son, Ace Wells Tucker, into the world. Kandi has one other child, daughter Riley, from her relationship with Russell “Block” Spencer, but she’s a 14 years older than young Ace!

The singer-songwriter has her own sex toy company called Bedroom Kandi. She got the idea after doing some research and found that one of the richest women in Europe has her own line of intimate products, so she teamed with Suki Dunham, founder of OhMiBod, and created her own line. One of the reasons that she teamed with Dunham is because her company knows how to pair vibrators with music! Her products are designed to look like makeup containers. “Make Me Over,” a vibrator, is designed as a compact, while “Kandi Kisses,” a petite massager, is made in the shape of a lipstick.

The Real Housewives of Atlanta star hooked up with Jermaine Dupri back in the ‘90s. Dupri is a famous hip-hop record producer who discovered the girl group, Xscape, that she was part of. According to her, the hookup was totally casual and only happened a couple of times. One of the reasons she did it was because she was curious about how he was in the bedroom.