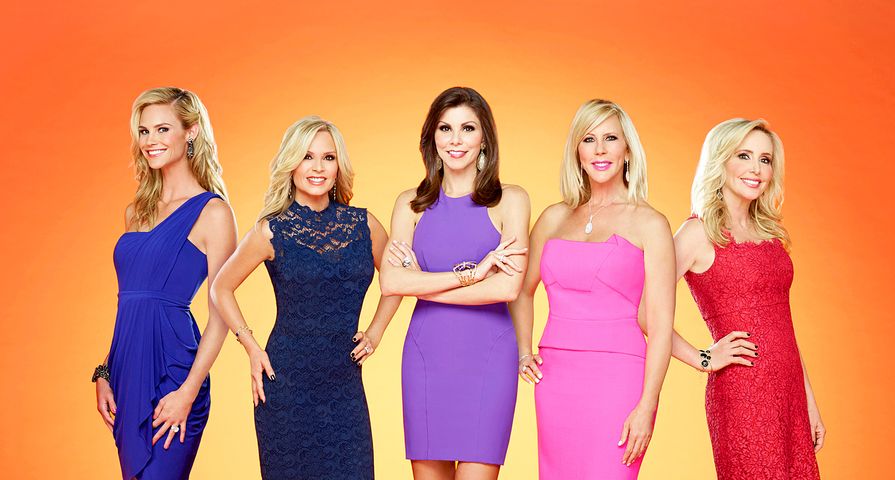 Bravo’s reality show The Real Housewives of Orange County has grown so much in popularity within the past decade, it has spawned a number of spin offs based in New York City, Atlanta, Dallas, Potomac, New Jersey, Washington D.C., Miami, Vancouver and Beverly Hills. As the original show that started it all back in 2006, RHOC has gone through a lot of changes over the past 11 years. The show is much different than what it was in the first season! Here’s a look back at 8 behind-the-scenes secrets of The Real Housewives of Orange County:

The Real Housewives of Orange County was almost called Behind the Gates and it was supposed to follow more of a documentary format. The angle of the show was supposed to portray the lives of families who live in the gated community of Coto de Gaza, Orange County. It’s evident while watching the first season of RHOC that the show has really changed it’s focus within the past few years. The tag lines for the women used to be clips from filming and the credits opened up with the following statement, “7 million families live in gated communities.” It very much had a documentary feel to it. The show also really focused more on the women’s family life whereas now the show revolves around the women’s relationships with one another because that creates more drama.

7. Getting on the Show

Slade Smiley paid $2,500 at an auction to be a part of an unnamed reality show. This is how Jo de la Rosa ended up on the show as one of the original housewives. At the time she wasn’t married or technically a “housewife.” She was only 23-years-old, a recent college graduate who was engaged to Slade Smiley. When asked about why she did it, she said: “I did it for love. I kind of [wanted] to look at it as an amazing experience we could do together as a couple, having no idea what it would become.” In hindsight, she was way too young to take on such a life-changing experience. “I didn’t even know who I was at 23. I was literally growing up in front of America,” she said. Jo received a lot of criticism about her portrayal on the show and it was extremely hard on her, but it was merely a matter of being too young. “If I’m honest with myself, absolutely, 100% [the critics] were right. One: I wasn’t ready for marriage, and two: Slade didn’t deserve that. They’re right. But I was being 23, and I was finding myself.”

Jeanna Keough provided the inspiration behind starting the show. Back in the day, the former housewife, realtor, Playboy Playmate, model, and actress was living with her then-retired MLB husband, Matt Keough and their kids. The family had a revolving door of house guests living in their home at all times, and even after her and Matt got divorced they lived together! A neighbor who happened to be a close friend of series creator Scott Dunlop said, “You’re like Ozzy Osbourne without the drugs. I’m going to write a TV show about you guys.” Thus, The Real Housewives of Orange County was born.

5. People Were Against the Show

One of the key ingredients of the show that peaks the interest of viewers is the fact that cameras go behind the gates of prestigious communities, but the community wasn’t so happy about the cameras and invasion of their privacy! Jeanna Keough said, “The homeowners association had big meetings at the club trying to decide if there was any way they could stop us from filming. They tried to see if they could fight it, and the lawyers would say, ‘No, look, it’s not even a big production.’ Back then we had karaoke boxes and a little handheld movie camera; now it’s a full-on four-camera shoot.”

4. How Vicki Ended up on the Show

Vicki Gunvalson became involved after her son Michael Wolfsmith responded to an article in the newspaper written by Dunlop. He answered the ad because he wanted to be apart of the show with his friends. Gunvalson said the show was “going to be about college kids living this privileged life and living behind the gates,” but Michael was surprised when the producers were actually more interested in his mom and her squad rather than him and his friends! As the original show that sparked an entire franchise, it sounds like their were a few different stages of brainstorming prior to production!

3. Drama Behind the Scenes

The show was originally created by Scott Dunlop, Patrick Moses and Kevin Kaufman. These men were responsible for creating the idea for the “Behind the Gates” show now known as The Real Housewives of Orange County. However, since the show took off they’ve all been at odds with one another. In November 2014, former producers Kaufman and Moses sued Scott Dunlop for $5 million because of an unequal split of their earnings. Reportedly, Dunlop and Bravo made a deal that cut Moses and Kaufman out of the picture before the second season of RHOC went into production. According to TMZ, the two former producers were offered a few thousands dollars to “release their interests” in 2009. That was a minuscule price to what the show is worth now, especially since it has turned into an entire franchise!

Another huge inspiration behind The Real Housewives of Orange County was the popularity of the primetime drama, Desperate Housewives. At the time, Desperate Housewives was one of the highest rated shows on television and followed the fictional lives of characters who lived on Wisteria Lane. This is one of those instances where art inspires reality! Vicky, Jeanna, Jo, Lauri and Kimberly reminded the executive producers of the various women on the show. In an interview with Hollywood Reporter Gretchen even thanks Desperate Housewives for inspiring the reality show that brought her fame!

Like many other reality shows, RHOC isn’t entirely real. Creating a show, whether it is reality or not, requires a lengthy editing process in order to create a storyline from beginning to end and the women must organize plans in advance to make sure the cameras are there and to get approval to film on various locations. Usually it’s the women on the show who come to the defense of Bravo when claims are made that the show is fake, but this time Tamra was the one blowing the horn. Remember a few seasons ago when her and Lizzie didn’t get along and things were made worse when Tamra didn’t show up to her birthday party at the last minute? Tamra claims that was all staged in order to create drama. She wrote them in her blog for the Bravo site (each woman maintains one weekly while the season is one air), but the network refused to publish this particular part of her entry: “Here are a few facts that I am sure Bravo will take out of my blog. They waited until we were up in the limo to let Lizzie know [I was skipping her party]. They had her call me and say, ‘How rude that you didn’t call me.” She had to stay home because her daughter got sick, but the producers made the whole thing out to be bigger than it was. Eddie has also claimed that the storyline about Tamra wanting another baby was fabricated as well and simply staged for the show. She never wanted to have another child.