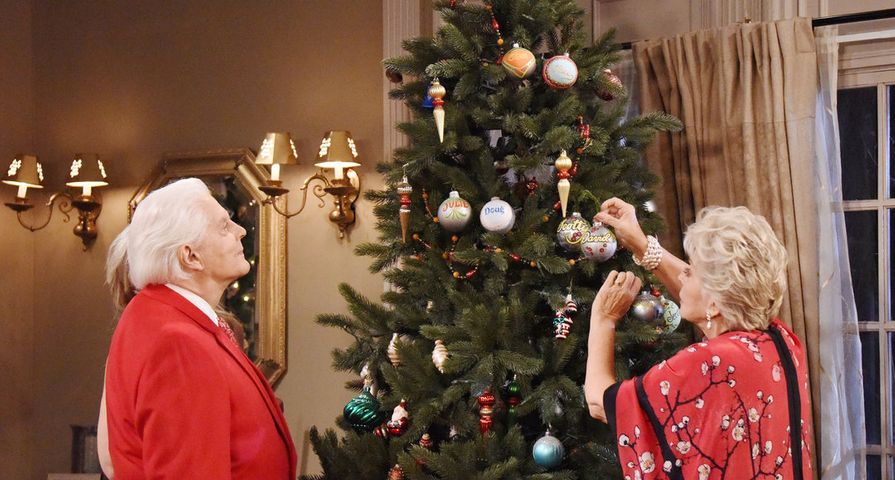 Debuting in November 1965, Days of Our Lives (DOOL) is one of the most popular daytime dramas of all time and the longest-running soap opera that has been broadcasted on NBC. DOOL fans tune in faithfully each day to see the trials and tribulations of their favorite Salemites, as they struggle with love, adventure, and drama. Think you are a devoted fan of the show? Below are 10 facts that every DOOL fan should know.

Days of Our Lives centers around the little town of Salem, and for years fans have struggled to figure out its exact whereabouts. In the past, DOOL characters have referenced Chicago as being located close by and have dialed a 312-area code, pointing to the idea that the town is located in the state of Illinois. In addition to that, some characters are Bears and Cubs fans which further indicates the location of Salem’s state. Interestingly enough, the Today show would confirm that Salem was in fact in Illinois in the fall of 2015. Longtime fans will also note that the town was established in 1802, as DOOL took the opportunity to celebrate Salem’s birthday (200 years young) in 2002.

9. How Patch And Kayla Hooked Up

After three decades, Steve and Kayla continue to be one of soap opera’s most popular super couples. DOOL fans adore them and have watched the two go through their romantic ups and downs. Fans may remember their first wedding, or the love triangle the couple endured with Steve’s brother Jack Deveraux, but does anyone recall how these two hooked up in the first place? Steve entered the land of Salem in 1985 to seek revenge against former best friend Bo, who was the reason that he wore an eye patch in the first place (thanks to a fight they had where Bo gouged his eye out). Steve would rescue Kayla from a street gang one night, and the rest was history. The two would fall in love and create a soap opera super couple legacy.

Most DOOL fans can feel the excitement rising whenever the show’s intro starts with the iconic hourglass twirling and the voice that pops up saying, “Like sands through the hourglass, so are the days of lives.” However, the man relaying this legendary statement is more than just a voice-over actor, he’s a legend himself. Actor MacDonald Carey is the actor behind this iconic voice. Carey started on the show in 1965 and remained a staple on the soap until his death in 1994.

Marlena Evans landed in Salem in 1976 and has had some pretty crazy storylines over the years. She was a key player in the Melaswen Island debacle and who could ever forget that time she was possessed by the Devil. One incredible and ground-breaking storyline she was involved in occurred in the late ‘70s. Evans and then-husband Don would bring home a premature baby who weighed less than three pounds. After three months, the infant passed away from Sudden Infant Death Syndrome (SIDS), which marked the first time a soap opera dived into a story of this nature.

What? Say it ain’t so! Truth is an actress known as Mary Jackson played Alice Horton for DOOL’s unaired pilot (some people might recognize Jackson for her role in The Waltons playing Emily Baldwin). Reid would take on the role when Days was finally broadcasted and remained the beloved Alice Horton until Frances passed away in 2010.

When Stefano DiMera arrived in the land of Salem, he clearly had a problem with the Brady family. Moving forward, DiMera would do some terrible things to them, including faking the deaths of a number family members, keeping couples apart as such, and causing overall evil chaos. He clearly had a vendetta against the Bradys, but no one knew why until 2008. Almost a decade ago, it was revealed that DiMera’s dad Santo had fathered a child with Colleen Brady during an affair they had. Stefano was so enraged when he found out his dad cheated on his mom that he launched his hate-on against the Bradys in the 1980s and the rest is history.

4. John And His Many Mistaken Identities

In 2008 it was revealed that Santos and Colleen’s child named Ryan was actually Salem’s John Black. It would later be found that Ryan was not John and that the child died many years earlier. Does anyone really know who John Black is? In fact, since the actor Drake Hogestyn entered the land of DOOL, his role has transitioned many times. Hogestyn has hit a milestone on the show as a single actor that has played the most characters on one soap opera – or any television show for that matter – in history. Hogestyn started off as The Pawn, then was thought to be Roman Brady, John Stevens, Forrest Alamain, Father John, Ryan DiMera, and of course, John Black. 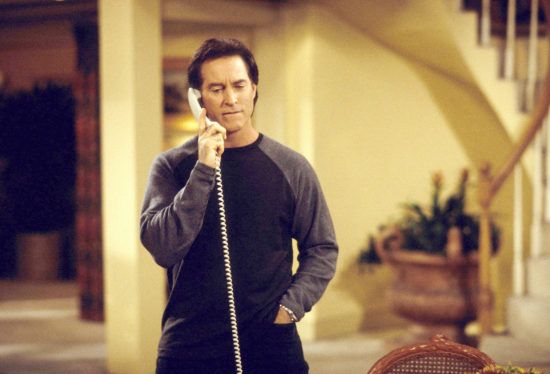 It truly is the most wonderful time of the year once Christmas hits Salem. One of many holiday traditions in the little town is the reading of a Christmas Story within the town’s hospital to the sick kiddos that reside there during that time. One unknown fun fact is that the children in each scene over the years are played by the real-life kids of DOOL’s cast and crew. Since 1983, different characters have read the story from Nick Corelli to Jack Deveraux, Mike Horton, Jennifer Horton, and Steve Johnson. The story has been most-read by Tom and Alice Horton over the years. It’s important to note, it has only not been read in 1984, 1995, and 2001.

2. Julie And Hope Are Sisters

Soap opera’s first super couple, Doug and Julie Williams, have become a staple on DOOL and are always there whenever daughter Hope needs a hand. However, in an interesting twist of events, while Doug is Hope’s biological father, Julie is actually Hope’s half-sister. Hope and Julie’s mom Addie died in 1974 and as Julie was much older than Hope, she would move on to falling in love with Doug in the mid-70s, marrying him in 1976. So Julie is not only her sister but her step-mom too! Cool and gross all at the same time! 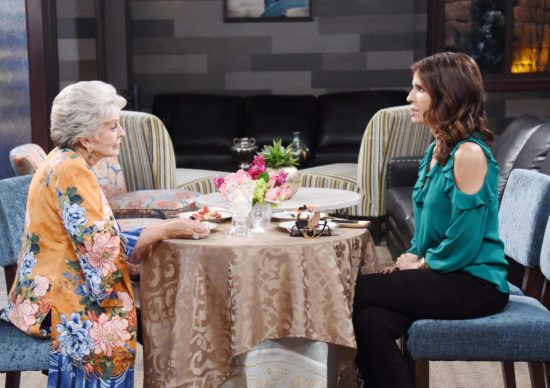 DOOL fans love the holidays as it means viewers get to see the long-standing tradition of the Horton Clan decorating their tree with customized ornaments for each member (and adopted member) of the family. It started in 1966 when it was said that Tom Horton’s mom made the ornaments for the original seven members of the family (Tom, Alice, Bill, Mickey, Marie, Tommy, and Addie). Those seven were seen on the Horton’s Christmas tree from then on until 1970. Still, it was in 1970 where the ceremony of hanging all the ornaments on the tree was aired. Alice began making the ornaments for the rest of the family from that time on. While there is not much information out there when it comes to the years of 1972 to 1982, since 1983 the ornament hanging event has been an annual thing. In fact, 79 DOOL characters have participated in the occasion with Horton family members, spouses, adoptive members, and close friends who all have customized ornaments and have helped to trim the tree. 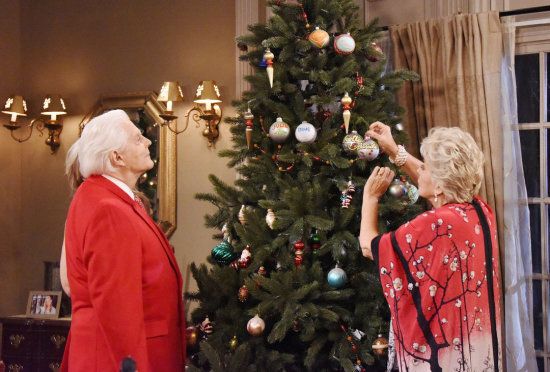