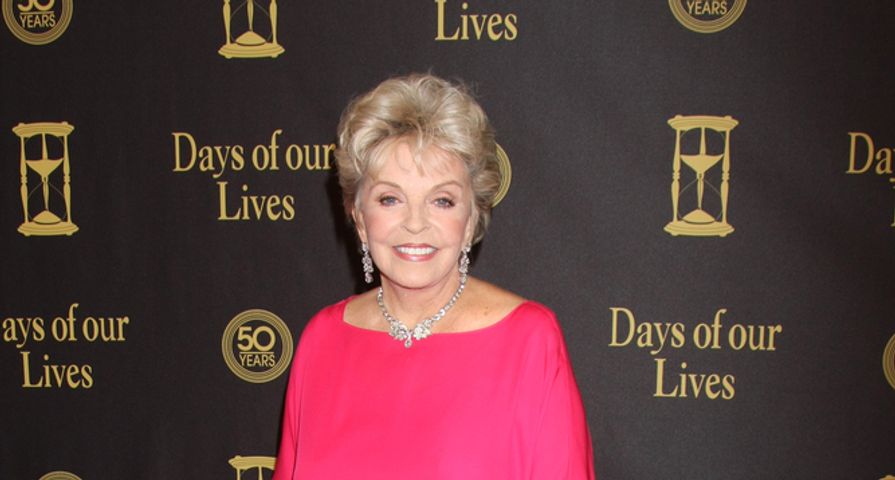 The actresses on Days of Our Lives play important roles on the show — they are the mothers, grandmothers, sisters, BFFs, wives, and provide scandal as the mistresses of the daytime world. What would Days of Our Lives (DOOL) be without the lovely ladies that have graced Salem over the years? There would be no romance, trouble-making or drama, that’s for sure! There have been some amazing actresses on the set of DOOL over the past (almost) 51 years since the show has begun airing and we’ve decided to honor these ladies with a list of the 10 best DOOL actresses in the history of Days of Our Lives!

For over three decades now, Melissa Reeves has wowed DOOL fans with her portrayal of Jennifer Deveraux. Playing a good girl with a heart of gold, Jenn may be best known as one half of the J&J super couple (with Jack) and her never-die attitude when it comes to good deeds and doing what’s right. Jenn has struggled with addiction as of late and fans have watched her grieve over the devastating loss of her daughter Abigail (even though we all that Abigail is not dead). As a staple of DOOL over the recent years, Reeves has been acknowledged with a well deserved Daytime Emmy nomination in 1992 in the Younger Actress category.

Anyone else miss Carrie Brady? For the longest time it seemed that the good Brady sister Carrie was simply a punching bag to little sister Sami. Carrie was smart, kind, beautiful and always had the leading men lining up at her door. More importantly, she always had the eye of Austin Reed. In fact, no matter what Sami pulled and how much she tried to break them apart, Austin always seemed to go running back to Carrie. Christie entered the role of Carrie Brady in 1986 at the age of 13 years. While playing Carrie on-and-off over the years, she has racked up two Daytime Emmy nominations in the category of Younger Actress in 1997 and 1998.

The sweet and sassy, beautiful and talented Molly Burnett entered Salem’s scene in 2008. She was immediately thrust into major storylines as Melanie Jonas and not only did she win the hearts of many DOOL men, but also the audience as well. Molly has dabbled in primetime television, with guest roles on CSI: NY and CSI: Cyber and has also played the nemesis to nanny Jesse on the Disney Channel hit, Jesse. While she is currently not on Days, General Hospital fans were recently treated to her acting style this summer when she temporarily filled in as Maxie Jones. Meanwhile Days alumnus Kirsten Storms recovered from an illness. Burnett has been nominated for a Daytime Emmy twice in 2010 and 2012 in the Younger Actress category.

Undoubtedly a soap opera icon, Deidre Hall has been entertaining DOOL fans with her portrayal of Marlena Evans since 1976. Marlena has been a part of almost every cheesy, A-typical soap plot fans can think of (and some not so typical, yet just as cheesy). Despite all of this, Hall has been able to play all these crazy storylines with style and grace. Infamous for her ‘exorcism’ storyline, not to mention being at the center of the Melaswen Island plot, Hall is undoubtedly an all-time fan favorite on DOOL and has celebrated an accomplished soap opera career. During her forty years on Days Hall has racked up three Daytime Emmy nods with two in the Outstanding Supporting Actress category in 1980 and 1984, and one in the Lead Actress category in 1985.

This talented actress stepped into the role of the villainous Nicole Walker in 1998 and has had a pretty incredible roller coaster ride over the years. She’s broken hearts along the way, tried to steal fortunes and actually stole Sami Brady’s baby at one point. The beauty within the evolution of Nicole has been watching this intriguing character turn from zero to hero over the past 18 years. While Zucker has yet to win a Daytime Emmy, she has been nominated for the statue three times: twice in the category of Outstanding Supporting Actress in 2010 and 2013, and once in the Lead Actress category in 2014.

Speaking of Sami Brady (and going from zero to hero), Alison Sweeney stepped into the role of Sami Brady at the young age of 17, and DOOL fans literally watched the awkward (and manipulative) teenager grow into a beautiful woman over the years. Sami is known for her courage, getting what she wants at any cost and her momma bear attitude with her children. While Sweeney may be best known for her DOOL role, she’s also dabbled in other high-level Hollywood projects over the years including hosting the reality television show The Biggest Loser and starring in four movies for the Hallmark Original Series Murder, She Baked. In 2002, Sweeney was awarded a Special Fan Daytime Emmy in the category of America’s Favorite Villain and in 2015 she was nominated for a Daytime Emmy in the Lead Actress category.

One of the longest-running actresses on soap operas today, Susan made her DOOL debut in 1968. As a super couple trail blazer, Julie Williams might be best known for her love affair with Doug Williams and her mother-daughter relationship with Hope, her half-sister. Seaforth has not only snagged multiple accolades for her portrayal of Williams over the past four decades including four Daytime Emmy nods in the Lead Actress category in 1975, 1976, 1978 and 1979. The ultimate ‘prize’ was her real-life love affair with Bill Hayes (DOOL’S Doug Williams). The two got married in 1974 and have enjoyed a successful 40 plus years as husband and wife.

A veteran of the soap opera world, Eileen Davidson is not only well-known for her Kristen DiMera role on DOOL, but Young and the Restless (Y&R) fans have also grown to love her as Ashley Abbott. Davidson has also been seen over the years on other popular daytime dramas to boot, including Santa Barbara (in the early ‘90s) and the Bold and the Beautiful (reprising her Y&R Abbott role). As such, Davidson has received high acclaim for her roles in both DOOL and Y&R, being nominated three times in the Lead Actress category for a Daytime Emmy — 1998 and 2014 for her Days role and 2003 for her Y&R role. It’s important to note, Davidson snagged the Lead Actress Daytime Emmy in 2014 for playing Kristen DiMera.

Playing Salem’s girl next door, Mary Beth Evans has experienced tremendous success in the Kayla Brady role on DOOL. As one half of the Patch and Kayla super couple, fans have watched Evans embark on many adventures and be romanced along the way. She also dabbled in other soap operas, including General Hospital and As the World Turns. Interestingly enough, she also played on The Bay, a soap opera web series where she also acted as producer. As such, Evans was able to rack up a slew of Daytime Emmys in 2015 for this internet show, including Outstanding New Approaches – Drama Series (as producer), Outstanding Digital Daytime Drama Series (as producer), and Outstanding Actress, Digital Daytime Drama Series. She also just recently won a Daytime Emmy this very year in the Lead Actress category.

While most people know McCay from her work on DOOL as the matriarch of the Brady family, McCay is an accomplished actress that has also worked on other soaps as well as primetime television. Prior to her Days role, she worked on Love of Life and had roles on The Andy Griffith Show and Cagney and Lacey. Interestingly enough, McCay has won a Primetime Emmy (1991) in the Outstanding Guest Actress in a Drama Series category for a role she played the short-lived show The Trials of Rosie O’Neil. Peggy has also received three Daytime Emmy nods for her Caroline Brady role, with two in the Lead Actress category in 2013 and 2015 and one in the Supporting Actress division in 2016.