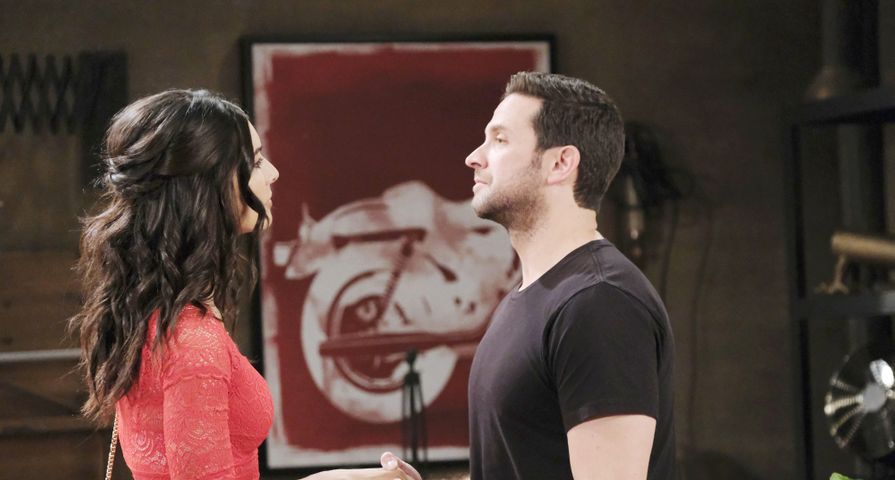 Another explosive week in the land of Salem is on the horizon, so what should fans expect from Days of Our Lives (DOOL) in the coming days? A former super couple reconnects; two lovebirds say, “I do;” and major character may return! Learn about these storylines and others in the DOOL spoilers for the week of July 13, 2020.

DOOL summer spoilers have promised the return of Sami Brady, as actress Alison Sweeney reprises her infamous role. With that said, teasers have stated that Sami’s return was slated in-and-around the end of July to early August, so could it be that Days is pulling a fast one in this week’s spoilers with the mention of Sami’s name, or is she coming back to Salem a little sooner than anticipated?

DOOL spoilers hint that at the end of this coming week, Sami will “order” Rafe to reject Allie’s suggestion. This is obviously about adopting Allie’s baby; however, could Sami do this in person, or will it be via email, voice message, or phone call? She’ll most likely catch wind of Allie’s situation and what she has proposed and try and control Rafe’s decision to place a stop to it. If Allie doesn’t want to raise her baby, Grandma Sami would probably want to take over.

Then, there’s the possibility that Sami will be in town for Eric and Nicole’s wedding. According to DOOL spoilers, this will take place the week of July 13th. Teasers imply there isn’t much drama involved with this wedding, as they merely relay that Nicole and Eric will spend their first night together as a married couple as of Thursday, July 16th. With that said, if Sami surprises everyone by attending, this could all change things drastically. Expect the wedding to potentially happen mid-week.

With Nicole and Eric’s wedding taking place this week, it’s clear that the Cin wedding will be the last of the four super couple ceremonies to take place in July. For those that recall, DOOL summer spoilers stated that Salem would see “four weddings … and a funeral” this month, so with Nicole and Eric’s (seemingly) non-dramatic wedding on the horizon this week, does this mean that something major will go down when Cin says their “I dos”? Seems so!

As of this writing, Kayla and Justin’s wedding seems to be teetering on the point of destruction. Justin stopped the wedding and there’s a little-to-no chance these two will say their “I dos” at this point. While Steve is headed to Europe, there’s a good chance that Kayla will follow him next week, as DOOL spoilers imply that the super couple will reconnect away from the little town.

Bonnie Lockhart will be back before we all know it, as actress Judi Evans is set to reprise the infamous role this week. According to DOOL spoilers, she’ll have an encounter with Jack the week of July 13th, as he’ll be “thrown” when he sees her in Salem. He’ll probably think he’s seeing a ghost.

DOOL spoilers hint that Kate Roberts will save the day (for Vivian and Gabi) in the coming days by getting the serum Jake needs from Dr. Rolf. Can it “Jake” gain back his memories as “Stefan”? As soon as the serum is in Kate’s clutches, she’ll pass it on to Vivian.

Jake’s been on the fence about taking the serum for a while now; however, it seems as if Gabi and Viv might be able to convince him in the long run. They may even just trick him into, as Gabi has tried in the past, but whatever the case, as of early-to-mid week, Jake will have that serum injected into him.

DOOL spoilers reveal that once Jake takes the serum, it’ll become a waiting game for him and Gabi. Seems as if both parties will get a little impatient the week of July 13th, as they await some sort of reaction to it. Gabi (and Vivian) are desperate to have Stefan back, but could the serum reveal that Jake is not Stefan DiMera, but someone else?