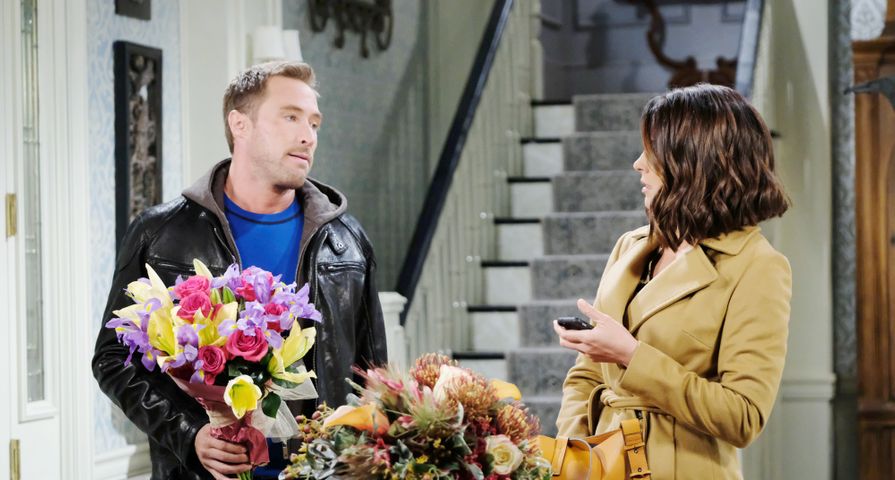 As January ends and February begins, expect a ton of drama to unfold next week on Days of Our Lives (DOOL). An old character returns to wreak some havoc, while someone seems to have disappeared. Also, a villain will keep on scheming. Learn about these storylines and others in the DOOL spoilers for the week of January 28, 2019.

For fans of soap opera queen Judith Chapman, the actress will be returning to the show on Tuesday, January 29th, recast in the role of Diana Cooper. While the character was once onscreen in the late ‘80s, played by General Hospital’s Genie Francis, Diana also happens to be Leo’s mom. Let the sparks fly!

DOOL spoilers for this week indicate that Leo will be horrified once he realizes that his mom is in town. He might not be the only one. For those that recall, Diana once had a huge fling with John Black back in the day, so expect Jarlena to be a little rocked once they realize who is back in Salem.

As the week progresses and Diana re-settles in Salem, DOOL spoilers tease that Marlena will approach her with a request. Leo has been up to no good since he came back to town, and Marlena is quite protective of her grandson Will. Days teasers hint that Marlena will beg Diana to help convince Leo to stop his game-playing. Will Diana accommodate this request? Most likely not. Leo probably learned his evil ways from her.

Sure, seeing his mom again will be a huge shocker for Leo, but that won’t stop him from causing more trouble in the Kiriakis mansion this week. DOOL spoilers hint that Leo will zero in on the new Titan CEO and get his flirt on. Talk about awkward for Brady. Even more uncomfortable? With Diana as a mom, could arrows be pointing to the fact that Leo’s dad is John? Anything is possible in the land of Salem!

Ben will freak out this week and almost lose control. What’s the reason behind it all? DOOL spoilers indicate that he won’t be able to get a hold of Ciara, and his mind will go straight to thinking the worst. Anxiety is never a good thing for anyone, but when it comes to Ben, it could turn dangerous. Here’s hoping he can wrangle those feelings in before he spirals.

Ben won’t be the only one worrying about Ciara, as momma bear Hope won’t be able to reach her daughter either. DOOL spoilers indicate that she’ll do all she can to try and get a hold of Ciara. Here’s hoping Hope doesn’t blame Ben for her disappearance; he’ll have enough stress as it is this week.

Xander will be up to no good this week, as DOOL spoilers indicate that he will gain some surprising leverage when it comes to Eve. In fact, it seems as if he will have her right where he wants her, which means he may have some demands that she’ll have to fulfill.

3. Jenn Reaches Out To Adrienne

Thank goodness for sister-in-laws! Poor Jenn is distraught at the fact that Jack can’t remember their relationship, and DOOL spoilers suggest she’ll reach out to Adrienne and confide in her this week. Seems as if Adrienne will have some solid advice for Jenn, so here’s hoping she can help to place Jenn’s concerns at ease.

DOOL spoilers tease that Chloe will receive a puzzling threat of some sorts this week that will be worrisome. Life as of late has been rather quiet for Chloe as she’s enjoyed a bit of a reunion with Brady, so here’s hoping the threat isn’t as serious as it seems to be. Stay tuned, Days fans!

Seems like Marlena will be all over the map this week in Salem. She’ll be preoccupied with Diana, Leo, and also Melinda. In fact, Days spoilers tease that Melinda will threaten Doc, hoping she’ll keep quiet about Haley. In other spoilers, Sarah and Rex will get a little closer. Wonder how Eric will feel about that?