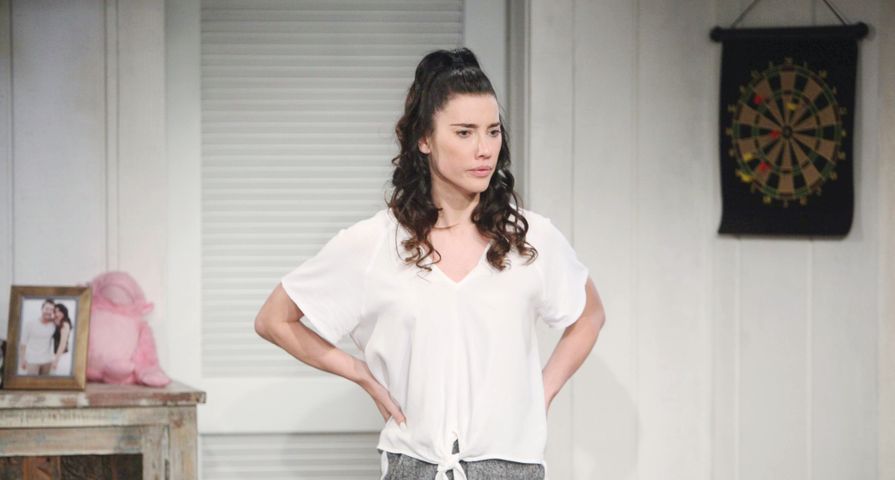 Without a doubt, Steffy Forrester is one of the most popular characters on The Bold And The Beautiful (B&B). Named after her paternal grandmother, Steffy has been through a lot of drama in her young life, including the loss of her twin sister and her younger cousin. She’s also been married four times and even suffered a heartbreaking miscarriage. Here are 14 things you didn’t know about B&B’s Steffy Forrester.

14. Kidnapped As A Child

Steffy’s parents, Ridge and Taylor, thought she had passed away when she was a child. She fell overboard when the family was on a ship during a fierce storm in Saint Thomas. Her passing was mourned, but she wasn’t gone after all. Steffy had been kidnapped by her father Ridge’s ex-girlfriend Morgan DeWitt. Morgan dyed Steffy’s hair red and pretended she was her daughter. Eventually, her family found out she was still alive, and she was reunited with her parents. 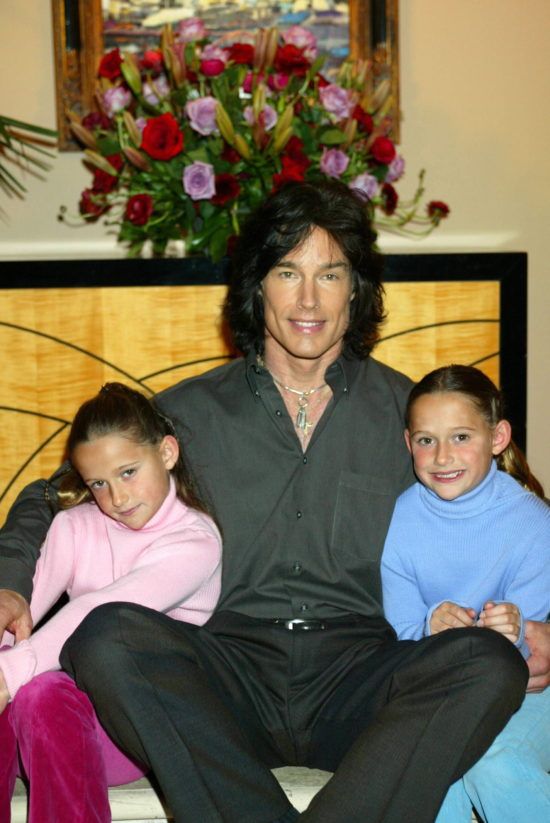 13. Named After Her Grandmother

Steffy was named after her paternal grandmother Stephanie Forrester, who was a force to be reckoned with. Stephanie passed away in November 2012 and Steffy has continued her grandmother’s legacy in many ways. She’s fiercely protective of her family members, even her brother Thomas, who recently betrayed her. She’s also a smart, savvy businesswoman like her grandmother was and is Co-CEO of Forrester Creations. 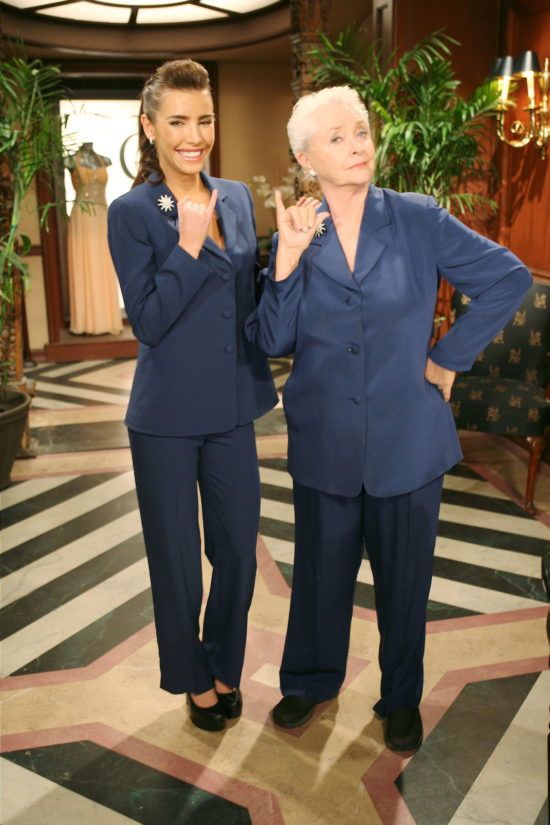 The character of Steffy was portrayed by an identical twin until Jacqueline MacInnes Wood took over the role in 2008. Steffy and her sister Phoebe were originally played by Keaton and Kylie Rae Tyndall and then Addison and Alex Hoover in 2004. When Wood was cast as Steffy, she looked nothing like her twin sister Phoebe, who was portrayed by MacKenzie Mauzy, so writers changed their status from identical to fraternal twins. 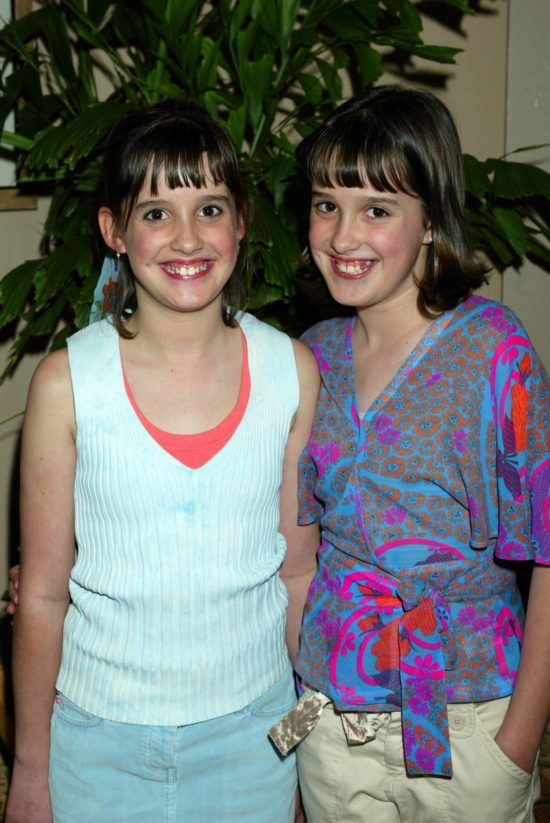 When her twin sister Phoebe passed away in a car accident, Steffy and Rick, who had been driving the car, both mourned her. This steered the two toward a romance that lasted for a few months and even resulted in an engagement. Although Rick did care for Steffy, she eventually found out he was also using her to stick it to her father Ridge and she broke up with him. 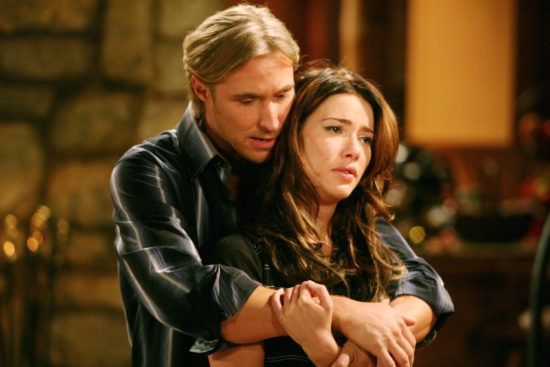 When Steffy exposed that Brooke had slept with Oliver Jones, her daughter Hope Logan’s boyfriend, Ridge fired his daughter from the design house. It turned out Brooke and Oliver’s encounter was a case of mistaken identity and Ridge had already forgiven Brooke for her error. Taylor felt terrible that her daughter had been fired, so she gave Steffy her 25% share in Forrester Creations, making Steffy the owner of a sizeable chunk of the design house. 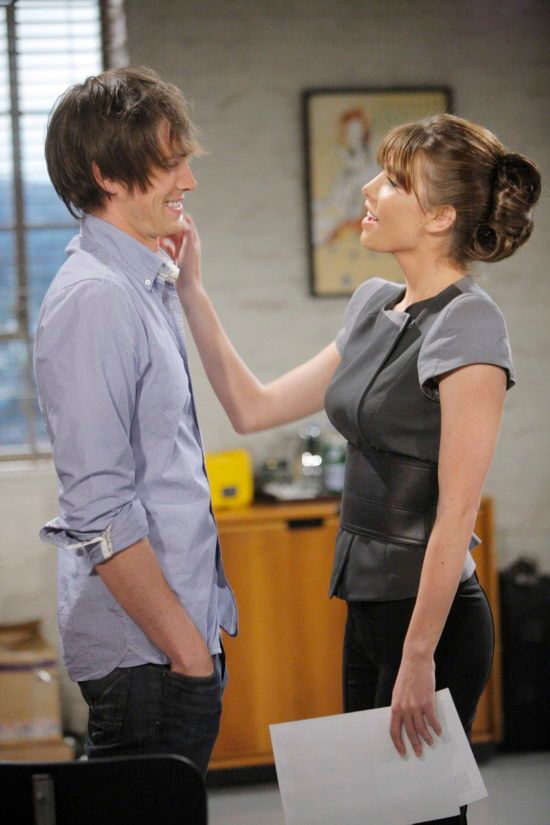 9. Almost Drowned In A Bathtub

Shortly after Bill broke up with Steffy, Steffy was sad and depressed and planned on taking a bath at home alone. Unfortunately, as she stepped into the tub, she slipped and hit her head. Steffy would have drowned if Liam hadn’t shown up at her apartment and saved her life. Liam’s heroic actions were the start of Steffy’s deep feelings for Bill’s son. 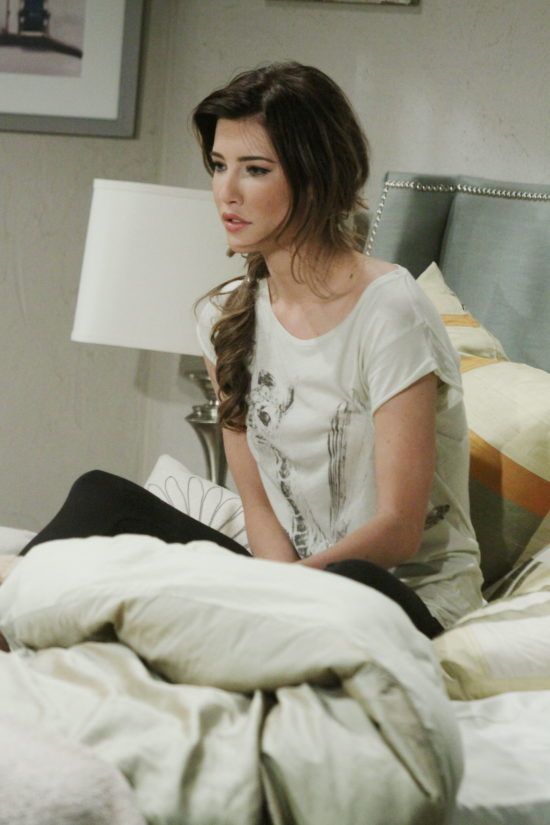 While most viewers are well aware that Steffy’s main rival is Hope, some may not know the details of their conflict during the past nine years. These include an incident in which Steffy once changed a sign for her opponent’s Hope For The Future line to instead read: Ho For The Future. Another memorable moment took place when Steffy refused to put her signature on papers that would have annulled her marriage to Liam. Hope had planned a wedding for she and Liam and went over to Taylor’s house with the annulment papers in hand and demanded Steffy sign them. Coincidentally, a Valentine’s Day chocolate fountain had just been delivered to Taylor. When Steffy refused to sign the annulment papers, Hope slapped her. Then the pair ended up in a catfight, slinging chocolate at each other until they both ended up covered in it. 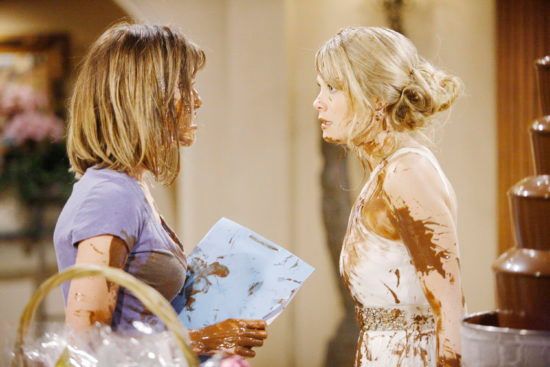 Speaking of catfights, in February 2017, Steffy had a food fight at Il Giardino’s restaurant with a brand-new rival, her brother Thomas’ girlfriend Sally Spectra. It turned out Sally had planned the whole thing as a publicity stunt. Sally had approached Steffy and made some comments about Spectra Fashions taking down Forrester Creations to instigate the cuisine conflict, and it worked – the food fight went viral. 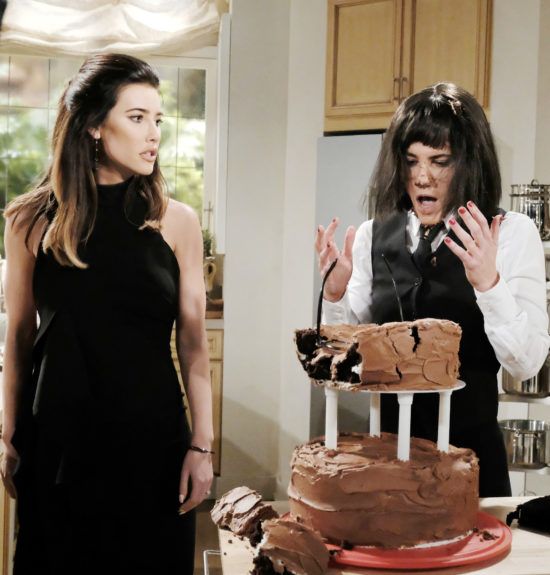 In 2011, while stuck in a gondola, Hope Logan was forced to watch Steffy marry Liam on a hilltop in Aspen, Colorado. Earlier that day, Steffy saw Hope in the mountain town and, working with her former love interest Bill Spencer, the pair managed to stop the gondola so Hope couldn’t escape. She watched Steffy approach Liam in a white dress and veil, while she banged on the gondola’s glass doors. 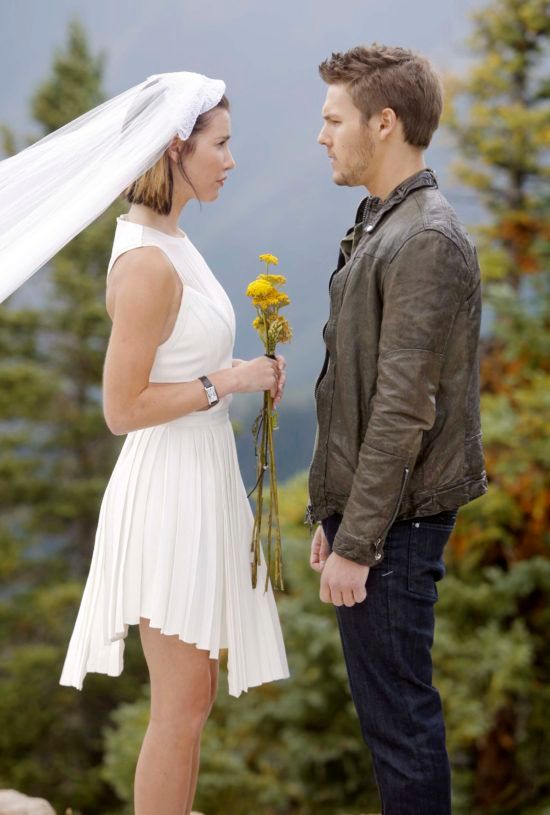 5. Caused Her Cousin To Perish

Steffy’s cousin Aly had some mental health issues. She was seeing visions of her late mother Darla, telling her to do away Steffy. Aly also didn’t approve of Steffy pursuing Liam while he was dating Hope. One evening in 2015, Aly tried to re-enact the night her mother passed away. Steffy had a flat tire and was pulled over to the side of the highway. Aly came at her with her car and tried to run her down. Steffy jumped out of the way and then pulled Aly out of her vehicle. Aly grabbed a tire iron and tried to thump Steffy with it. Forced to defend herself, Steffy grabbed the iron away from her and hit Aly, who fell and smashed her head on a rock. By the time paramedics arrived, Aly had already passed away. 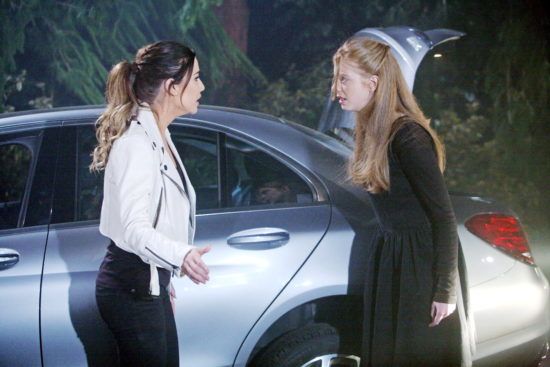 Liam dumped Steffy after he’d seen his brother Wyatt cuddled up beside her on their bed. Both were asleep and nothing had happened between them – they didn’t even know Liam had spotted them. Shortly afterward, Liam disappeared when Quinn took him captive and hid him in a cabin for months. Thinking Liam was done with her, Steffy became romantically involved with Wyatt. The pair got married but the relationship was doomed when Liam reappeared just days after their wedding. 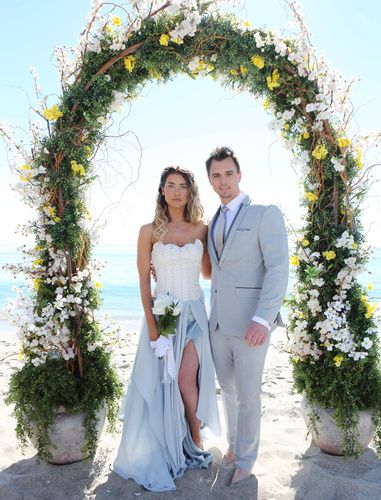 There’s no doubt that Liam is the love of Steffy’s life. She first married the Spencer heir on that hilltop in Aspen in 2011. Their second wedding took place in the courtyard of the Forrester estate in April 2013. Steam were married a third time in Australia in a romantic and emotional outdoor ceremony in front of the Sydney Opera House in March 2017. 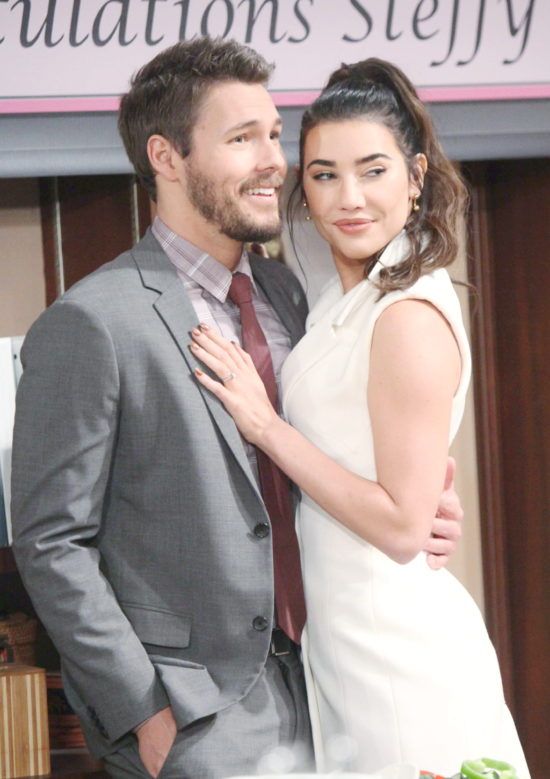 Steffy was pregnant with Liam’s first child when Steam married for the second time. But fate intervened and Steffy tragically lost their baby in a traffic accident. Liam was at the cliff house barbecuing something for their dinner and Steffy was at Thomas and Oliver’s beach house. She wanted to get home early to her husband and had heard traffic was jammed, so she hopped on her motorcycle and crashed into a white car, losing the baby in the process. 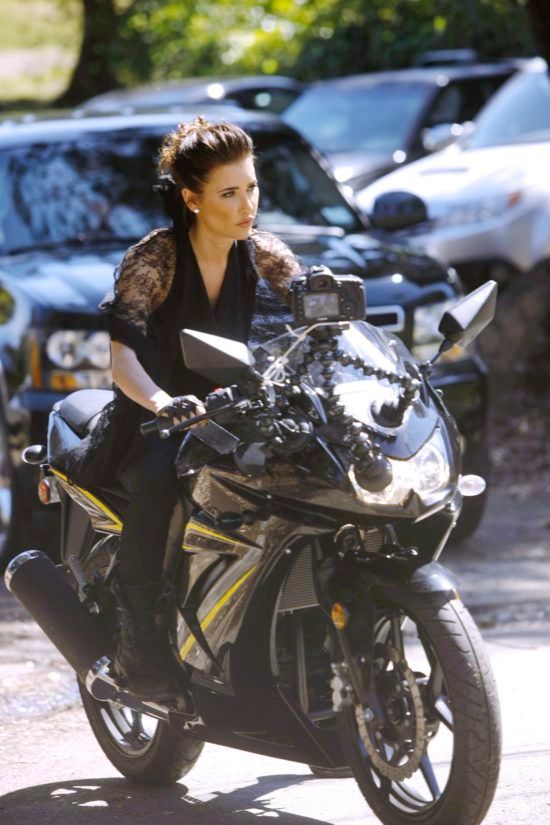 After Steffy caught Liam making out with Hope in her dressing room at Forrester in 2018, she decided that she was done with the love triangle she’d been stuck in for years. Steffy found herself with a difficult decision on her hands. She could marry Bill, who’d been pursuing her for months, or she could attempt to reunite with Liam, which would place her firmly back in the Triangle Of Doom. But instead of doing either of those things, Steffy chose to remain alone and raise her daughter Kelly as a single mom. Fans applauded her decision at the time, but with Liam hovering around her a lot more these days, will she stick to it? Stay tuned! 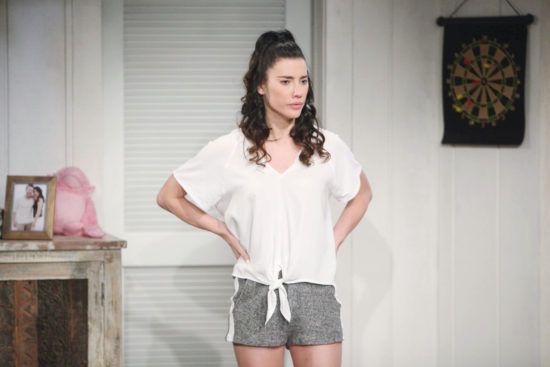