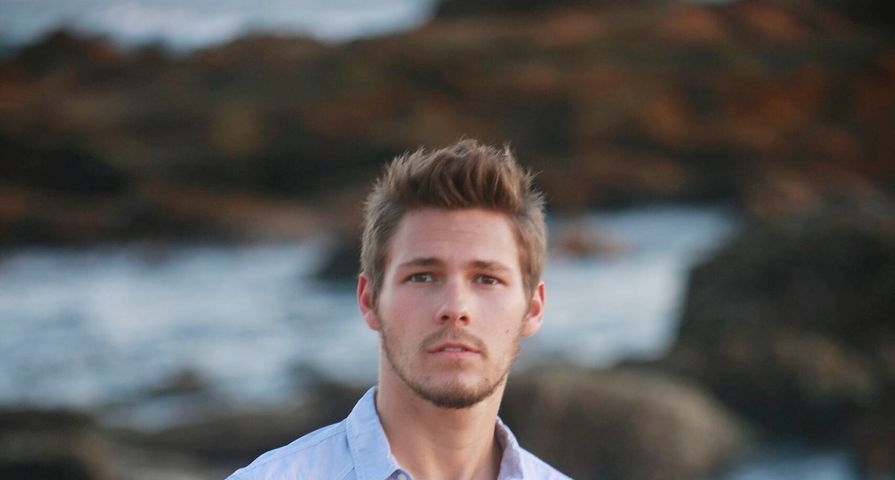 Despite being known to many Bold And The Beautiful (B&B) fans as The Waffler and The Rescue Ranger, Liam Spencer remains a popular character on the soap. Did you know he has suffered multiple concussions, has been married to both Hope and Steffy multiple times and even coerced his own father into stepping down at Spencer Publications? Here are 12 things you didn’t know about Liam Spencer.

12. Started At Forrester As An IT Tech

Liam was not always a filthy rich member of the Spencer family; he came from humble beginnings. His mother Kelly was a model who had a fling with Liam’s father, Bill Spencer Jr. but never told Liam who his real father was. A computer repair technician, Liam arrived at Forrester Creations in 2010, thinking he would find his father there, and he interned as the IT guy.

11. Cheated On Hope With Steffy

When Liam was engaged to Hope, shortly after proposing to her while she stood on the runway during a Forrester fashion show, Liam kissed Steffy. Hope witnessed the kiss and took off her engagement ring, leaving it on the mantel in his home. When he found it there, he gave it to Steffy. Liam then took her to Aspen and married her there. He cheated on Hope yet again, this time on their wedding day in 2012, when he told Steffy he still loved her and kissed her.

10. Cheated On Steffy With Hope

When Steffy was at home with their newborn daughter Kelly in 2018, Liam was congratulating Hope on her successful Hope For The Future fashion show at Forrester Creations. In a heated moment backstage in Hope’s dressing room, the pair embraced and then started making out. Steffy opened the dressing room door and stood there stunned as she watched Hope and Liam kissing.

When Liam collapsed to the ground in the Forrester parking lot in front of Quinn, instead of calling paramedics, Quinn scooped him up and brought him to a cabin in a remote area. She kept him there for months, hoping that Steffy would grow closer to her son Wyatt if Liam wasn’t around. Quinn’s plan worked – Steffy ended up marrying Wyatt.

Actor Scott Clifton, who portrays Liam on B&B, has stated that he always wanted two things while working on a soap: for his alter ego to have an evil twin and for his character to go through amnesia. One of those wishes came true for Clifton in 2016 after he was kidnapped by Quinn. He woke up in a cabin and couldn’t remember a thing. Quinn told him his name was Adam and her name was Eve and that they were married. Liam’s amnesia lasted for several months. When his brother Wyatt found him at the cabin and rescued him, his memories came flooding back.

Liam was fed up and furious with Rick in 2013 when he found out Hope’s brother had snitched to her that he had kissed Steffy. He was so angry with Rick that he walked into Forrester Creations and confronted him. “I am in awe of how low you’d stoop,” Liam said. “You lied to your little sister, you manipulated her life and manipulated my life.” Rick responded calmly by telling Liam he had simply told Hope the truth. Liam then let Rick have it, right in the kisser.

6. Forced His Own Father Out At Spencer

In 2017, Liam found out his father Bill had set fire to the Spectra Fashion offices, and he taped him confessing to the crime. Liam then proceeded to coerce him into retiring as the CEO of Spencer Publications and ordered his father to hand the CEO job over to him. Bill was so angry with Liam that he punched him, but he did give in to his demands. Liam’s tenure as Spencer CEO didn’t last long, however. Within weeks, Bill managed to find all copies of his confession and had them destroyed. He confronted Liam, who expected to be blasted by Bill. But instead, his father embraced him and said there was only one thing he still wanted from him. “Your forgiveness,” Bill said. “I want my family back. I love you son.”

Liam and Steffy have been married three times. The first wedding took place on a hilltop in Aspen in 2011. Their second marriage was at the Forrester estate in 2013. Then in 2017, they made it official again when they wed in front of the Sydney Opera House in Australia. Liam has married Hope twice. Their first wedding took place in a beautiful ceremony on a cliff face in Puglia, Italy in 2012. The marriage didn’t last long, and they broke up. They remarried again in September 2018 at Brooke’s house, but Hope had the marriage annulled in June 2019.

4. Has Had At Least Five Concussions

Liam’s first concussion occurred in 2010 when he tripped and hit his head. This was followed by another in 2011 after an explosion had occurred in Tawny Moore’s trailer. He was knocked unconscious in an airplane washroom in 2016 and then a day or two later he fainted in the Forrester Creations parking lot and once again hit his head. Finally, Liam also knocked his head on a tree branch and went through another concussion in 2018.

3. Came To Ivy’s Rescue More Than Once

When Hope invited Liam to meet her at the Eiffel Tower in Paris, he never made it. Just before his meeting with Hope, Quinn pushed Steffy’s Australian cousin Ivy into the Seine and Liam jumped in to save her. Then in 2015, when Ivy found out she didn’t have American citizenship and was going to be deported, Liam rescued her once again, this time by marrying her. When it turned out there had been a mistake in the citizenship documentation, Liam quickly annulled the marriage.

Liam became Sally’s champion in 2017 and helped defend her Spectra Fashions business against a formidable foe – his father. Bill wanted the land the Spectra building was sitting on so he could build his beloved skyscraper Skye. Liam defended Sally to Bill and tried to get the business back on track. While all this was going on, Sally began to develop feelings for her hero.

1. Almost Passed Away In A Building Collapse

Liam organized a sit-in for Sally and her Spectra Fashions crew when his father scheduled a demolition crew to blow up the building. When Sally’s coworkers exited the building, Bill had no idea that Liam and Sally were still inside, and he told his crew to detonate the explosives. The pair survived the blast but were trapped under the rubble. Believing their lives were over, the two shared a kiss. Luckily, Bill and Steffy searched the rubble and found both Liam and Sally a little worse for wear but very much alive.