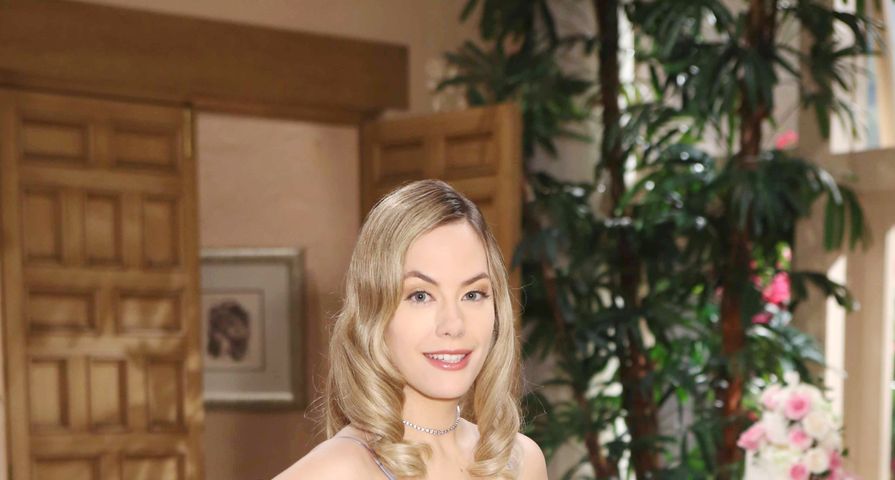 Soap characters can stir up strong emotions from viewers. Some are well loved and often cherished, then there are others we even sympathize with. But there are also certain personas who make viewers wince every time they appear on screen. Most of us have our favorite characters on The Bold And The Beautiful (B&B) and ones we just can’t stand. The following are 12 B&B characters we love to hate.

Thomas is a character who fans don’t just love to hate, but out-and-out despise. His obsession with Hope Logan has made Thomas very unpopular since he returned to the B&B canvas in March 2019. He also makes others around him downright miserable, including his five-year-old son Douglas, all in a bid to win Hope’s affections. Thomas generally shows no remorse for his actions, making it all the more enjoyable when he finally gets what’s coming to him. But most viewers agree on two things – they hate Thomas, but they love Matthew Atkinson’s suburb portrayal of the character.

The ultimate soap opera Queen of Mean, Stephanie was cunning and never stopped protecting her family from perceived threats. Throughout most of her life, she wanted nothing more than to destroy her biggest rival, Brooke Logan, something Brooke fans loathed. Portrayed by the brilliant and Daytime Emmy Award-winning actress Susan Flannery, Stephanie’s demeaning and controlling ways made her a character fans loved to hate.

When she first arrived in LA, Quinn seemed like a normal single mom, willing to do whatever it takes to gain a little happiness for herself and her son Wyatt. But she quickly became a character fans loved to hate when she constantly interfered in her son’s life to the detriment of others. So far, in her seven-year run as Quinn, actress Rena Sofer’s alter-ego has pushed Ivy off a bridge, threatened Liam with a sword, kidnapped Liam and held him hostage for months and most recently spiked Brooke’s orange juice with alcohol. And now that she’s in a war with Brooke, many fans see her as Stephanie’s successor.

Speaking of Brooke, many viewers love to hate the eldest Logan sister, mainly because she sleeps around with men who are attached to the women she purportedly loves. Every time she has sex with another highly inappropriate man, she uses the excuse that she always follows her heart, but many Brooke haters don’t buy it. Brooke betrayed her daughter Bridget and slept with Bridget’s husband Deacon. She also slept with her daughter Hope’s boyfriend Oliver, although she thought he was her husband Ridge. And she was disloyal to her sister Katie by sleeping with her husband Bill. Most recently, she betrayed both Ridge and Katie by kissing Bill. Will Brooke ever learn?

When Dollar Bill arrived in LA he had an agenda. Portrayed by veteran soap actor Don Diamont, Bill wanted to settle some old scores and he wanted to make a lot of money doing it. Viewers loved to hate Bill and his egotistical ways, but he did grow on them. His one-liners and well-timed, sarcastic quips about others have also kept fans giggling throughout the years. They love him paired with Katie but hate him with Brooke. And now that he’s shared another kiss with Brooke, Bill will likely gain back many haters.

It seemed like Amber was meant to be a disliked character from the get-go. Portrayed by Adrienne Frantz, Amber was always up to no good – she lied and cheated and manipulated others. When she first appeared in LA, Amber was Rick’s babysitter and within months she had seduced him. Amber and Rick got married and then she cheated on him and got pregnant. But when her child was stillborn, she swapped out babies with her cousin Becky and passed the child off as her own. A few years later, fans found themselves once again aghast at Amber’s actions, when she found herself pregnant and trapped Liam into believing the child was his.

Hope Logan seems to be more despised with every B&B episode. Some viewers find her damsel in distress, woe-is-me attitude more than a little grating. The character, and actress Annika Noelle who portrays her, have been on the receiving end of a lot of internet hate over the past two years. There are entire Facebook pages solely devoted to the hatred of Hope. But Noelle has taken some fans abhorrence of Hope with a grain of salt and a sense of humor.

On the flip side, a lot of fans also love to hate Hope’s rival Steffy. Portrayed by talented Daytime Emmy Award-winning actress Jacqueline MacInnes Wood, her character also has social media pages dedicated to the dislike of her character. Wood too has had a sense of humor about all of it. But it does seem like it’s well past time that Steffy take down that ridiculous photo she has of she and Liam hanging up in her living room. Didn’t they break up two years ago?

Steffy’s mom Taylor was another character many viewers loved to hate. Her rivalry with Brooke was one for the ages and much like Hope fans love to hate Steffy, Brooke fans love to hate Taylor. The good doctor was always putting down Brooke for her indiscretions, but she was certainly no saint herself. Many viewers see her as a hypocrite, who shot Dollar Bill in the back, caused the demise of Darla while she was driving drunk and also slept with inappropriate men.

The flip-flopper, the waffler and the two-timer are just a few examples of the nickname’s viewers have pinned on Liam during the past decade and they absolutely love to loathe him. Portrayed by Scott Clifton, Liam’s constant indecisiveness when it comes to romance, especially his relationships with Hope and Steffy, drives fans batty. And every time he waffles between the two women, it makes us cringe. Most of us just want Liam to make up his mind already.

There may not have been a more despicable and hated character on the B&B than Sheila Carter. Portrayed by Kimberlin Brown, Sheila is one of the most well-known soap opera baddies in the world. Her actions were always off the charts and fans loved to hate her for them. Sheila altered the results of a paternity test, tried to get rid of Stephanie several times, shot Taylor, kidnapped James and then held him prisoner in the basement of her house. And yet, these days the B&B seems to be missing something due to Sheila’s absence, which is truly a testament to Brown’s exceptional portrayal of the character.

Known to many fans as the baby thief, or Felony Flo, this character was unlikable from the start. She participated in Dr. Reese Buckingham’s baby Beth adoption scheme and kept the secret from Hope and Liam for months and many viewers have stated they will never forgive her for that. Played by the very likeable Katrina Bowden, writers have been trying their best to redeem Flo. Her path to redemption began when she selflessly donated a kidney to her aunt Katie. Most recently, she gave up Wyatt so he could be by Sally’s side in her final days. But no matter how many good deeds this character may undertake, will viewers ever get over their dislike of Flo? Keep watching B&B to find out!