Home » The Bold and the Beautiful » Bold And The Beautiful: Character Exits That Disappointed Fans

Bold And The Beautiful: Character Exits That Disappointed Fans 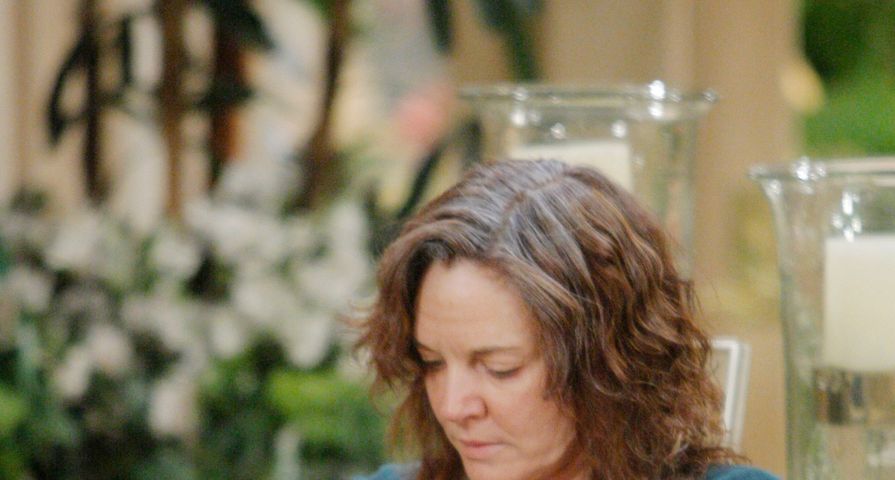 The Bold and The Beautiful (B&B) has had its share of spectacular and unexpected exits since it first aired in 1987. But there have also been some exits that disappointed viewers, either because they just weren’t done right, or the character was a fan favorite. Then there were the exits that weren’t real and the characters ending up returning from beyond the grave. Below are 12 B&B character exits that really disappointed fans.

Darla had just finished throwing a birthday party for her young daughter Aly when Phoebe Forrester called her to say she was stranded on the side of the highway with a flat tire. Unfortunately, Phoebe had also called her mother, Taylor, who’d had a couple of drinks earlier in the day and was now rushing to her daughter’s aid. It was a foggy night, and as Darla was changing Phoebe’s tire, Taylor’s vehicle came speeding towards her. Taylor hit Darla, who passed away in the hospital shortly afterward. The loss of this character was a major disappointment to fans as B&B lost a favorite character and a popular couple (Thorne and Darla) at the same time.

Like her mother before her, Aly Forrester passed away by the side of a road, this time at the hands of Taylor’s daughter Steffy. The passing of her mother had affected Aly all her life and for many years she hated Taylor with a passion. When she finally forgave Taylor for what happened to Darla, she took a turn for the worse and became obsessed with getting revenge on her cousin Steffy. Her fixation ended when Aly and Steffy had an altercation at the side of a highway and Steffy ended Aly’s life in self-defense. Fans were disappointed by this, as Aly was a legacy character that could have been utilized for many years to come on B&B.

Taylor’s daughter Phoebe also passed away on a roadside. Steffy’s twin sister Phoebe’s anger with Rick caused her demise in 2008. Rick had dated her, her mother and then she found out he had kissed her sister. She followed him to his car as they were arguing and as he began driving, she hit him and accidentally put her foot on the gas. The car accelerated and crashed, causing her untimely and unfortunate demise.

The character of Macy passed away two times on B&B. It seems the second time, in 2003, was for good. Macy was married to Deacon Sharpe at the time. She was performing at a nightclub on its opening night and a chandelier fell on top of her. Macy did survive it but passed away later in hospital. Her mother Sally had to choose whether to take her off life support. Viewers never saw what choice Sally made, but there was a funeral for the character. Macy was a popular B&B character and fans were disheartened when writers decided to ax her again. Even though she hasn’t been seen for more than 15 years, it is a soap. So, there is a chance, albeit a slim one, that Macy could return once again.

The producer’s decision to ax  Caroline Spencer in 1990 was an ill-advised one. Only six months into her marriage to Ridge, she was diagnosed with leukemia. She was told she had limited time left, but she kept it a secret. She was counseled during her illness by Dr. Taylor Hayes. When Ridge’s sister Felicia threw her a party, she had no idea everyone knew she was going to pass away. She collapsed while she was dancing with her ex-husband Thorne. Ridge carried her to their house, and she passed away in his arms. Viewers felt there was much more this character could have accomplished and believed she was written off to unite Ridge with Taylor.

When Storm accidentally shot his sister Katie, she needed a heart transplant. Knowing he would be a match for his sister, he took his own life so she could have his heart. Although Storm’s decision was a selfless one, it disillusioned some viewers, as he was an original character who could never be replaced.

Some characters keep coming back to life and that has been the case with Taylor Hayes. Her first demise was in a plane crash and viewers were disappointed by her departure in 1994. Taylor’s body was never found, but she left her devasted husband Ridge behind. Fans clamored for her return and got it. By the time Ridge found out Taylor had never been on the plane but had suffered from amnesia, he had already remarried Brooke. He had no idea Taylor had been living with Prince Omar Rashid (Kabir Bedi) in his palace in Morocco. He did reunite with her a few years later though, and they had three children together, only to go relive her passing again when she was shot by Sheila Carter in 2002. Once again, she returned, thanks to the prince.

Another character who viewers thought had passed away was Deacon Sharpe. Quinn had callously pushed her former husband over the side of a cliff after he had discovered she had kidnapped Liam Spencer. Deacon had been under the impression that he and Quinn were going to push Liam over the cliff. Viewers were saddened that Deacon was off the B&B canvas for good, but were thrilled when, a few weeks later, he showed up at Quinn’s cabin covered in seaweed!

Becky was Amber Moore’s cousin. The two women were pregnant at the same time and when Amber’s baby was stillborn, she switched it with her cousin’s child. She passed Becky’s child off as her own and told Rick he was his son. When Becky discovered the truth, she reclaimed her son. But soon after, she discovered she had cancer. Wanting to make her happy in her final days, CJ Garrison married her, and she passed away shortly afterward. This character’s demise was a disappointment as she was only on the show for a little over a year and could have offered a lot more to the plot development between Rick, CJ and Amber.

Beth was the matriarch of the Logan family and mother to Brooke, Donna and Katie Logan. She was diagnosed with Alzheimer’s disease and became progressively unpredictable and unstable. When the disease became full-blown, Eric invited Beth and her husband Stephen to stay at his house. This angered his wife Stephanie, who felt Beth should be in a hospital or another professional environment. One evening, Beth was ranting at Stephanie, who became frustrated and annoyed. She grabbed a piece of lace out Beth’s hand and threw it into the swimming pool. Beth had sewn photos of her children on it so she could remember them. She reached for it, fell into the pool and drowned. Fans were disappointed Beth passed away in such a manner. They felt she deserved a peaceful passing, surrounded by her husband and daughters.

When the character of Stephanie Forrester was diagnosed with cancer and ultimately passed away, some fans were disappointed with this. One reason was that her son Ridge, who had been the joy of her life, didn’t visit her once before the end. Ron Moss, who had played Ridge since the debut of B&B, had quit the show by then and the role hadn’t been recast yet. However, it still made zero sense that he wouldn’t have wanted to be with his mother. Couldn’t producers have arranged for a quick guest appearance? She also didn’t pass away with her husband Eric by her side. Instead, she passed away in Brooke’s arms, a woman she had hated most of her life. Some fans thought it was a fitting ending for Stephanie, but others were bitterly disappointed by the way writers handled this.

Viewers were in shock recently when Thomas called Taylor and Bill with terrible news. Caroline Spencer, Bill’s niece and the mother of Thomas’ child, had passed away. And, like her namesake before her, it looks like writers used this as a plotline, this time so Thomas can get together with Hope. Fans have expressed their disappointment with this entertaining character being written off so Caroline’s son Douglas can replace the stillborn baby Hope lost and mend her heart. They believe Caroline deserved better.