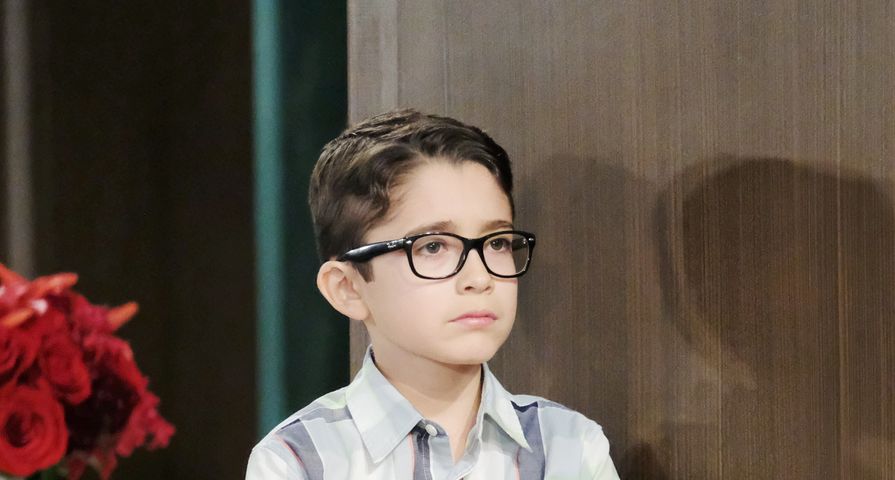 They are the sidekicks, the comedic relief, the little offspring to our heroes and heroines! The supporting characters in daytime drama may not always appear in every scene and storyline, but when they do, they steal the show like no one else! With that said, below are some minor General Hospital (GH) characters who have stolen the show over the years.

Always at the nurse’s desk, Amy knew everything about what was going on at General Hospital, from patients who had been admitted, conditions, who was dating who, and other gossip. While she may have never been a part of a super couple, or even an intense soap opera scene, she was a beloved fan favorite, stealing the show with her one-liners. Still missed to this very day, Amy is continually mentioned in storylines from time to time, proving the impact she made on GH.

GH has always had a way of building child soap stars to have them grow along with their character, something that started with Robin Scorpio. Therefore, it makes it no surprise that her daughter Emma hits this list as a show-stealer. Much like her mom, GH fans have watched this little one grow from a sweet girl into a beautiful and smart young lady. While she isn’t in Port Charles all the time, when she does come for a visit, she wows fans like no one other.

The storyline surrounding Mike Corbin and his Alzheimer’s condition has not only helped to increase awareness of what patients go through but also the toll it takes on their families. Actor Max Gail has truly brought this character and his story to life, touching the hearts of many fans that both can and cannot relate to what Mike (and the Corinthos Clan) are going through.

Once a staple in Port Charles storylines, Felicia is not seen as much as she used to be, but when she does appear on-screen, it’s much to many fans’ delight. Perhaps it’s her past on GH, that smile she has that can brighten up any room, or her feisty character, but audiences are still very much in love with Felicia and what she still brings to the show.

Many GH viewers loved seeing the return of Spencer Cassadine more recently, even though it was under sad circumstances with him finding out all about his father’s deceptions. Regardless, Spencer was a unique child character in Port Charles when he was younger, a boy who was wise well beyond his years. As such, despite being in cute company with Emma in scenes, he somehow managed to steal the show (even from her).

Speaking of the Cassadines, Spencer’s cousin Charlotte has been stealing the show at GH since she first entered the land of Port Chuckles back in 2016. She’s cute, funny, smart, and very intuitive, which makes for a great combination when it comes to child soap characters. She’s a little mini-me of mom Lulu, and her love for Valentin almost makes him likable, despite all the terrible things he’s done over the years.

The love child of Dr. Hamilton Finn and Hayden Barnes just recently hit Port Charles, but she continues the legacy the soap has built around its kiddo characters. She may even have sweet little Charlotte worried about the cuteness factor! In all seriousness, watching Finn fawn over his daughter takes everyone’s breath away, and she even outshines scenes with GH vet Anna Devane!

Speaking of GH vet, Lucy Coe has gone from a librarian to a temptress, gold-digger, and now comedic heroine over her tenure on the show. While fans don’t see her as much as they like, her slapstick comedy still has audiences smirking during even the most dramatic scenes, and many people look forward to Nurse’s Ball season as it guarantees more Lucy Coe on their daytime television screens.

Aunt Stella is feisty, stubborn, and has a no-nonsense kind of attitude about everything; she also happens to have a tremendous commitment to family, is an incredible friend to Sonny and Carly, and has some buzzing one-liners. While she gave Jordan and Curtis a hard time for a while there, most fans could see it was only coming from a good place.

Anyone else miss Felix? Actor Marc Samuel recently teased a GH return on his social media, so fans need to stay tuned! With incredible one-liners, nicknames for other characters, and a personality with flare, Felix has been one of the more entertaining characters over the show’s tenure. He drifted off the canvas shortly after his BFF Sabrina passed away; however, here’s hoping the GH writers can craft up a fresh storyline to bring him back to daytime drama.

Spinelli is truly a soap opera character that only comes along once in a lifetime. So eloquently spoken, he’s brilliant, tech-smart, and a good guy (that may work for the “bad guys). Moreover, he’s got a heart of gold, he’s incredible friend, father, husband, and co-parent, not to mention a huge fan favorite. His one-liners and nicknames for, well, pretty much EVERYONE in Port Charles makes him an utter delight to seen on screen whenever he pops into town for a visit.