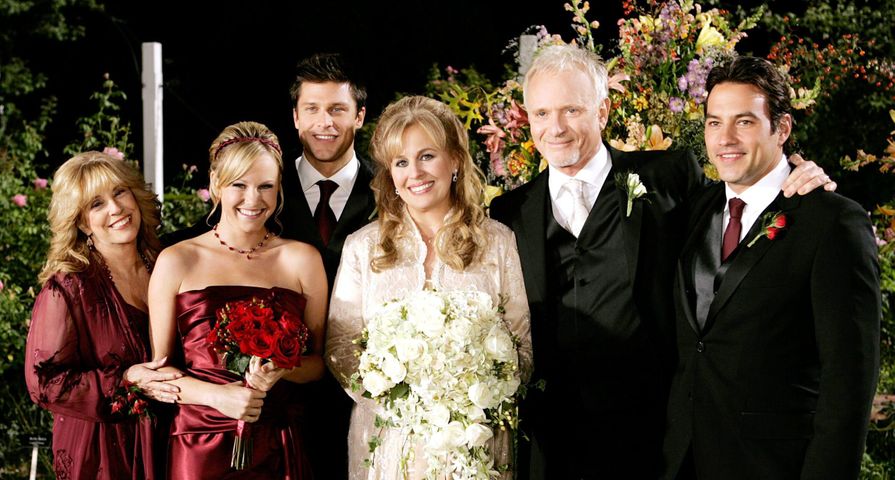 As one of the longest-reigning soap operas still on the air today, General Hospital (GH) has become a show that is not afraid to dive into some serious issues. It also has told some of the greatest love stories in daytime drama during the over 50 years it has been on television and has taken fans on a whirlwind of a ride! The show had some great scenes over its tenure, and below are some of GH’s most iconic moments.

GH loves to take fans aback, and Morgan Corinthos’ car explosion in 2016 was a culmination of issues the young man was facing. After Ava switched his medication for his bipolar disorder, his emotions spiraled, and he decided to go on a driving spree with Julian Jerome’s car. It seemed as if Jason (well, really Drew Cain) was in for the save, but the car unexpectedly exploded right before he could do anything.

The storytelling around this situation was phenomenal, with a major explosion that hit, and the events unfolding around how it all came to be. That boom at the beginning is just as iconic as everything that happened during the Metro Court crisis, from losing Alan to Robin being shot, and Jerry Jax wreaking havoc on everyone caught in the crossfire.

While Sonny and Brenda fell in love in the 1990s and had a passionate love affair, they had a hard time making it to the altar to say their ‘I dos.’ He once left her right before a wedding when he realized she would never truly be safe while married to him. Years later, in 2011, these two crazy kids finally became husband and wife which made many of their fans extremely happy! Sadly, it didn’t last that long, but why focus on the negative?

There are so many memorable moments from GH’s Nurses Ball over the years that this event in itself could have its list. There are also too many moments to mention when it comes to the Ball’s MC, Lucy Coe. Coe was known for her infamous wardrobe changes during the show and in 1994 while changing from one dress to another, the backstage curtain was raised unexpectedly, exposing Lucy in her underwear! An iconic and hilarious moment indeed.

8. A Quartermaine Evolves Into A Morgan

Jason Quartermaine was a clean-cut youngster, who wanted to be a doctor at one point just like his dear old dad Alan, but everything changed after he was struck during in a drunk driving accident caused by his alcoholic brother, A.J. He suffered brain damage and memory loss and, almost overnight, sweet Jason Quartermaine evolved into bad boy Jason Morgan, a stone-cold mob assistant who walked on the other side of Port Charles’ tracks. The drunk driving incident was a pivotal scene in the evolution of Jason and overall storylines within the show, as he slowly transformed into the legendary character he is today.

Jason’s adoptive sister Emily played a huge role in GH and was one half of a super couple on the soap with Nikolas Cassadine. That’s why it was so unexpected in 2007 when Emily passed on, thanks to the Text Message Serial Killer. What was even more bone-chilling was the iconic scene of her lying there in the middle of the Black and White Gala, as a devastated Nikolas looked on in horror.

Who would have ever guessed the impact sweet little Robin Scorpio would make when she debuted in the mid-80s? Generally, child characters suffer from soap opera rapid aging syndrome (SORAS) and are often played by different actors as they get older. Kimberly McCullough was so brilliant at her job that Robin would grow up at the same rate as the actress who played her and became one of the most iconic characters on GH. Fans have seen Robin go from a sweet and sassy little girl to a beautiful and brilliant woman. But that all started in the fall of 1985 when Robert Scorpio found out he had a daughter he didn’t know about.

5. Robin Finds Out She Has HIV

As mentioned, Robin grew into a beautiful and smart young lady who eventually fell in love with her first boyfriend, Stone. Sadly, Robin would later find out she contracted HIV from her first love. GH fans were shocked in 1995, and it seemed like the character was on borrowed time. Thankfully, over the years, Robin has been able to maintain a very normal life (health-wise that is), becoming a doctor, wife, and mother. The entire storyline shed a tremendous amount of light on this terrible illness and helped increase awareness about the disease.

Generally speaking, soap opera stars work in daytime drama to gain the experience they need to move on to primetime or movie opportunities. There is the rare case where stars will have a guest role on a soap, but movie actors don’t generally join a soap during the height of their career. Actor James Franco didn’t follow this mold and decided he wanted to dabble in daytime, so he joined the cast of GH as an eccentric artist (who was also obsessed with Jason Morgan), and Franco was born. The character stirred things up in Port Charles, and while actor Roger Howarth plays the role now, there is nothing quite like the original.

Ask any long-time GH fan about one of the most heart-wrenching moments on the show, and they will tell you about that fateful day when a young B.J. passed away in 1994. So many different emotions going on for so many characters. Parents Tony and Bobbie were devastated, and Aunt Felicia was torn apart as B.J.’s heart ended up saving her daughter Maxie’s life. It was a tear-jerker for sure.

Ever wonder why the Cassadines hate the Spencers so much? Long-time GH fans know this question, and the rivalry was born in the early ‘80s. After Luke and Laura successfully overthrew Mikkos Cassadine’s scheme to rule the world by freezing it, Helena paid them a visit on their wedding day and placed a curse on the two. Alas, the two families have never gotten along since.

1. Luke and Laura Get Hitched

To this day, the episode of Luke and Laura’s wedding stands as the most-watched soap opera show in American history. The episode took place in November 1981 was an hour-long, and 30 million fans tuned in to watch their favorite soap opera couple get hitched. Fun fact: in 1996, the event hit number 35 in TV Guide’s “100 Most Memorable Moments” in television history.