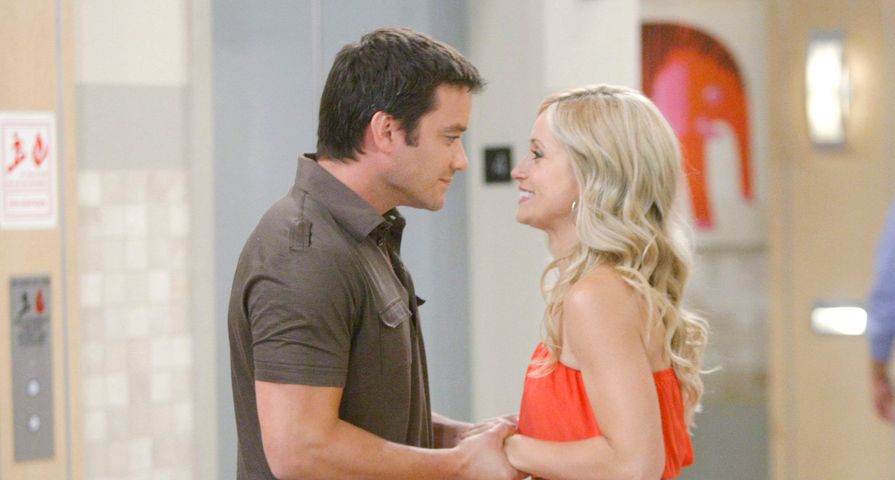 So many couples have come and gone over the 50-plus years General Hospital (GH) has been on the air. There have been highly popular ones, as well as couples that just didn’t seem quite right together, and others who have reached super couple status in the land of daytime drama. Some duos have been amazing together, and others haven’t worked out as well. Below is an overview of some of the most popular GH super couples ranked:

These two have incredible chemistry together, and Sonny has always had a soft spot for Brenda. They hooked up in the 1990s and started out in a somewhat controversial relationship as Sonny was an established mobster in his 30s, while Barrett was heading into adulthood at around 18 years of age. They’ve been on-again-off-again, with a little bit of toxic behavior mixed in between. Their 2011 marriage was a massive flop, which lands this super couple at the bottom of the list.

A controversial GH super couple, Liz and Jason have shared some beautiful moments over the years. In the mid-2000s, they were quite happy and even conceived a beautiful bouncy baby boy. Fans of Jason and Sam don’t seem to like these two together, but if you’re an Elizabeth Webber advocate, then you are one of those viewers who might love to see them reunite at some point, someday.

Teenage, puppy-love romance turned into something far more special when Emily and Nikolas grew into adults and continued their relationship. There was such a special connection between these two, and Cassadine hasn’t been the same since Em passed away in 2007. Will he ever find real love again? Maybe if Emily makes a return!

Eighties super couple Holly and Robert hit this list, and even from more recent storylines, it’s clear that Robert still hasn’t been able to shake the impact Holly made in his life. The two had a one-night stand shortly after Robert saw Holly skinny dipping. She was originally Luke Spencer’s gal, but after a few adventures, her heart eventually belonged to Robert. What made them so popular back then? Was it their accents? Robert’s charm? Holly’s beauty? Regardless, this super couple just worked.

While Frisco seemed to be the wedge that always kept these two apart, Felicia finally shook herself from that toxic relationship and officially chose Mac back in 2013. They’ve been happy ever since! After all, how can you not love a man that would raise your kids, even after you skipped town to be with your ex?

Maxie truly struggled with relationships before Nathan West drifted into Port Charles, and it did seem like love at first sight (even though Maxie fought with her feelings). The two just made the perfect couple and balanced each other out, with Maxie being a drama queen and Nathan always keeping a level head. While the two would get hitched in 2017, their marriage was sadly cut short after Nathan was shot by his father, Cesar Faison.

Anna and Duke are truly a love story for the ages. From their time together in the late ‘80s, ‘90s, and early 2010s, they kept fans on the edge of their seats with a romance that tugged at everyone’s heartstrings. While Lavery passed on in 2012, in the land of soaps, a return is always possible!

Good girl next door falls for handsome playboy doctor in this classic recipe for love. When it comes to soap operas and opposites, Robin and Patrick made a great super couple from the get-go. They did have their struggles when it came to Robin trying to convince him to settle down, not to mention her postpartum issued, and then that time Patrick thought Robin had passed on, so he moved on with another woman; however, when all was said and done, they always managed to get past their problems, and focus on their relationship.

When things are going well between these two, rainbows and sunshine can be seen on either side of Port Charles, but when things are going bad – watch as the toxicity starts flying! Carly and Sonny are a good couple, with tons of chemistry and love between them, not to mention plenty of history; however, add in a little miscommunication and secrecy to their relationship, and the claws come out … for both of them.

In the past, these two had what it takes to make a relationship work: good communication, chemistry, acceptance, and undying love. They’ve had their ups and downs over the years, but somehow always find their way back to each other, until more recently. Here’s hoping they can get their act together and at some point rekindle their romance.

This GH super couple has a romance that has spanned well over a decade, and fans still can’t get enough of them. They have dealt with fertility issues, lies, secrets, baby momma drama, and disappearances, but they still always seem to come out on top, together. The good news is they seem happy right now as a growing family of four with their two little ones; however, the bad news is that happy couples don’t last long in daytime drama. There’s a good chance that, despite any trouble looming, they will probably still be okay for it.

They aren’t together right now and haven’t been for a while, but no General Hospital fan would be surprised to see these two in the number one spot. They were soap opera pioneers when it came to the term ‘super couple’ and they still hold the record for television viewership when their wedding was aired in 1980. Both Luke and Laura are iconic figures when it comes to their soap characters and their romance was simply a beautiful and endearing love story that has still not been forgotten even decades after the fact.