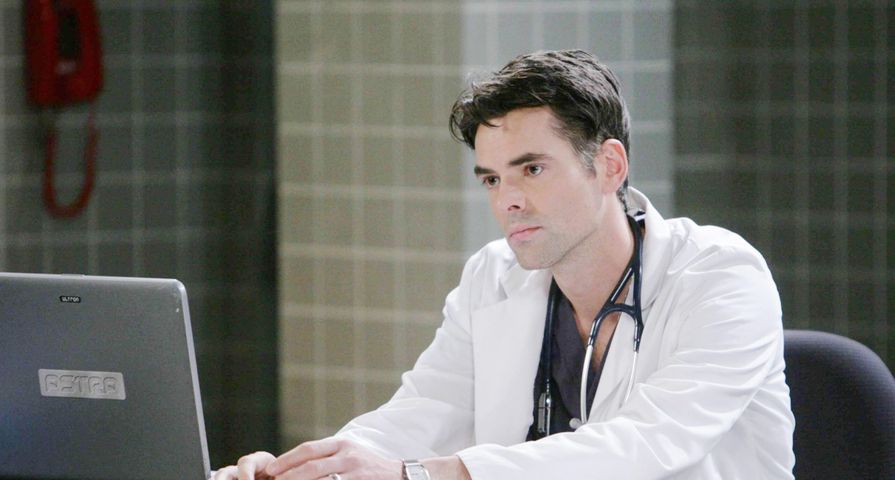 The land of Port Charles has seen many interesting people come and go over the years. Characters pop up for adventures and love stories, only to leave town, head to jail, a mental institute, or at times, even pass away! Ask any fan of General Hospital (GH), and most have a favorite character who has left the show for one reason or another that they wish could be placed back into storylines. Below is an overview of some GH characters we wish never left.

Emily’s passing in 2007 certainly made for dramatic daytime television; however, many would agree that this character should have never left in the first place. Undeniably a fan favorite, GH later tried to introduce Emily’s twin to Port Charles, Rebecca Shaw, but it was not the same, and the character left within the year.

GH fans have seen Kimberly McCullough grow up over the years, and while viewers love Robin Scorpio, the actress herself loves directing more than being in front of the camera. While it is understandable as to why she left Port Charles, many fans wish they could see her more often than they do.

Who else misses actor Billy Miller on daytime? The character Drew Cain was just starting to truly build momentum in Port Charles before his exit, and there are still so many unanswered questions around Cain, the missing patches in his past, not to mention, a lot of viewers would love to see him bond with Jason. Maybe he’ll return someday? Only time will tell.

Duke’s love story with Anna was on the verge of truly blossoming before he passed away in 2015. Could he have not just been shot, and perhaps struggling for his life? Did he have to pass on in such a final way? Many GH fans wish he were still alive today. Duke was an incredible character.

Speaking of wanting a character still being alive, it’s still hard to believe that Nathan West passed away in 2018. While actor Ryan Paevey decided to move on, GH fans miss Nathan West and the magic between him and Maxie Jones. Could he return? Anything is possible in the land of soaps!

While on the one hand, Cesar was an awful person and his passing helped close an incredible chapter in Anna’s story, Faison leaving the land of Port Charles for good was like the end of an era. Who will torture Robert, Robin, and Anna now? With a slew of offspring on the show (looking at you Britt Westbourne to Peter August), should Faison have been axed off so permanently?

Not sure if fans miss Jagger or actor Antonio Sabato Jr., but Cates was an interesting GH character. His chemistry with Brenda Barrett was amazing, and his love story with Karen Wexler was simply beautiful. The character arrived in Port Charles in 1992 and he and Wexler left for California in 1994. Hollywood was calling Sabato at the time, and sadly that meant Jagger had to leave GH behind.

The handsome Jason Thompson played Dr. Patrick Drake on GH for about ten years. The good doctor ended up remarrying Robin in 2015 and the Drake family sailed out of Port Charles together in a beautiful “happily ever after” exit storyline. Patrick is continually missed by GH fans everywhere. After all, viewers get to see Robin and Emma periodically, but never Drake. This might have a lot to do with the fact that Thompson is now on The Young and the Restless; however, most GH fans still wish Jason (and Patrick) were in Port Charles.

Frisco was undeniably a GH fan favorite in the 1980s and 1990s. His super couple status with Felicia was a wonderful love story and audiences adored the super-spy adventures both went on. In the mid-to-late ‘90s, primetime came calling for actor Jack Wagner, and he also jumped ship to The Bold and the Beautiful in the 2000s. While Frisco has been away from Port Charles since 2013, many fans would agree that it would be nice to see Jones pop back up in storylines.

He’s got a mom, a sister, and children back in Port Charles, so what is keeping Lucky away? As the offspring of super couple Luke and Laura, GH fans have watched Lucky grow up over the years and become a wonderful husband, father, and friend. As a pivotal character on the show with so many roots in the little town, and the fact that the character has been played by multiple actors in the past, one must wonder why Lucky ever left GH in the first place?

How many GH fans would love to see Brenda Barrett return to Port Charles? She had an incredible love story with Sonny Corinthos and was a dynamic and interesting character on the soap. With Jax and Sonny in the little town right now, what’s stopping Brenda from making a comeback? Absolutely nothing!

Luke was such a huge part of GH for over three decades that he was on the show. He was one half of Luke and Laura, a super couple that revolutionized the way mainstream media viewed soap opera romances, and he was an integral part of storylines over the years. When Luke left Port Charles in 2015, a huge hole in the little town developed, and things have never really been the same on the show since.