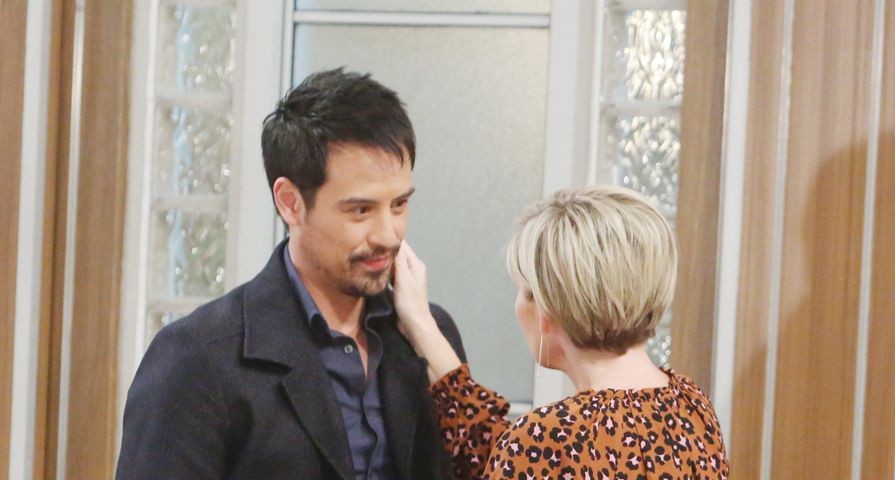 With all the drama that flew into Port Charles during February Sweeps, many General Hospital (GH) fans can’t help but wonder what will happen next in March! Will Michael have to battle Nelle for Wiley? Can Willow get past her grief? Will jealousy drive Franco and Ava closer together? It’s hard not to speculate! As such, below are some GH plotline predictions for March 2020.

12. Crisis At The Hospital

According to GH spoilers, something big is set to happen in early March. In fact, Port Charles will be in crisis mode, with multiple residents sent to the hospital’s ER. This smells like something Cyrus may be up to, all in an effort to get back at Jordan. With that said, who will get caught in the crossfire?

Will Cyrus cause another mass shooting, or could it be a bomb explosion? Hard to say, but the victims might end up being a part of Port Charles’ teen scene. It makes sense that Trina could end up hurt, or even Cam (potentially trying to save her). With that said, someone close to Sonny might be affected, which could send him reeling over the edge.

Around the same time Port Charles deals with a crisis, GH spoilers hint that Jason will demand answers. Could Sam or one of the kids fall victim to Cyrus’ plot of revenge? If that is the case, everyone better watch out, as Jason won’t rest until things are made right, and Sonny will be more than willing to help his best friend out.

9. Michael Steps Away From ELQ

Moving on to other storylines, March will be all about the aftermath of the Baby Wiley drama, as well as Michael settling into parenthood. Good news is that Wiley is quite close to him, but he’ll still want to make up for lost time. He may decide to step away from ELQ to focus more on Wiley during this transition.

It’s a soap opera, so anything is possible, right? While Nelle is in jail right now, she’s a smart cookie and will find a way out of this jam. She’ll get the charges dropped against her, or perhaps just get parole or community service. After all, she can make up some lie that Brad stole Wiley from her, or manipulated her. She had just given birth. His baby was the one who had passed away, so it makes more sense to point the finger of blame entirely on him; he had so much more to gain, and at face value, it doesn’t make sense that Nelle would give up the rights to her own child.

If Nelle gets off for the entire baby switch debacle, she’ll have her sights set on Wiley. She’ll do all she can to gain custody of the child, or at the very least gain visitation rights. Michael will most likely turn to Alexis or Ned for legal support and advice. The custody fight should spark up in March.

With that said, another thing that should ignite is a new Carly versus Nelle storyline. These women have a ton of history, and Carly won’t even be able to help herself; she’ll dive completely into this custody battle and support Michael all she can. She’ll also dive into the drama! Expect a ton of confrontational scenes between these two ladies — it’s bound to get ugly.

On to the other side of this storyline is Willow and her grief. She’ll continue to break down, and perhaps distance herself from Chase all together. She may even gravitate towards Michael. After all, not only is he Wiley’s father, but he too knows how it feels to lose a child. He and Wiley may be able to help her through this.

Then, there’s poor Lucas. He did the right thing by coming forward, and he is part of Wiley’s family, even if he is simply an uncle. Michael will do the right thing and allow Lucas into Wiley’s life. He may even go one step further and ask Lucas to take on the role of Wiley’s Godfather.

Knowing that he’ll still (somewhat) be a part of Wiley’s life will help Lucas move on. But, what about some romance? Well, maybe that’s on the horizon too! Marc Anthony Samuel (Felix Dubois) teased on Instagram recently that he was back working on GH, so perhaps he can help Lucas get over all that has happened as of late.

2. The Truth Comes Out About Julian

There’s one more small thing that has not been revealed around the baby switch, and it was the fact that Julian was in the know. Jerome has been able to bide some time; however, the truth will come out. Once Brad is pinned for all this, and sent to jail, he’ll spill the beans to someone that will tell Lucas. Then, Julian will have to face the wrath of Bobbie, Carly, and Sonny. Lucas and Sam are sure to cut all ties with him too.

With Nikolas back in the picture, things could get shaky between Franco and Liz. With that said, Ava seems as if she may be a little jealous when it comes to Nikolas and Elizabeth’s BFF status and past affair. Could mutual jealousy bring Franco and Ava that much closer together? If so, what kind of drama could it cause for not only Friz but Ava and Nik?