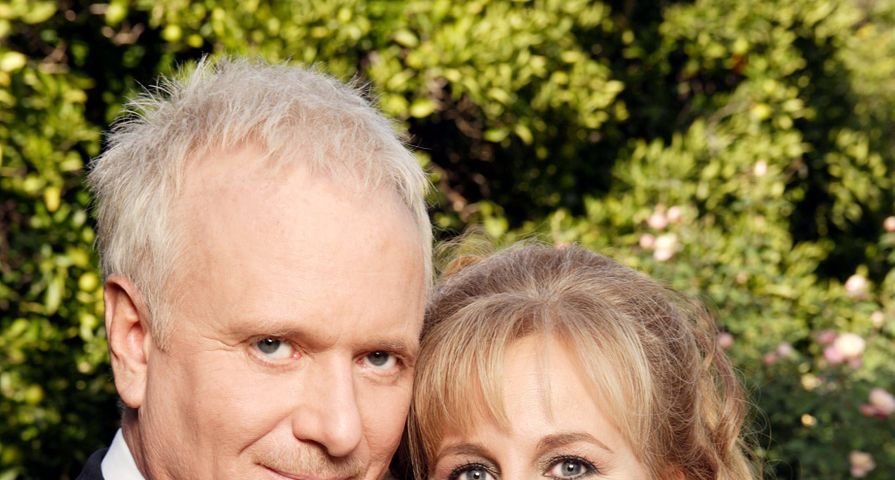 General Hospital (GH) fans have come to expect the unexpected in the town of Port Charles where storylines revolve around the hospital, mob scene, and super-spy action. While there’s always been plenty of romance and adventure, there have also been many plot twists that occurred over the years, which have left fans stunned, shocked, and continually wanting to tune in. Below is an overview of the most unbelievable GH plot twists that have unraveled over the recent years.

Of course, there had to be two Jasons, right? Upon actor Steve Burton’s big return to GH in 2017, writers had to come up with a viable reason around why Billy Miller’s Jason passed all those DNA tests. While it had been teased prior that Jason had a twin, that idea was soon dropped, until the “real” Jason came back. The show went full throttle with the twin storyline, and Drew (Quartermaine) Cain was born.

Even more shocking than Drew and Jason being twins is the fact that Drew and Franco grew up together and were buddies. In fact, Franco saved Drew from being molested as a child. Certainly not something anyone would expect, considering the animosity between these two from day one. With that said, the childhood connection proved to become a bridge for these two men to rekindle a friendship they once had, and a bromance was born in the land of Port Chuckles.

Just when fans thought the truth would finally come out about Baby Wiley, GH threw a plot twist in the mix to keep everyone waiting for even longer! Brad would finally come clean to Lucas about the fact that little Wiley was actually Nelle and Michael’s child – not Willow and Shiloh’s. However, before the news could break to the rest of Port Charles, the two would wind up in a car accident, with Lucas in a coma and unable to spread the word.

Another Cassadine will that was buried in a portrait? It seems fitting that a family as rich and powerful as the Cassadine clan would simply have legal papers that could be stashed in a painting, rather than ensuring their lawyer was kept in the loop. In this day and age of electronics and paper trails, the fact that the GH writers even dreamt up a codicil storyline seemed a tad ridiculous; however, it was nice that Ava Jerome ended up with those papers in her hands, especially considering what Nikolas (and Valentin) had put her through.

Just when GH fans think they have things figured out, a plot twist comes along to shake up storylines. With Finn finding out about Violet, and Hayden finally returning to Port Charles, many viewers believed that a Fayden reunion was only a matter of time. That is until Hayden decided to leave the little town abruptly, without even saying goodbye to her daughter.

How long before these two can finally be happy? First, it was Jason’s disappearance that kept them apart. Then Drew and then Shiloh and bringing down the Dawn of Day. More recently, a stipulation in Sam’s parole stating she keep away from criminals? Will these two ever be together?

Emily was struggling with two things back in 2003: her feelings between Zander Smith and Nikolas Cassadine, and the fact that she also had breast cancer. Emily wanted to shelter Zander from the pain he may feel around her illness, so in an effort to push him away, she pretended to be in a relationship with Nikolas. The only problem was, she ended up falling in love with Cassadine. Fast forward some months, and while she did reunite with Zander, Emily just really wanted Nikolas. One fateful night, she dreamed about Nikolas kissing her, and wouldn’t you know it, she woke up and almost instantly started to get better! In fact, some weeks later, Emily beat cancer, seemingly all thanks to her dream!

5. The Most Evil Of The Cassadines Emerges

Kudos to GH writers and creative for pulling from history to craft a unique storyline and incredible plot twist. In 2009, Helena Cassadine warned Luke Spencer about the evil of Mikkos’ illegitimate son, Valentin. No one ever saw the man, and there was no indication that he may show up in Port Charles. After seven years of fans wondering, he popped up in a storyline where he ended up killing his nephew, Nikolas. The cool thing about Valentin is that while he is clearly evil, he does have a heart, and that is evident when you see him dealing with little Charlotte.

Speaking of the Cassadines, when sweet little Charlotte strolled into town with mom Claudette, GH fans thought she had more to do with Nathan and Maxie, than Lulu and Valentin. The little girl’s “mom” not only exposed the past doings of Nathan and Griffin, but also caused a rift between Naxie, and turned the entire town of Port Charles upside down. Charlotte’s parents were originally thought to be Claudette and Nathan – or was it Claudette and Griffin? Turns out it was neither, and in an unbelievable plot twist the little girl is actually Lulu Spencer and Valentin Cassadine’s child!

3. Olivia Jerome Is Back!

Pretty unbelievable to think that a character who has been gone for over two decades and was shot by her brother could return, but that is exactly what happened. When Morgan’s car exploded, people started pointing fingers at the usual suspects, and because it was Julian’s car, Sonny was obviously an easy choice. However, after much digging, it turned out there was a new mob boss in town. In a weird way, it was nice to see Tonja Walker wreaking havoc in Port Charles once again.

When patients and staff at General Hospital were being axed left, right and center, it created a classic ‘who dun’ it?’ storyline on the popular soap. It always ends up being the one person no one suspects, but when it was revealed District Attorney Paul Hornsby was at the helm of things, GH audiences were taken aback by this unbelievable twist in the plot. Paul was never an angel, but his mental health issues were a very unexpected revelation. It all, literally, came out of the blue.

Most know all about this love story, but even after over 35 years, it still can be considered one of the most unbelievable plot twists of all time. Luke assaulted Laura in 1979 while the two were working at a Campus Disco, and then about two years later, they got hitched and become the soap world’s ultimate super couple. Quite a plot twist for a victim to not only come to terms with forgiving her assaulter, but becoming friends with him, and then eventually falling in love. Alas, this was the case, and for some reason, while it seems baffling to anyone who doesn’t watch the show, it did work well.