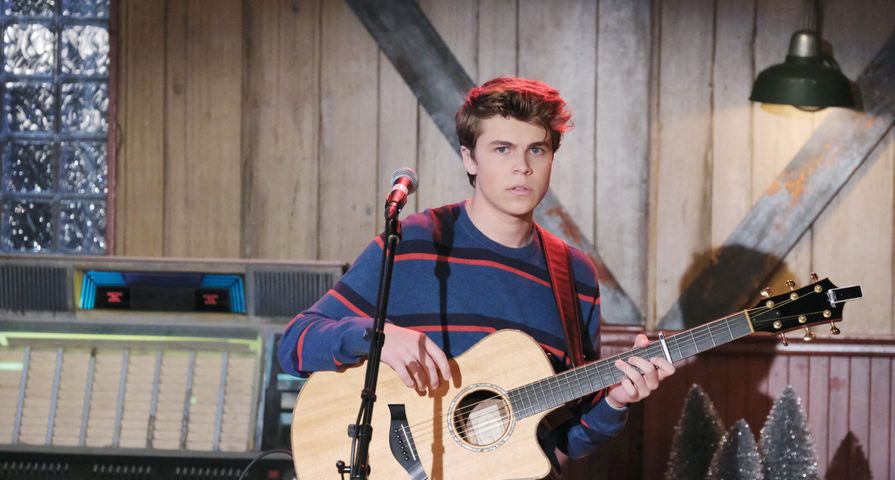 General Hospital (GH) is starting 2022 with a bang! Has Luke Spencer really passed away? Is something else going on? Will Carly and Sonny separate and move on with other people? Will Peter August escape? Fans just love to speculate over storylines! As such, below are some GH plotline predictions for January 2022.

It’s hard for fans to believe that Luke Spencer has really passed away. There’s a good chance he’s alive and well somewhere, battling to get home. While his remains were confirmed, this means literally nothing in the land of daytime drama. Many characters pass on, with a funeral and all, yet still return alive after months or years.

11. Does Victor Cassadine Have Him?

On a recent episode of GH, Victor received a phone call in which it was stated that Luke was “neutralized”. Again, this may mean that Cassadine was behind Spencer’s demise; however, it could also indicate that Cassadine has him hidden somewhere. He might still be alive, but in a cell near Hayden now.

10. What Are Victor’s Plans For Laura?

Victor Cassadine’s phone call also revealed that he has “plans” for Laura, now that Luke is out of the way. Phase two of this “plan” is set to gear up soon, so the puzzle pieces will fall into place during the month of January. The Cassadines have always despised Laura (and Luke), so is Victor hoping to murder her or simply ruin her life? Maybe his plan is to remove her from being mayor of Port Charles, so he can run and win the next town election?

Carly and Sonny will likely stay separated for the month of January. They’ll be on a break, but will they head towards divorce? This would be incredibly sad considering how young Donna and Avery are. While Avery isn’t Carly’s bio daughter, she’s come to rely on her stepmom, who has created a stable family environment for her. Sonny still loves Carly (and vice versa), but is that enough?

8. Sonny Struggles With His Feelings For Nina

The “Mike” side of Sonny loves Nina, but the mob boss side resents her for keeping his true identity from him. With that said, Mr. Corinthos has done plenty of lying in his lifetime, so how much can he judge her? Sonny will struggle with his feelings for Nina this month. In fact, if he’s still separated from Carly by the end of January, he and Reeves may get caught up in emotions and kiss.

Do any other fans get the feeling that if actor Steve Burton was not let go in November due to GH’s health mandate, thus causing Jason to “pass away”, Carly may have turned to “Stone Cold” once she found out about Nina and “Mike”? But without Jason around, could the soap opera have a “Plan B”?

GH has been teasing some chemistry between Drew and a variety of ladies. The obvious first one is Sam. After all, he adored her, and she is the mother of his daughter. There was a subtle hint of some sparks between him and Maxie during some scenes; however, when Carly confided in Drew on New Year’s Eve, there was something between them. Is Drew GH’s “Plan B” to replace Jason in a budding relationship with Carly?

Regardless of whether they’ll be romantically linked, Carly and Drew were quite close when Mrs. Corinthos believed he was Jason. Sure, they kind of went their separate ways after OG Jason returned, but the two still have a history together. Carly is likely to navigate towards Drew in January, if only for friendship. Jason’s gone, Jax (once a close friend) is in Australia, and other than Olivia, Carly could use a confidant to vent to while she’s dealing with her marriage issues.

There’s a good chance Peter could learn the truth about Louise this month. Felicia seems bent on finding her granddaughter and perhaps, due to her digging, Maxie and BLQ will freak out in the hospital about how close her mom is to discovering the truth. What if August overhears the women chatting it up and learns their scheme? He’ll be unhinged and ready to do the unthinkable.

If Peter finds out that Maxie’s been lying about Louise this entire time, it’ll prompt him to cross a line. He’s already motivated to escape and is thinking up ways to get past police security at the hospital. Peter is a sneaky, yet brilliant, scoundrel. He can think on his feet and come up with a plan in no time.

2. Peter Attacks The Teen Scene At The Cabin

The teen scene will head to Sonny’s cabin for some winter fun in the woods this month. What if Peter escapes the hospital, swings by the Quartermaine mansion to quickly kidnap Bailey/Louise, and then heads on the road! In typical soap opera style, August could either run out of gas or experience car trouble near the cabin. In an attempt to find help or possibly settle the baby down, he’ll swoop into the little cottage and catch the teens off guard.

1. Someone Is Taken Along For The Ride

Peter could stock up on blankets, food, potentially gas, and other essentials as he holds the teens at gunpoint. Could an unexpected turn have him taking one of the teens along for his escape/kidnapping spree? Spencer might be a prime candidate, as August has ties with the Cassadines and knows how valuable the young man is to the wealthy family. Then there’s the idea that he’ll take Josslyn. She’s close to Sonny and can be used for a ransom, too. Meanwhile, Cameron could also get caught in Peter’s scam, as the teen is known for his heroism. He could “volunteer” himself, if Peter has one of the young ladies held hostage.