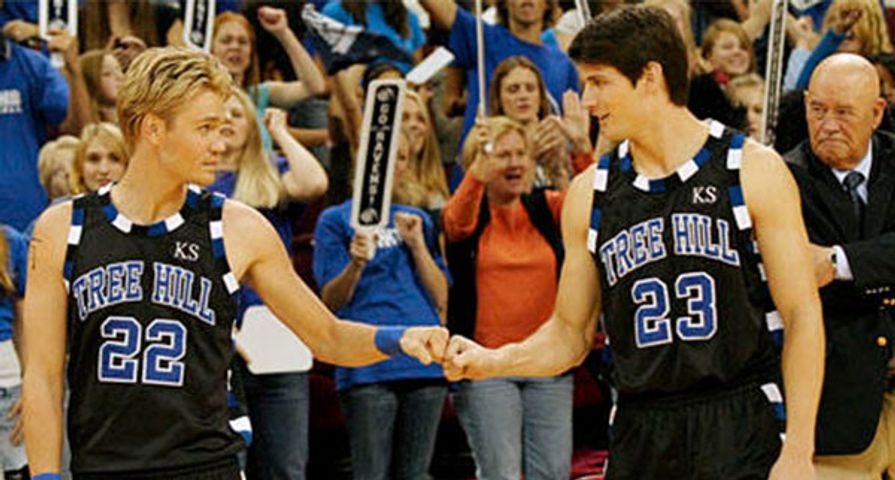 What better way to pull at the heartstrings of die-hard One Tree Hill fans than to start off with the friendship between Coach Whitey Durham and Keith Scott. As two of the most fantastic adult characters on the show, fans will always remember the talks Whitey and Keith had while having a drink in Whitey’s office. From getting Lucas on to the basketball team to Whitey convincing Keith to go after Karen, and of course, Keith bringing Whitey to Dan’s infamous birthday dinner, there are no two other people better to learn life’s lessons from, especially as they helped each other!

This may seem like a strange bromance to put on the list, but it goes without saying that teaming up to save a friend from a group of dangerous kidnappers definitely forms a strong bond. Dan Scott, Julian Baker and Chris Keller are perhaps three of the most different male characters on the show, yet in the episodes leading up to rescuing Nathan, especially the actual rescue, fans saw a whole different side to the characters, and despite being a band of misfits, they were able to talk openly and honest with each other, and most importantly, actually rescued Nathan together. “Hardcore Will Never Die, But You Will” was one of the most violent, yet also one of the most hilarious thanks to the dynamic between the three rescuers.

Nathan and Tim had a dysfunctional relationship to say the least. Tim worshipped Nathan, and Nathan often treated Tim poorly, but they were best of friends and Tim always had unwavering support for Nathan. It is unfortunate to some extent that Tim faded out of the picture, but he made it clear he never stopped cherishing his time being friends with Nathan as he went on to name his only son, Nathan.

After the exit of Lucas and Peyton, and Nathan having a limited role in season 9, fans got to see much more bigger storylines surrounding the supporting cast such as Chase Adams and Chris Keller. Between Chase’s laid-back attitude and Keller’s ego, the pair made for an interesting friendship but was also a great way for viewers to get to know the characters better. Things may have gotten rocky between the two with the love triangle between Chris, Tara, and Chase, but their friendship definitely added a huge source of comedy and entertainment to season 9.

No friendship on One Tree Hill is quite as heartbreaking as the one between Jamie Scott and Quentin Fields. At first, audiences were not fans of “Q” Fields because of his attitude towards Haley and then Nathan, but his relationship with Jamie completely changed everyone’s opinions. Despite the age difference, Q took Jamie under his wing and treated him like his little brother. Watching their special handshakes and rap battles were just some of the highlights of this adorable friendship which only made Q’s death all that more heartbreaking.

If there was any problem with Lucas and Skills bromance, it was that we really didn’t get to see enough of it. In the first few episode Skills makes it clear that he will always be Lucas’s best friends and even gives him some of the hardest truths: “No. We belong here. You’ve never belonged here…Yo, Luke, man, you know you’re one of my best friends, right? Ain’t nothing never gonna change that, man. But keep it real. We ain’t shooting for teams. We’re shooting to be your excuse. And I ain’t about to a part of that, man.” Skills and Lucas made the best kind of friends because, although they were polar opposites, they understood each other like no one else could.

Understandably, Mouth was almost everyone’s best friend, just because he was the greatest of guys, but at times it seems even he was closer to Lucas than Skills. It is revealed that Lucas took Mouth under his wing and introduced him to the rivercourt guys, and that is where Mouth learned his passion for sports announcing.

Season 7 of One Tree Hill had a lot to prove after the exit of Lucas and Peyton, and it goes without saying that adding Robert Buckley as Clay Evans was one of the best moves the show could have made. Fans had to quickly adjust to Clay being not only Nathan’s agent, but also best friend and confidant after Lucas’s departure, and it worked! Clay had the ability to be charming and funny while also sincere and genuine, and he meshed incredibly well with Nathan as the two found common ground not only in sports but for supporting each other in their personal lives. Often, their friendship was as tumultuous as any of the romances in the show, but their bond always brought them back together.

Lucas may have been best friends with Mouth and Skills, but along the way, Mouth and Skills became best friends too. In the end, the two guys were perhaps in the most consistent and reliable friendship on the show. From being rivercourt friends to roommates with epic pranks, and Skills taking Mouth on a road trip to see GiGi, the pair had the best times and of course were the best babysitters for Jamie from day one. One of the best things of all about the Mouth and Skills’ friendship was it often offered a much needed break from the drama of the rest of the show.

Was there any question who was going to land number one on this list? In most cases, it would seem almost unfair to put actual brothers on the top of a bromance list, but for One Tree Hill fans it was anything but a solid friendship or family bond at the beginning. The divide between the two being mended was perhaps the best storyline out of them all on One Tree Hill, not mention it was the biggest factor in transforming Nathan from egotistical jock to arguably the show’s most beloved character. Their friendship meant so much more to fans because they got to witness all the hardships, namely Dan, that Lucas and Nathan had to overcome in order to discover that they actually do care for each other both as brothers and as friends. Whether it was needing a place to crash, or needing someone to fight with, they always had each other’s back.