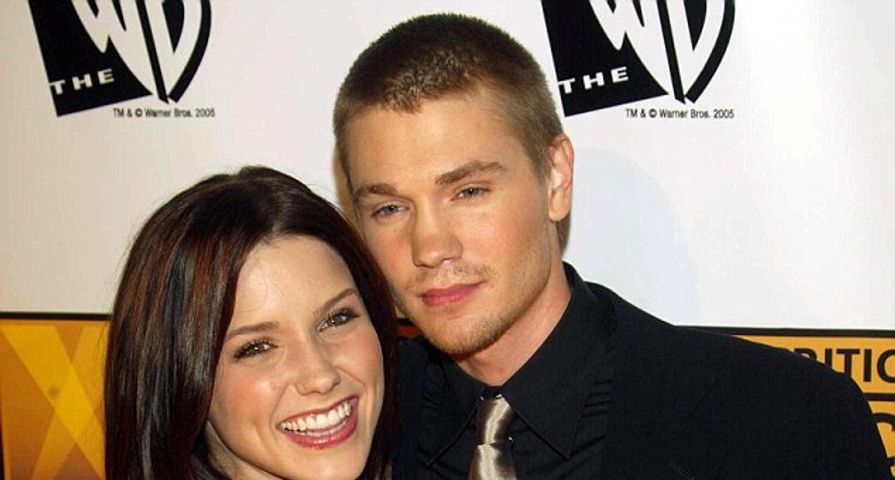 When One Tree Hill premiered in 2003, it quickly became one of the most popular shows on television. The beloved series became even more exciting when Sophia Bush and Chad Michael Murray started dating and eventually got married! Because they played love interests on screen, their relationship gained a huge amount of publicity, but this made things even worse when they eventually broke up and were forced to continue working together until Murray eventually left the show in 2009. It’s now been over a decade since the two broke up, but people will always be interested in their allusive relationship. Both actors have remained extremely mum on the topic of their relationship, but after a bit of digging, we found 8 things you probably didn’t know about their relationship!

Chad Michael Murray and Sophia Bush met on the set of One Tree Hill in 2003. Their relationship moved extremely fast as Murray proposed to Bush in May 2004 after only a year of dating! He popped the question while the two were on vacation in Australia when he filled a tennis court with 20 bouquets of roses and 500 lit candles to spell out a message for her. When asked about the engagement afterwards, he said: “It’s a really, really important moment for a woman, so I wanted to do what I could to make it special.” Now that their relationship has been over for quite some time, Bush has opened up about their engagement and hinted things moved a little too fast. “I wasn’t looking for a relationship, but one found me and became serious, even though I hadn’t planned to settle down until my 30s. But when the person you’re with asks you to marry him, you think: ‘This must be happening because it’s supposed to.'”

The on-set couple were engaged for a year and together for two before they tied the knot at Santa Monica’s Hotel Casa Del Mar on April 16, 2005 in front of 200 guests. Unfortunately, the marriage was short-lived. They announced their split in September 2005, only four months after they wed. Bush filed for an annulment and cited “fraud” as her reason behind the dissolve of their marriage, but her request was denied and the two were forced to go through a divorce in December 2006.

Going off what we’ve heard the Chicago P.D. star say about the relationship between herself and Chad Michael Murray, she believes a lot of what happened had to do with the fact that they were too young to get married. At the time of their wedding, she was only 22-years-old and Murray was 23. “We were two stupid kids who had no business being in a relationship in the first place. To all the other co-stars who’ve worked it out, more power to you,” she said.

This has never been confirmed from either Sophia Bush or Chad Michael Murray, but many suspect their marriage ended because Murray cheated on Bush with none other than Paris Hilton. The rumors surfaced because the two were co-starring in the horror film House Of Wax and in 2006, Hilton’s ex-boyfriend, Nick Carter said in a radio interview that he engaged in a relationship with Ashlee Simpson to get back at Hilton for “cheating on him with Chad.”

4. Working Together After the Split

In an interview with Andy Cohen in 2014, Bush was asked to open up about her relationship with the Sun Records star. Cohen was curious as to how the two worked together from 2005 to 2009 after their messy break up. “At the end of the day, we’re grown-ups, and I actually think it’s interesting that when people split in a way that’s unpleasant, they usually just go on quite literally hating each other – or the person in my situation hates the other person, whatever – but when you have to work with somebody for another half a decade, you kind of have to deal with it,” she said. “Because for me, at the end of the day, my job is my priority.”

Despite both Sophia Bush and Chad Michael Murray being huge celebrities who were starring on a show together at the peak of their careers, the two of them managed to keep their break-up fairly tight-lipped. The press wrote about their split regardless, but neither one of them have spoken publicly about the inner workings of their relationship. In her February 2017 Cosmopolitan letter she talked about how traumatizing it was to suffer through such a public break-up at such a young age. “I refuse to let that one relationship define me, which is why I’ve done my best to avoid discussing it for 10 years. The reality is that, yes, it was a massive event in my life. And the trauma of it was amplified by how public it became, which was incredibly foreign and bizarre to a girl who’d been just another college kid 21 months before her life blew up,” she wrote.

Sophia Bush and Chad Michael Murray rarely if ever speak about their relationship, but Bush has given a few inklings of information that lead us to believe there’s a lot of bad blood between these two. It’s been a long time since the two were together, so they’ve definitely moved on from each other, but it’s pretty clear not all has been forgiven. When Bush appeared on Watch What Happens Live back in January 2014, a caller asked her if she’s remained in contact with Murray since the demise of their relationship. Her response was short, but it said a lot! “That is such an interesting question. But my mother once said to me that if you don’t have anything nice to say, not to say anything at all,” she replied.

As if things on-set weren’t awkward enough having a newly divorced couple working together, Murray started dating a One Tree Hill extra named Kenzie Dalton only a few months after his split with Bush. At the time of their relationship, Dalton was a high school senior, who was only 18-years-old. He proposed to Dalton before his divorce from Bush was even finalized, but the two never wed. They dated for seven years and broke up in 2013. Meanwhile, Bush went on to date two more costars, James Lafferty from 2008 to 2009 and Austin Nichols on and off for six years.