Home » Entertainment » TV » One Tree Hill: 12 Most Popular Couples All Ranked From Worst To Best 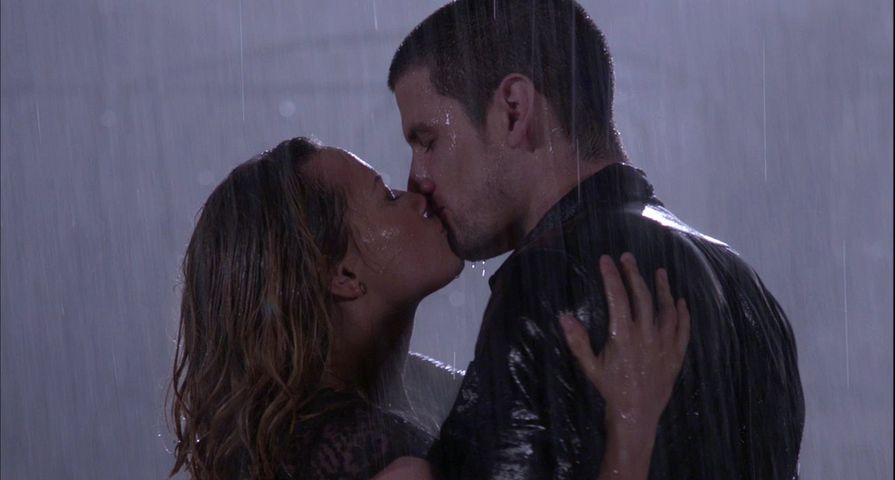 From 2003-2012, fans tuned in for nine seasons of one of the CW’s best series, One Tree Hill. Over that time, audiences watched as the character’s grew up and went through character developments not often seen in other teen series. While fans watched characters grow individually, we also saw many couples form and break-up and dominate storylines over the course of a season or many seasons. With so many couples in the show, a few really stood out, either because they were loved or because they were so awful together. Check out 12 of the show’s most popular couple and where they rank on this list from worst to best.

It is probably safe to say that no One Tree Hill fan saw this relationship coming, and most of us wish we hadn’t seen it at all. In season seven fans were shocked when on his show Scott Free Redemption, Dan Scott reveals his new wife is Rachel Gatina. Then fans were a little concerned because of not only how creepy it was, but because they seemed to actually love each other. With two of the most manipulative people on the show in one relationship, however, no one was ever really rooting for them and we weren’t surprised when the truth came out that Rachel was only in it for the money and fame than her marriage with Dan.

From the moment fans were introduced to Dan and Deb Scott as a couple it was clear that it wasn’t exactly a happy marriage. Deb was introduced as more of an absent mom who hadn’t had much of a role in parenting Nathan in recent years and had left him to the influence of just Dan. After realizing she needed to spend more time with her family, Deb also came to the realization that she didn’t like Dan all that much, and that he had turned Nathan into an arrogant and disrespectful teenager. The progressive breakdown not only of their marriage, but their relationship with each other was intense and entertaining, but frightening with both threatening to kill each other at least once, and of course one very solid attempt at the actual deed by Deb. At any rate watching them together was frustrating and at times concerning.

Another couple we were very surprised to learn of was Lindsey and Lucas. Lindsey never really stood a chance with fans as she came out of nowhere after the time jump between seasons four and five when fans thought they had left Lucas and Peyton happily together (finally). Unfortunately Lindsey was a hard character to like as even when she was being genuine, she seemed rude and condescending, plus it really seemed as if she and Lucas did not have any chemistry. Panic really set in for many One Tree Hill viewers when it seemed that Lucas was actually going to marry her, but luckily fate intervened.

This one won’t come as a surprise because we all know that Nathan Scott and Peyton Sawyer were never a good romantic match. Between their completely different personalities, there obviously being a problem with being true to each other (especially on Nathan’s part). The two did nothing but clash, and luckily it ended soon enough. The more fans got to know Peyton and Nathan, the more they knew they weren’t good together. Of course we were all reminded of this when Nathan’s sex tape scandal hit in season four, revealing that he had hooked up with Brooke while he and Peyton were still together.

Let’s be honest, all we really wanted for almost all of the seasons was for Mouth to be happy. When it comes to good guys in Tree Hill, Mouth was it, but he was also funny and smart, and did not deserve to be played along by Rachel or arguably Brooke. Millie was the perfect match for Mouth, yet things got frustrating when things went from bad to worse for the couple after Millie’s slip into drugs and diet pills, and of course sleeping with Owen. We loved Mouth and Millie together, we just weren’t fans of just how difficult it was for them.

There are still quite a few One Tree Hill fans who maintain that Peyton was better with Jake Jagielski than she was with Lucas, but of course, that was never meant to be. The pair actually had a great storyline, but the fact it was interrupted by Jake having to move away and be constantly on the run from Nikki just made their love seemingly impossible. They had great chemistry, and one can’t help but wonder what would have happened had Peyton not muttered in her sleep “I love you, Lucas” while staying with Jake and Jenny.

As there are some fans who think Peyton and Jake should have been together, there are also some who thought that Brooke and Lucas made a better match, and it isn’t hard to see why. A lot of the time the old cliche is true that opposites attract and it couldn’t be more true than with Brooke and Lucas. He grounded her while she made things more light and fun, pulling Lucas out of his constant brooding which was right in line with Peyton’s personality as well. These two were fun to watch together, and had many rooting for them, plus after that impossibly romantic speech in the rain in the season three episode “The Wind That Blew My Heart Away,” it seemed that Brooke really was the one for Lucas. Everyone knew though that it was always supposed to be Lucas and Peyton, which in some ways is unfortunate.

Clay Evans and Quinn James may have been relatively new characters after stepping in following Lucas’s and Peyton’s exit from Tree Hill, but it took no time at all for them to become fan favorites. Individually, their characters were strong, funny and interesting, but together they made things that much more intriguing on the show! Despite having some ridiculous storylines, such as wandering around together as ghosts, they were still perfect and it is safe to say One Tree Hill really lucked out with the fan response to these two characters because it would have been a different story for the show, had fans not adapted so well following the loss of two main stars.

Lucas and Peyton may have been the central couple for the first few seasons, but we all know who swiftly became the favorite couple, leaving Leyton had number four on the list. Fans may have liked them together and understood that eventually they were destined to be together, but after awhile we began to lose interest in the constant back-and-forth of wanting to be together, and then not — not to mention at times Peyton was just a little too annoying which brought Lucas down too. Things really didn’t get interesting for the pair again until they married and brought Sawyer until the world, but then they left, leaving fans with their number one couple anyway.

One Tree Hill was great for many reasons, but one of those was the complete cast of fantastic characters, which was evident by the interest in everyone’s stories, including the adults, even though it was a teen series. Regardless, Karen Roe and Keith Scott were two of the best on the show, and their love story will forever be in One Tree Hill fan’s hearts. They were adorable and perfect together, and through all of the happy couple moments on the show, Karen and Keith finally getting together was one of the most satisfying moments of the show. Keith’s death remains the worst moment of the show, yet also turned Karen’s storyline into so much more.

Brooke Davis may have come in as a secondary female character to Peyton Sawyer’s main character status, but it definitely didn’t stay that way for long. Sophia Bush as Brooke absolutely stole the show, and fans were rooting for her every step of the way. After overcoming so much and letting go of Lucas, all we wanted for her was happiness, and that came in the form of Julian Baker. The two characters were amazing together, as was their story, which kept us hooked in the later seasons, and their chemistry was undeniable. It all makes sense of course because Sophia Bush and Austin Nichols were dating in real life at the time and the passion definitely transferred on-screen.

There was never question who was going to be number one, and it doesn’t matter how much time goes by or how many other couples were in the show, Nathan Scott and Haley James have achieved iconic TV couple status. Their love story wasn’t like any other couple on TV, and the whole thing was so genuine and realistic it had fans hooked from the beginning. We were invested in every moment the two shared, every fight, and every make-up. Nathan and Haley went through the two best character arcs on the show, and did it together, and there was absolutely no one better on One Tree Hill.