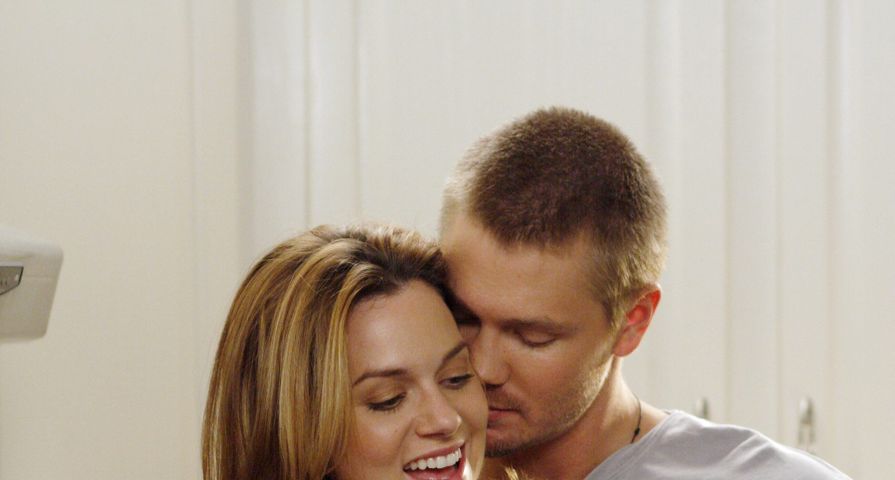 For nine seasons One Tree Hill endeared fans, but only six of those seasons were led by Chad Michael Murray in the main role of Lucas Scott. Six seasons, however, was enough for Lucas to have a lot of relationship drama and while some of his romances were epic, others were frustrating and angering. While it was clear that Lucas and Peyton were destined to be together, it took a lot of time and a few other relationships before they finally found their way to each other. Take a look back at all six of Lucas’s main love interests ranked from worst to best:

Everything was wrong about Lucas and Nicki’s fleeting hookup from the very beginning, and fans wish Nicki had been left at just a hookup for Lucas. After the very complicated love-triangle between Peyton, Lucas, and Brooke came to a crashing end, Lucas used his fake ID to drown his sorrows at the bar, where of course he met Nicki. Fans already knew Lucas was making a bad decision when he and Nicki broke into the mall and hooked up on the carousel, but when she was discovered to be Jake’s ex and the woman who abandoned him and Jenny, she couldn’t get much worse. Lucas had already angered fans with the way he treated both Peyton and Brooke, but hooking up with Nicki of all people was the most frustrating of all and should have never happened.

Technically Lucas and Rachel never dated, but there was definitely hints of the attraction between them although it was clear it would never work. Unfortunately, both used their flirtations with one another as a way to make Brooke angry, and if Rachel was against Brooke than fans were against Rachel. It can’t be denied that Rachel and Lucas looked good together, but their lack of any real interest made this “relationship” a complete dud.

Anna Tagarro was actually an interesting character who was a breath of fresh air when she joined the show in season two. While they had quite the exciting meeting during the dare night that Anna’s brother Felix set up, it became obvious that Anna wasn’t going to be one of Lucas’s great loves. The pair seemed better off as friends as they were always there for each other but didn’t have a lot of romantic chemistry. It was soon revealed why they made such good friends, but such unconvincing lovers — Anna was gay. Although it wasn’t one of the best of Lucas’s relationships, Anna’s character would have made a great addition to the show if she had stayed on.

Lucas’s relationship with Lindsey Strauss was probably the most difficult of all for One Tree Hill fans to come to terms with. When the show left off in season four, fans were comfortable knowing that Lucas and Peyton were heading off after high school together, so the shock of them not only not being together when the series picked up four years later in season five, but Lucas being serious with another woman, Lindsey, everyone was devastated. Because of how badly audiences wanted Peyton and Lucas to be together, Lindsey never really stood a chance, but it didn’t help that her character was actually hard to like most of the time. It was uncomfortable and awkward watching her and Lucas together, and they were quick to rub everyone the wrong way, but while Lindsey may not have been a good match for Lucas, she was his most serious relationship outside of his iconic love triangle.

To this day there are still many who think that Lucas and Brooke made the better match, and that argument can certainly be made. It may be a cliche but for the two it couldn’t be any more true that “opposites attract,” and in fact, they actually worked very well together. Lucas brought Brooke down-to-earth and was her rock when they were committed to each other while Brooke opened Lucas up and brought out his lighter side. Eventually, Lucas convinced even some of the biggest “Leyton” supporters when he would not give up on Brooke being with him and delivered that incredible speech in the rain in “The Wind that Blew My Heart Away.” Although Brooke and Lucas weren’t meant to be, there is a large group that would be totally supportive had they been the central couple of the show.

There is no denying that Peyton was Lucas’s “one true love” which obviously makes theirs his greatest relationship, but it wasn’t all good. The majority of the first few seasons focused on why the two couldn’t be together and it seemed any time they were finally getting to a place they could make it work, something or someone intervened. While fans quickly grew tired of their back-and-forth about being together, when Lucas states, “It’s you, Peyton,” all the stars aligned. Peyton finally fought for Lucas in seasons five and six, and while there were more hurdles along the way they finally had their wedding and welcomed little Sawyer into the world.