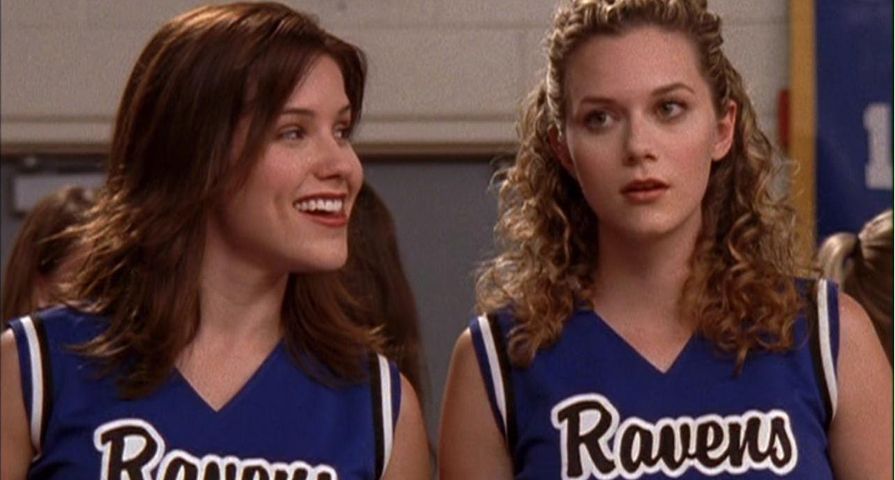 One Tree Hill had a pretty stellar lineup of characters when it comes to the stars of the longrunning show. The chemistry between the core group of actors made it easy for the show to be as good as it was and for the writers to develop characters and relationships with ease. Although Lucas Scott (Chad Michael Murray) and Peyton Sawyer (Hilarie Burton) were framed as the stars of the show, it did not take long for Brooke Davis to quickly become a fan favorite. Expertly portrayed by Sophia Bush, Brooke was gorgeous, sincere, tough and most definitely hilarious. From brutal truths, snappy comebacks and one-liners, it was easy to see why fans latched on to Brooke and loved her as she transformed from high-school cheerleader to high-school president to a smart-savvy businesswoman. There were a lot of great Brooke Davis lines on One Tree Hill, but here are 12 of the best!

One of Brooke’s most admirable qualities is that she is honest and says what she is thinking and has always done so especially when it comes to the relationship and marriage of Haley James and Nathan Scott. They were only 16 when they got married and Brooke loves to make fun of that resulting in some hilarious discussion with the young couple.

Brooke has no problem speaking her mind any given day but in season one she takes a little too much medication for her sprained ankle and ends up high, and hilarious. She decides to give Haley her name Brooke instead and is the comedy for one awkward road trip home from an away game with Peyton and Haley.

Brooke was quick to defend herself and even quicker to defend her friends, which made it even more awesome when she confronted Nikki, who we already hated for leaving Jake and Jenny. Not to mention she still stood up for Peyton even when the two weren’t really friends at the time.

Brooke: “I suggest you leave unless you want your next period to come out of your nose.” 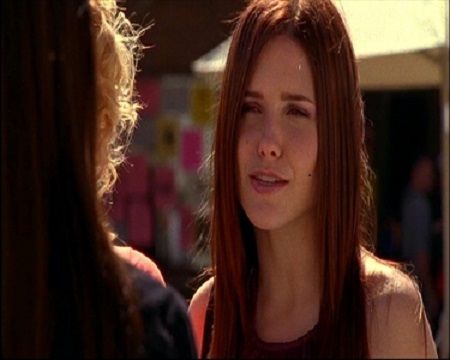 One Tree Hill had a great main cast, but perhaps has the best “supporting cast” a show has ever had in a really long time. Although Chris Keller was meant to be more of “a bad guy,” he was just way too funny to hate and when his sarcasm met Brooke Davis’s quick wits, the interactions were the best. Brooke had some very vivid descriptions and her hate for Chris Keller was well described.

Brooke: “I’d rather lick a puss-infected wound then ever go on a date with Chris Keller!” 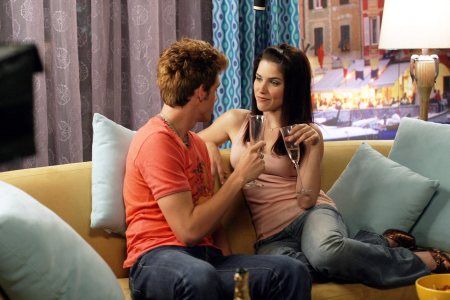 In earlier seasons Brooke Davis was a flirty and friendly cheerleader who liked hot boys and having fun, usually together, and her outlook on relationships was of course very funny, and typically Brooke Davis.

Brooke: “Here’s my philosophy on dating. It’s important to have somebody that can make you laugh, somebody you can trust, somebody that, y’know, turns you on. And it’s really important that these three people don’t know each other.”

Brooke was funny even when she was feuding with her best friend Peyton Sawyer, but she was even funnier when they could play off each other. Brooke always had the right thing to say at always the right moment to sum up the happenings in her friends’ lives and her response to walking in on Peyton and Nathan in a weird tickle fight. 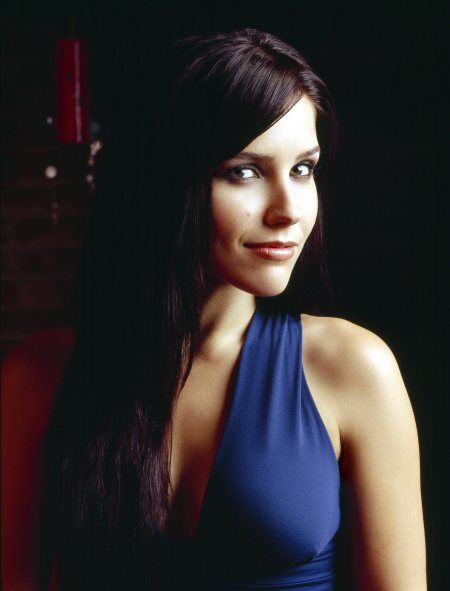 As mentioned, she was hilarious even when in a bad mood and nothing was more perfect than when she told Haley that she had to choose sides in her feud with Peyton. She even had perfectly understandable reasoning for wanting to be on “Team Brooke” instead.

Brooke: “You’re either on Team Brooke or Team Peyton and nobody wants to be on Team Peyton because their captain is a big whore!”

Brooke was gorgeous which meant she exuded confidence and could have her pick of men and of course turn down the ones she wasn’t interested in. Of course, because she was Brooke Davis, she didn’t just turn guys down, her rhetorical shut down was enough to garner an applause

Brooke: “Okay, guy in need of a clue. Here’s one. Women send signals. That was a brush off. Before you dip into your shallow pool of wit let me paint us a picture and save us both the trouble. Here’s your evening. You are going to slink back off to your buddies, laugh this off, get wasted, go home, and make nice with yourself. But don’t be thinking of me, because even your fantasy of me, isn’t interested in you.”

Of all the weird and dramatic love triangles to affect the show, one thing that never happened was Brooke and Nathan, which was surprising when it turned out he had even been with Haley’s older sister. That’s why the discovery of the tape that Brooke and Nathan made one drunken night was not only shocking for the characters, but for audiences and, although everyone got over it, Brooke had good reasoning when Haley confronted her about not saying something sooner.

Brooke: “When am I supposed to bring that up? At a basketball game?  R-A-V-E-N-S! P.S.: I slept with your husband once a long time ago?” 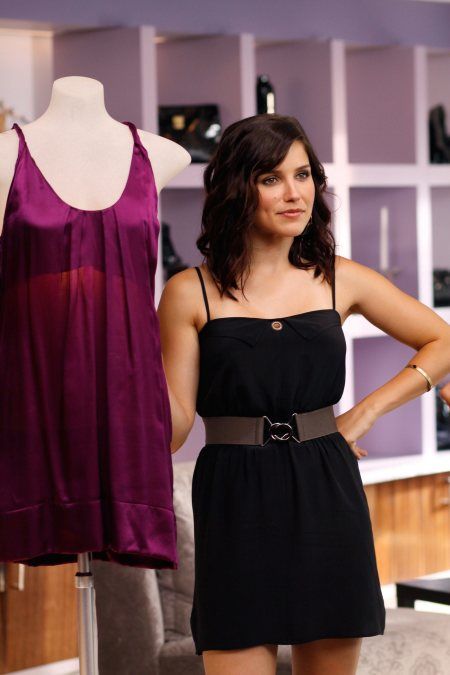 The show jumps right into the dramatics of relationships right off the bat and only six episodes into the first season it was clear not everyone was going to get a happily ever after especially when, as Brooke put it, it wasn’t even a love triangle but a “love rectangle plus one.” Her unique outlook, willingness to give her opinion and of course her optimism made Brooke a very easy to like character right off the bat.

Brooke: “You wanna know what I think? I think Nathan likes tutor girl, tutor girl likes Lucas, and I know I like Lucas, and I have no idea who the hell you like any more so this has been turned into one big love…rectangle plus one…whatever that is.”

Brooke and Chris might end up hooking up at one point in the show, but her general dislike for the guy overrules their relationship. While most of the other characters, excluding maybe Nathan, let Keller’s personality roll off their backs, Brooke has no problem calling him out. When Lucas and Brooke go to New York to visit Haley who is on tour with Chris, Chris is up to his usual antics and Brooke is on the verge of telling Chris exactly what he can do before “suffocating” from his ego, and it is one of her funniest moments. 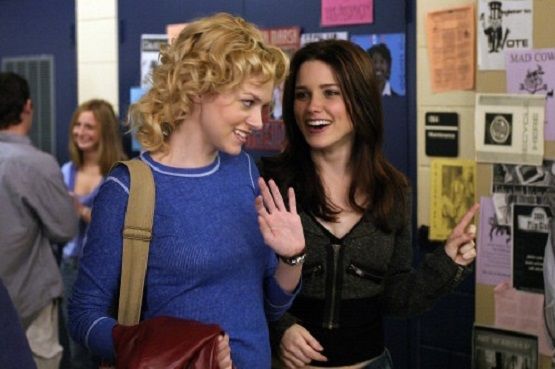 Brooke’s one-liners were great but some of her best moments were when reacting to other people, including not only Chris Keller but her mom, Victoria, and of course her boyfriend turned husband Julian. Nothing was funnier than when Brooke described to Julian the experience of seeing her parents get intimate.

Brooke: “Oh my God, I’m going to stab out my eyes. How do you unsee something? I just walked in on my parents having sex.”
Julian: “I thought your parents hated each other?”
Brooke: “They do! Oh my God it was foreplay for hate sex. Oh gross this is a nightmare. You can’t poke your mind’s eye out!”