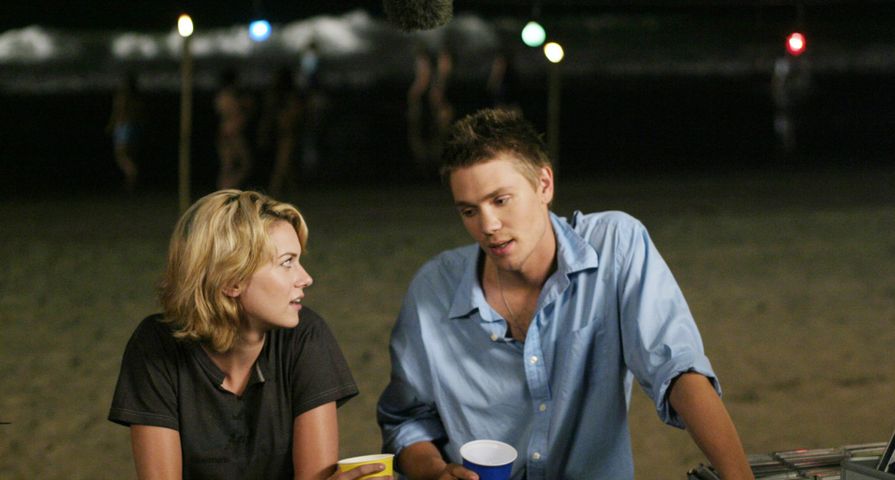 One Tree Hill was without a doubt one of the most popular series of the 2000s, and despite ending its run in 2012, its fans remain especially loyal and passionate about the show and its characters. While all fans know “there is only one Tree Hill,” it is truly a shame the fictional North Carolina town and the people in it are not real. For nine seasons, passionate fans lived vicariously through Brooke, Peyton, Lucas, Hayley and Nathan, and there were so many times we wished we could have been part of their world for real! Here are 10 reasons we would want to live in Tree Hill:

For most people that grew up in small towns, a major complaint is there is never anywhere to go or anything to do, but in Tree Hill there was always Karen’s Cafe. On top of having excellent snacks and coffee, it had the best service in town thanks to Karen, Hayley, and later Deb, and most importantly it was an excellent place when looking for some quality entertainment. From Jake’s debut to Sheryl Crow performing for Haley and Nathan to Gavin DeGraw also doing a performance there and of course Haley singing for Nathan, quite a bit of talent came and went through the doors of Karen’s Cafe.

9. Everyone Is Good Looking

We all know that not even the most popular of kids looked the way Nathan, Lucas, Brooke or Peyton did while attending Tree Hill High. The town had its downfalls, but one thing was for certain, it did not lack for some really good looking people. High school is a difficult time for almost anyone, but when the guys look like the Scott brothers and the girls look Brooke, Peyton, Haley, and Rachel, that would at least be something to look forward to at school. It would also just be nice to live in a town where seemingly everyone was genetically blessed.

Like any high school perhaps not everyone is considered “cool,” but no matter who you are, everyone always comes together for the Tree Hill Ravens. Most towns like to take pride in their local sports teams, but few go as far as Tree Hill does for their basketball team, and of course it helps that the Ravens were extremely talented, making it quite easy to become a passionate fan even if you aren’t that into sports.

In many small towns, many of those who grew up there stay there and raise their own families there and live a low-key comfortable life. In Tree Hill, however, it seems your odds are much better at becoming famous. Lucas became a published author who then sells the rights to the book to turn it into a film; Brooke becomes one of the world’s most famous clothing designers and businesswomen; Hayley becomes a touring singer; Nathan goes all the way to the NBA; and Peyton starts her very own record label! Even convicted killer Dan Scott gets his very own talk show. Being rich and famous is a dream for many, and it seems that if you live in Tree Hill it is much more achievable.

From the idyllic river court to the gorgeous homes of different sizes, Tree Hill truly looks like the perfect town. There are many little reasons to be completely taken by the town and one is that it seems there is little reason to drive, unless of course you have a sweet Comet like Peyton did and just want to cruise around in it. For the most part everything in the main part of town can be walked to, and if you have to drive there really isn’t ever that much traffic. Of course Charlotte isn’t too far away in case a road trip to a Bobcats game is needed!

Tree Hill might seem small and quaint from the outside, but it was definitely never boring! There seemed to be a lot of great events like the yearly Burning Boat Festival where residents are encouraged to throw away bad memories and start fresh. There are of course great school events like pep rallies or the father-son basketball game, and then there is all the drama! Dan Scott is Lucas’s father, but has nothing to do with him. Nathan starts a fight with Lucas in class. Lucas starts a fight with Nathan during Midnight Madness and the cheerleaders brawl! Then of course there was that time Dan became Mayor and killed his own brother. It wasn’t always nice, but there was never a dull moment in Tree Hill.

Karen’s Cafe was a great place for live entertainment, but Peyton and Karen blew that out of the water when they opened Tric. Any group of teens would love to have an all ages club that features really great bands, but that rarely if ever happens, but not in Tree Hill. Tric was a place where everyone could have fun; adults could have booze; and some seriously awesome parties could be held. Some huge names performed there, which in itself is pretty unbelievable. It would be worth it to live in Tree Hill just to be able to hang out at Tric on the weekends.

There was the core group of characters on One Tree Hill, but there were many characters who stole the show time and time again. Tree Hill was the kind of the place where the adults were people you wanted to turn to and were always willing to listen and lend a helping hand. From Keith Scott at the his mechanic shop to Karen at her cafe, and of course Coach Whitey in his office, they were always there and gave some of the best life advice possible. Maybe their advice wasn’t followed every time, but it was always honest and heartfelt, and they really seemed like genuine people you could open up to.

2. To Hang Out With the Group

Obviously, if you were to live in Tree Hill you would want to be friends with the main group because their lives are always interesting, but each one is so different it would be best friend group to have. You could turn to Nathan for any sporting advice; Haley for any wisdom; Peyton for music; Brooke for clothes and style, plus she always tells the truth even if it is harsh, and Lucas for a little bit of soul searching or if you need a brooding partner. If any group is going to help you through any tough times, it would be those five.

The teens of Tree Hill went through some very intense and crazy things, and often they did it without their parents around. Peyton essentially lived in her big gorgeous home by herself; Karen was often busy with the cafe; Brooke had no parents after they left her behind; and Nathan emancipated himself from his parents because of all the turmoil and drama between them. It wasn’t hard to do what they wanted when they wanted when there seemed to be few parents there to actually govern what they were doing.