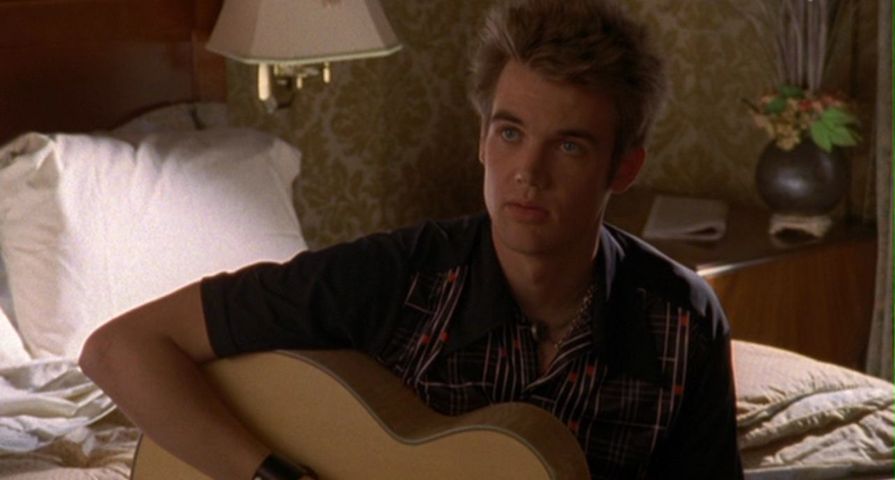 There is a lot to be said about why the cast of One Tree Hill was so good. From perfect casting choices for each role, to excellent writing that formed and developed characters and their personalities, it’s easy to see why the show was so successful for nine seasons. One of the most underrated parts of the show, however, is that it also had one of the best supporting casts seen in a long time. Aside from the core group and the exception of the exit of Lucas and Peyton, there was a constant rotation of great characters added to the mix, either for certain storylines or as longtime guest stars. Fans of the show cannot deny that, as much it was easy to love Lucas, Nathan, Peyton, Brooke, Haley, Mouth, Karen, Deb, Dan and Keith, it was also very easy to love some of the more minor characters because they added so much with just their part. Check out 13 minor characters who stole the show on One Tree Hill.

One Tree Hill had a lot of characters to keep track of as the adults and parents were just as important as the teens, which meant there were a couple important additions to that group as well. Although we could not get over the idea that Keith and Karen should be together, Kieren Hutchison as Andy Hargrove made it really hard to be on Team Keith. Andy was sexy, charming, smart and kind and, to top it all off, he challenged Dan Scott unlike many had the guts to do and, although he gets deported by Dan, which leaves room for Keith and Karen to actually happen, he was greatly missed. He had some great lines, “I thought you were 6, not 6’1,” made Karen’s storyline very interesting and it was very exciting to see him back, along with Karen and Lily, for Lucas and Lindsay’s wedding in Season 5.

In between their great love, Keith Scott also got very serious with someone else, a character which ended up providing a major storyline for the show for 11 episodes in Season 2. Maria Menounos played Emily Chambers who we all knew as Jules after she was paid by Dan to seduce Keith and break his heart. Regardless of the intentions of her character,  it was hard not to like her and she and Keith seemed like the perfect match. Her chemistry with Keith and the believability of her character had audiences drawn to her during her time on the show and left many wondering if there was any way to keep the character around longer.

Audiences as well as the show’s characters had a very rocky relationship with Quentin “Q” Fields, one that ended in a very sad and shocking way. Q, played by Robbie Jones, stole the show in many ways, most of which was his character development and the changing relationships as he went from cocky basketball star to a big-hearted friend of both Jamie and Nathan. Fans quickly became invested in the character as he not only took Jamie under his wing, but also helped Nathan build his career back after his injury. There was so much potential for Q and, after his death, the episode “Get Cape, Wear Cape, Fly” was a perfect goodbye, dedicated to the memory of his character.

When Stephen Colletti showed up on One Tree Hill as Chase Adams, all fans knew was that he was the guy from Laguna Beach, but were pleasantly surprised by the ease of which he fit into the our favorite group of Tree Hill Ravens. After his initial introduction during their senior year in season 4 it was clear Colletti had the acting chops and comedic ability to keep up with the group, and clearly he was loved. Eleven episodes into Season 5, set four years after high school, Chase returned as the bartender for Tric and quickly became a notable and favorite character.

Through all the drama of the show, not one storyline was as intriguing or suspenseful as the one featuring “crazy” nanny Carrie. Torrey DeVitto’s character was introduced early in season 5 to help take care of Jamie while Haley went to work and Nathan recovered from his accident. She instantly became a major part of the show as she goes from fun, hot nanny to psycho nanny. Causing a huge rift in the marriage of Nathan and Haley and becoming obessessive over Jamie, fans never knew what she was going to do next. Little did they know her character wasn’t done yet as she proceeds to kidnap and torture Dan in a bizarre yet incredible storyline. Few characters can come in and make such a big impact as Carrie did on One Tree Hill.

For many of the early seasons, Brooke Davis’s parents were only talked about and never seen, but even that couldn’t prepare audiences for the “b-tch on wheels” that was Brooke’s mom, Victoria. First introduced as an employee of Brooke’s with a mind for business after Brooke’s label Clothes Over Bros has become a billion dollar business, it isn’t until the end of the episode Brooke reveals Victoria is not just any other employee — she is her mom. Daphne Zuniga does an excellent job as a female Dan Scott type character as we love to hate her and then warm up to her without intending to. Victoria becomes an integral part of the show, goes through great character development and is an excellent form of comedic relief, especially when playing off Sophia Bush’s Brooke Davis.

Of all the characters who should have stayed around forever, it is definitely Jake Jaglieski. Right from the beginning Jake had one of the most interesting storylines on the show, as the writers flipped the script on the usual “teen, single mother” plot and had Jake struggling as a 16-year-old single father to Jenny. Bryan Greenberg’s character was completely lovable and his story just got better and better as Nicki (Jenny’s mother) was introduced, and of course his relationship with Peyton, which made us believe she could actually be with someone other than Lucas. His character literally stole the show not once but twice, first when he arrives just in time to stop Peyton from buying cocaine and again when it is revealed she buys a plane ticket to go see him and Jenny instead of her then boyfriend Pete Wentz. Everything Jake did made everyone happy.

Following the departure of Lucas Scott and Peyton Sawyer at the end of season six, the show had to find a way to amp things up with the loss of two major characters and also keep fans interested even with two stars gone. Mark Schwan and the writers made this happen by shifting Brooke, Haley, Nathan and Mouth into the main focus and, of course, by adding some great new recurring stars, including Haley’s sister Quinn James, played by Shantel VanSanten. It didn’t take long for Quinn to become a main part of the show and her storylines, especially her relationship with Clay, made it easy for fans to accept her as a permanent addition.

Somehow the chemistry between actors both new and old was perfect, making the transition of different characters come and go easy for both the show and fans, and most importantly allowed the show to run on for three season without the two “main” stars. A big factor in this success was Robert Buckley’s character Clay Evans, Nathan’s friend and agent. Clay stole the show easily thanks to a suspenseful plot surrounding his dead wife, his growing relationship with Quinn and then the revelation of him having a son. While a lot of it was dramatic, Evans was also a source of comedic relief whose lines and timing added a breath of fresh air and his chemistry with Nathan made him an instant winner with fans and a more than acceptable replacement for Lucas.

Jana Kramer’s character Alex Dupre came to One Tree Hill in fast and furious style, leaving little time for audiences to adjust as she swept in and stole the show. Alex was yet another character added after the departure of Peyton and Lucas, arriving in the second episode of season seven, leaving  fans little time to wonder what happened to “Leyton” as they became engulfed in her life, attitude and observed impact on Brooke’s life. She may not have been well liked in the beginning, but that did not mean she wasn’t a great addition and before long as her character developed it became harder and harder not to like her. She was pretty, tough and very funny and while Brooke was always the main focus when on-screen, it was always a battle of attitude and wit when she and Alex were together.

It didn’t take the exit of main characters to always introduce new ones, and it was clear after  immediately meeting Rachel Gatina, she wasn’t a character that was going to fade away into the night. This proved true as she wound her way into the group and became a force to be reckoned with, garnering her own dramatic storylines, which included her friendship with Mouth, her relationship with Cooper, her friendship with Brooke and, of course, her role in the wedding day car crash, leaving herself, Nathan and Cooper hosptialized. She really stole the show, however, as the catalyst for three extremely important episodes; Nathan and Haley’s wedding, the school-shooting and the recovery episode at her cottage. Her penchant for stealing the show was regained when she appeared in season 7 as the wife of Dan Scott to the shock of fans everywhere.

Even before Peyton left the show, it didn’t take long for Brooke Davis to steal the spotlight and become the favorite female character on One Tree Hill. The only thing we had been waiting for was her to finally get the love she deserved, and nothing was better than the casting of Austin Nichols as Julian Baker. Julian’s story went from great to greater when he started out as just a movie producer for Lucas’s movie, only for it to be revealed he had had a serious relationship with Peyton when they were both living in L.A. While that was enough for him to capture our attention fully, his relationship with Brooke and the drama with Alex is what really solidified him as not just another character but an extremely important character, who fans couldn’t get enough of.

Oh, Chris Keller. There is so much to be said about this character played by singer Tyler Hilton; however, Keller has probably already said it all himself. Chris Keller was in and out of the show starting in season 2, episode 6 all the way to the last episode in season 9. Appearing in only 29 episodes kept him from being considered a star; however, the episodes he was in, he was definitely the star of. Somehow his ego and arrogance was hilarious and intriguing, instead of off-putting and no matter how much audiences shouldn’t have liked him, he was just way too funny to hate. His banter and humor not only stole the show but stole our hearts, and every day we miss One Tree Hill, we miss Chris Keller just as much, which is not bad for a guy who wasn’t even a starring character.