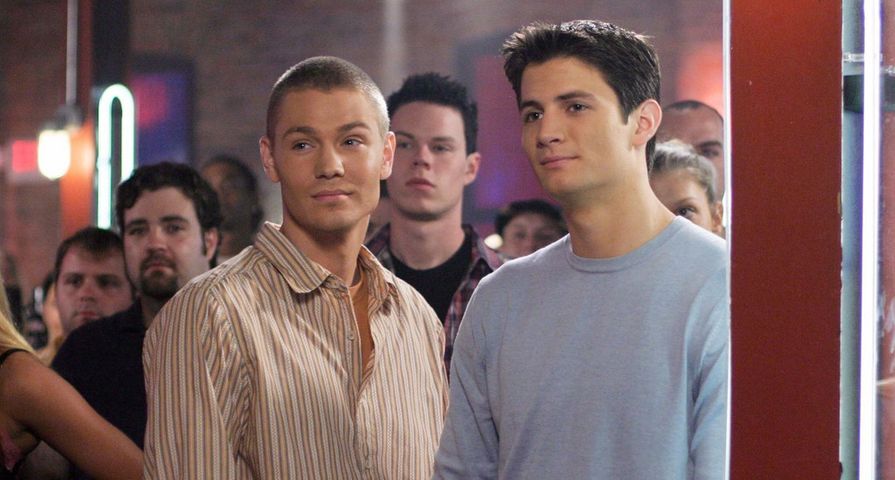 One Tree Hill had one of the biggest impacts on audiences of any show in recent years. Its popularity and stellar cast led it through nine amazing seasons, and although it has now been over for four years now, fans still cannot get enough of everything One Tree Hill. As with any show, as the years go on, more and more details and secrets are spilled about what really went on with behind-the-scenes and all of the things that went into getting the show into production. From casting switches to all the little details, and interacting with fans, check out 10 behind-the-scenes secrets about One Tree Hill!

So much of the early seasons center around Peyton and her artwork, and gave us the iconic line, “Your art matters. It’s what got me here.” It seems so natural that the art would actually be the work of Peyton (Hilarie Burton), but while Burton is talented, she’s not that artistically talented. It turns out the art is actually the work of Helen Ward who was hired on by One Tree Hill to provide the images that swarm Peyton’s storyline. “Before joining OTH, I had already worked as a set designer, a storyboard artist and illusrator for a number of films. But I still had to try out for the job. I think they asked a bunch of people to give their shot at a particular drawing. They were pretty specific about what they were looking for. I guess my work was closest. I got the job,” Ward said of getting hired. She also revealed that she would turn in a complete version and unfinished version of each piece Peyton works on so Hilarie would just draw over lines placed on the unfinished piece to make it look like she was actually doing it.

9. Could Have Been Jake

Lucas Scott and Peyton Sawyer, affectionately referred to as Leyton, were the central couple for the first few season before Nathan and Haley ran away with our hearts, but of course things were never easy Leyton. They both dated many other people, and some still argue that Lucas and Brooke Davis, and Peyton and Jake Jagielski would have made better matches in the long run, and after the show ended, creator Mark Schwan admitted it could have happened for Jake and Peyton. “I think they would have been very happy. They were a very soulful couple. They were a couple of artists. And they had great chemistry too – Bryan and Hilarie had great chemistry. She would have been completely happy. She chose an artist and she chose a writer, but not everybody’s gonna choose the musician, come on!” Meanwhile Bryan Greenberg gave an update on Jake: “Jake Jagielski is on the run, I always feel like. With his six-string! He’s, like, in Mexico. I see him with a really long beard.” 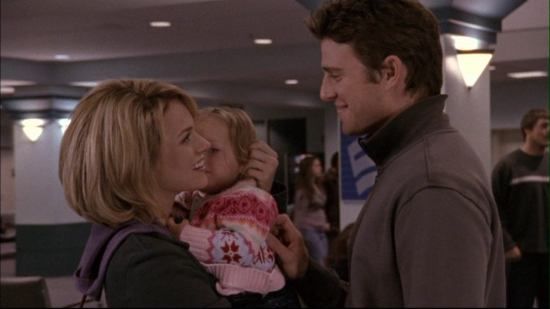 There were a lot of bonds and relationships made, broken and mended on the show, but one of the strongest was Lucas Scott and Haley James. They were the perfect best friends, and unlike a lot of other high school boy-girl friendships, there was never a question if they were going to get together because they were truly just great friends. It seems, however, there almost was no Haley! The first version of the show’s pilot that was filmed had actress Samantha Shelton as a character named Reagan, Lucas’ more tomboy-like best friend. After the show was picked up by The WB, executives decided Reagan didn’t fit in and had her replaced with Haley (Bethany Joy Lenz). 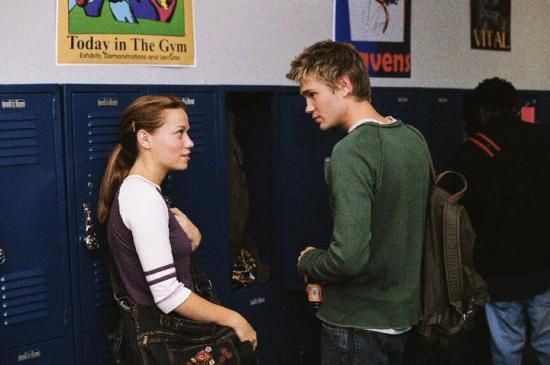 Sophia Bush quickly became one of the most beloved stars of the show and many times outshone female lead Hilarie Burton, but her road to being Brooke wasn’t so easy. She auditioned for the then unnamed role three times before finally being cast, but once she was cast, she even got to name the character and named her after her college roommate. 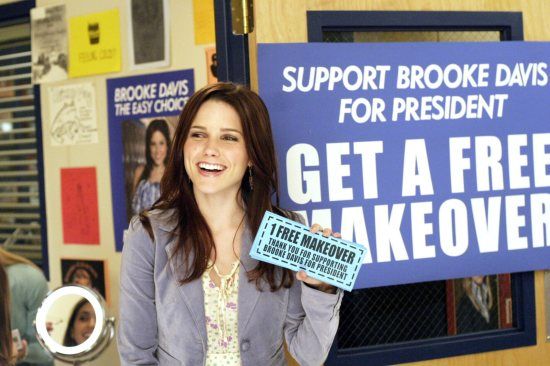 Many fans would have given anything to live life on the One Tree Hill set, but they would have to be early risers! The cast revealed that the average starting time for a day of shooting was 6:30 a.m.

Both Chad Michael Murray and Hilarie Burton had a hard time with rumors when they left the show after season six. Both were labeled as divas who were demanding more money, or thought they were too big of stars to be tied to the show, but both assured the exit was agreeable for everyone and have remained active in OTH conventions since. Luckily, Murray briefly returned as Lucas in season nine, and when talking about his return joked that Lucas was “over in New Zealand” far from the Tree Hill drama. In all seriousness though, he admitted that one of his biggest draws to come back was to work one more time with Bethany Joy Lenz. “I love Joy. She’s just so f–king gifted, excuse my language. When you say someone’s good and how much talent they truly possess, sometimes an expletive is the only way to say it.” 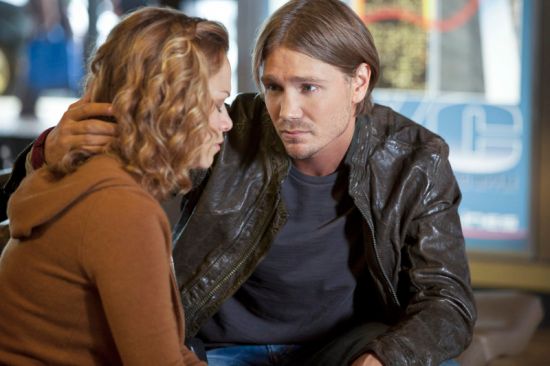 By now most fans are well aware that Chad Michael Murray was first offered the part of Ryan Atwood on The O.C. but opted for One Tree Hill instead where Mark Schwan had him in mind for the character of Nathan. Murray was much more interested in the role of Lucas, and connected with the character more, landing the role instead. As it turns out, when James Lafferty first got the script he was determined to be Lucas. “I read the script while I was still in high school, and originally auditioned for the character of Lucas. But they had already chosen Chad Michael Murray.” Luckily, they saw potential for Lafferty as Nathan and had him re-read for that character, leading to the best Scott brothers that could have been chosen! 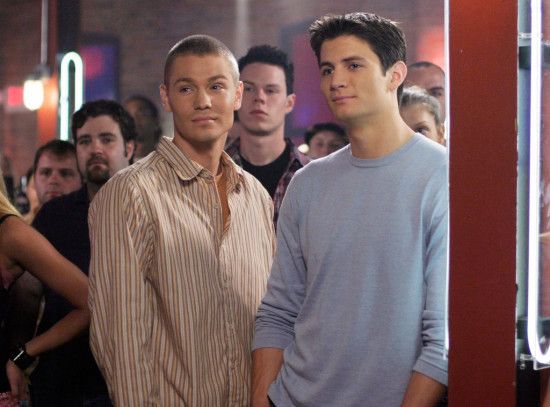 There was a major uproar from fans back in One Tree Hill‘s sixth season when it was announced that both leads, Hilarie Burton and Chad Michael Murray, would be exiting the show. As is common, rumors instantly ran rampant about the reason why and many of it came back to the pair being divas on set because they were the “stars” and demanding more money, something that hurt Burton. “I think everyone was kind of agreeable about the situation. There were a lot of really wonderful conversations. It wasn’t a rash decision; a lot of thought, emotion, and kindness was put into it,” Burton stated. She added, “There really wasn’t a lot of turmoil. It was a fabulous six-year run, which is how long my contract was for, and I feel really lucky to have been a part of the show. So when I hear that there’s turmoil or negotiations based on money it kind of hurts my feelings, because it’s not what’s been going on at all.” 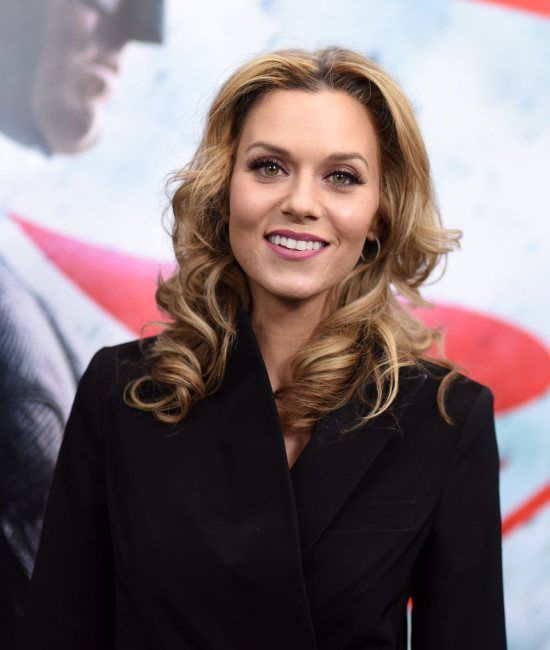 Bethany Joy Lenz was the perfect Haley James, but in the beginning producers weren’t quite sure where they wanted her and had her audition for both Haley and Brooke. In an interview years later, she admitted that she purposely didn’t give her all for her audition as Brooke though because she wanted the role of Haley so much. 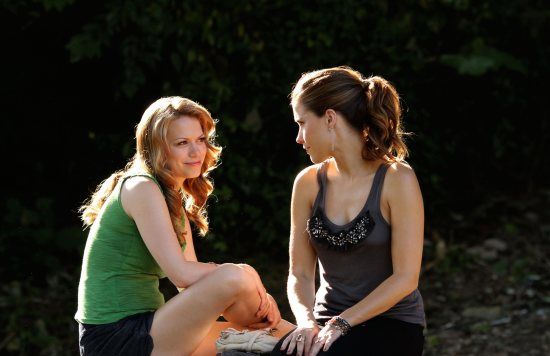 As the biggest basketball star on the show, and the biggest basketball star in real life out of the cast, James Lafferty, took it upon himself to have fans join in on One Tree Hill‘s basketball culture with a charity event. Lafferty ran the annual charity basketball game for five years, before a few ruined it for everyone, causing him to cancel it. “As a result of constant harassment and gross invasions of privacy via e-mail and telephone, targeting myself, my friends and even my family, I no longer feel comfortable holding a fundraiser in such an intimate setting with fans,” he wrote in a statement on OTHfans.com.