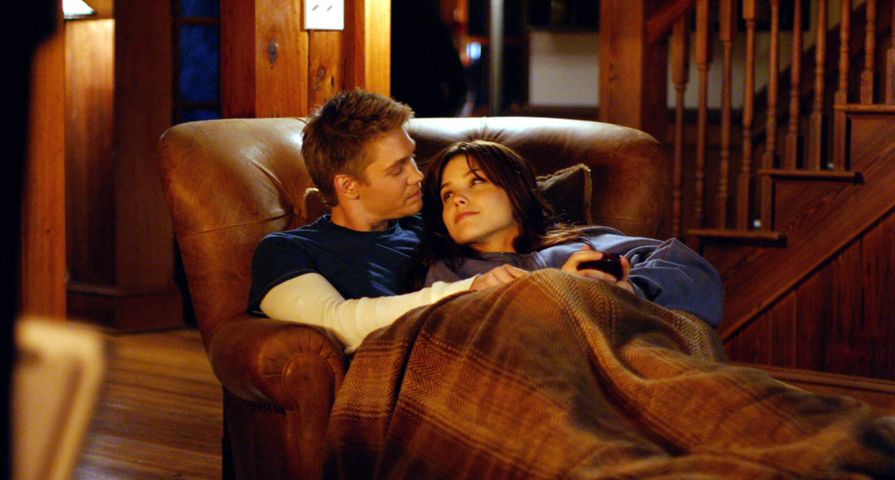 One Tree Hill had a lot of heart-stopping romantic storylines, and a few of them included heartbreaker herself Brooke Davis. Out of all the amazing main characters on the series, Brooke definitely had the most interesting love life, ending up with some truly great guys, and some that were not. From short flings to full-on romances, Brooke Davis went through quite a bit before she found “the one” and fans were with her every step of the way! Here are all of Brooke Davis’s love interests from One Tree Hill ranked worst to best:

There are a few reasons why Brooke’s fling with Nathan Scott ends up as the worst of her relationships or hook-ups on the series. First of all, the one-night stand was only exposed well into the series in season four’s “Sad Songs for Dirty Lovers” although it took place before where the Pilot episode began the series. Secondly, the release of the sex tape caused not only turmoil in Nathan and Haley’s friendship, but also almost destroys Brooke and Peyton’s friendship forever in one of their biggest fights ever.

Honestly, if anyone was going to hook up with a teacher, it was going to be Brooke, but at least she didn’t know he was a teacher and he didn’t know she was a student, at first. In the beginning, Nick Chavez seemed like a hot new fling for Brooke but the red flags went up for fans after he discovered she was his student and didn’t put an end to their relationship. Things only got worse when Nick proved what a sleaze ball he was after he cheated on Brooke with one of the models from her very first fashion show. Brooke Davis could do so much better than sleeping with her teacher, even if he was hot, and she definitely didn’t deserve to be cheated on by someone like him, making it definitely one of her worst relationships.

Arguably Brooke’s most regrettable fling of all was her hook-up with none other than Chris Keller. Although Brooke had rebuffed any and all of Chris’s advances, much to Brooke’s disgust, she and him ended up together after the fantasy boy draft after Rachel’s conniving ways got her Lucas. Even though the date didn’t go well, the pair ended up drinking and then ended up in bed together just in time for Lucas to show up to declare his love. Fans may have grown to love Chris Keller, but once he got in the way of Lucas and Brooke, there was nothing but hate for him and the one-night stand that almost ruined it all for Lucas and Brooke.

Brooke and Felix got off to a rather rocky start, and the way Felix introduced himself to Tree Hill really made it hard for fans to root for the pair. Brooke tried desperately to keep their relationship at “friends with benefits,” but after what Brooke thought was Felix’s grand gesture by buying her dollhouse back she actually fell for him. For a short period of time, they actually seemed happy and fans understood Felix more when he explained his heartbreak from a previous girlfriend. Unfortunately, in the end he showed his true colors and revealed he was definitely not good enough for Brooke when he spray-painted “Dyke” on Peyton’s locker which he did because he did not agree with his sister, Ana, being a lesbian.

Fans didn’t actually get to see too much of Brooke’s relationship with Nick Lachey, but the fact he was playing himself instantly made this whole fling awesome. It seems as if the two had dated in the lost years between seasons four and five which fans didn’t get to see, but just the one episode in which Brooke brought him to Lucas and Peyton’s wedding to make Julian jealous was enough to know they could have been cute together. Of course, Brooke only did that because she was in love with Julian and fans didn’t want anything to come between them, even Nick Lachey.

After everyone’s return to Tree Hill, Owen Morello stepped in as the hot new bartender at TRIC and  a very viable love interest for Brooke. Although he ended up being a good friend of Brooke’s ex Chase, the chemistry between the pair was undeniable and fans fell for Owen just as hard as Brooke did. Their relationship definitely took some interesting turns, but there was no getting past the fact that Owen did not share the same dream of a family that Brooke had and he took off when Brooke was granted temporary custody of Angie. Owen was definitely hot, but also too selfish to be with Brooke at that point in her life.

Chase and Brooke were very adorable, but Chase always just seemed too innocent. Brooke made it quite clear that the “clean teen” was a conquest and part of her only wanted him because he was hard to get. Although there were challenges in their relationship, the two actually ended up being really stable, and since Chase wasn’t the dramatic type, he was exactly what Brooke needed. When the show left off after high school, they were still a happy couple, and although fans were sad to see they weren’t together four years later, no one was surprised either.

Despite One Tree Hill’s intentions for Peyton and Lucas to always be the couple that was “meant to be” there are quite a few fans who think that Brooke should have ended up with Lucas. While Lucas and Peyton were so similar, Brooke brought out a fun side in Lucas and made him open up much more. Perhaps Chad Michael Murray and Sophia Bush’s off-screen chemistry at the time played a part, but at times Brooke and Lucas were also much more believable. Then, of course, there was no way to believe they wouldn’t be together after Lucas’s unbelievably romantic speech in the rain. They overcame a lot, but once Lucas cheated on Brooke with her own best friend Peyton it was clear that he was not going to be guy Brooke, or some fans, wanted him to be, and that B. Davis really could do better.

There were a lot of great additions to the cast in later seasons, and Austin Nichols as Julian Baker was one of the very best. At first, his push to get Lucas’s book made into a movie and his past relationship with Peyton had many wary of him and his intentions, but that all went away when his character developed. Julian turned out to be the most charming, sweetest, and romantic guy for Brooke, and for awhile their relationship definitely took center stage as all anyone wanted to see was Brooke finally happy with the man and family she deserved.